The presidential debate — it’s a time-honored tradition that is often referred to as the Super Bowl of politics. But as former Vice President Joe Biden and President Trump prepare to face off in three scheduled debates, the question remains, how crucial are these matchups?

The modern debate dates back to 1960, when then Senator John F. Kennedy and Richard Nixon, who was Vice President at the time, grappled in the first televised debate. The late September event had about 70 million Americans tune in and lasted for just under an hour. But within that hour, Kennedy successfully challenged the notion that he was too young and inexperienced to take on the presidency, while a noticeably perspiring Nixon faltered.

The debate goes down in history not only because it was the first of its kind. Experts argue it also proved how significant media exposure, especially television, can be in presidential campaigns.

Sixty years later the debate has become a staple of presidential elections, and the event sometimes brings in blockbuster ratings.

“Typically, a debate is the second highest watched program of the year after the Super Bowl”, Alan Schroeder, a debate historian and author, said. “This year, with the absence of all the traditional campaign events, I would expect that maybe more people than normal even will watch the presidential debates.” Before mass media, debates were one of the few opportunities for the public to hear from the candidates. But now, with an overabundance of exposure for years leading up to election night, the debates are no longer introductions to candidates. Instead, they provide an uncontrolled setting where candidates can face off.

“It's very risky for the politicians,” Schroeder said. “It's very dangerous live TV, they don't know what's going to happen.”

But it’s a risk that can pay off with some iconic moments, like it did for Ronald Reagan in 1984 when he faced off against former Vice President Walter Mondale. 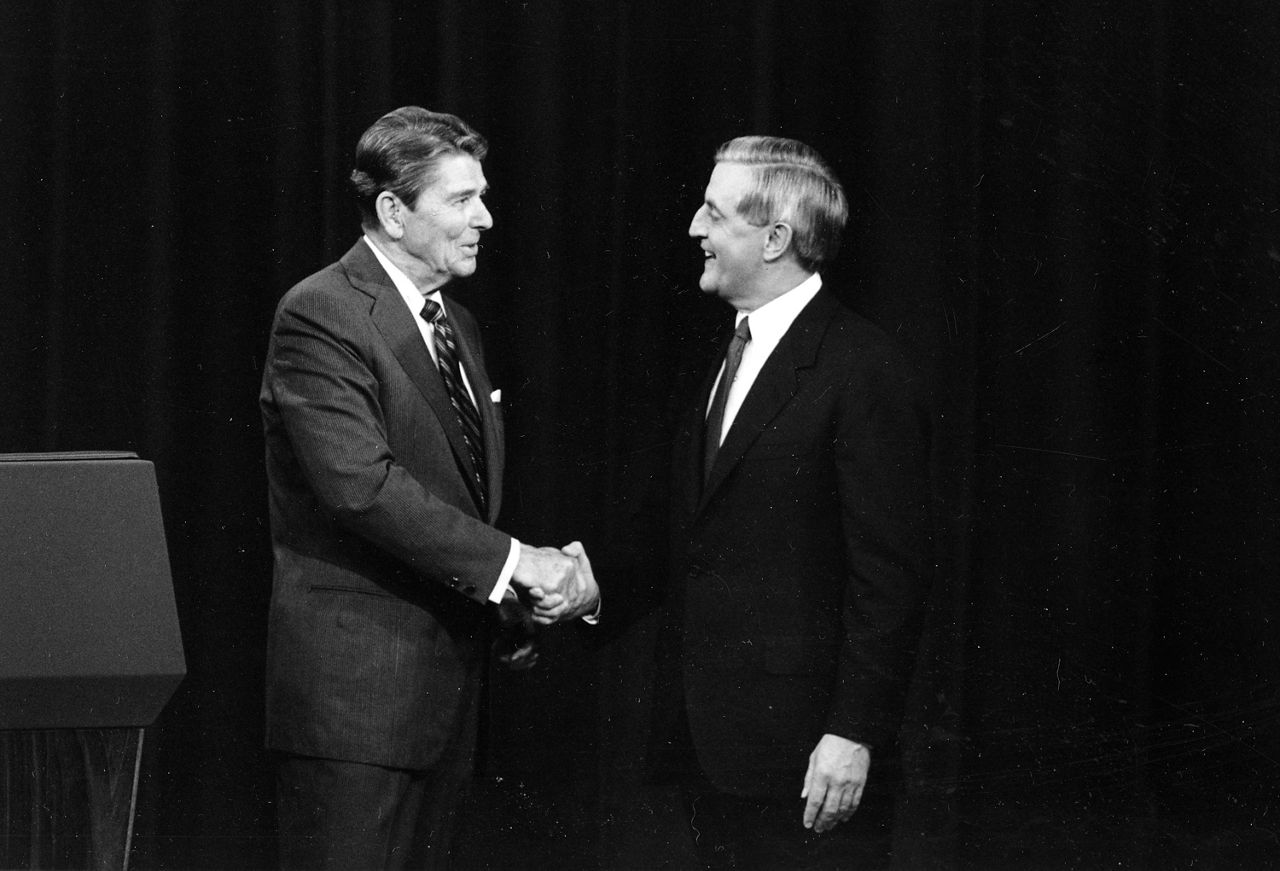 “You already are the oldest president in history. And some of your staff say you were tired after your most recent encounter with Mr. Mondale.” Henry Trehwitt, the debates moderator asked.” “Is there any doubt in your mind that you would be able to function in such circumstances?”

“I will not make age an issue of this campaign,” Reagan said. “I am not going to exploit, for political purposes, my opponent's youth and inexperience."

Clinton was explaining that she planned to put more money into the Social Security program by raising taxes on the wealthy.

“My social security payroll contribution would go up as would Donald’s, assuming he can’t figure out how to get out of it,” Clinton said.

Trump broke in to comment, “such a nasty woman.” While these headline-grabbing and meme-generating moments create conversation, they don’t necessarily translate into votes. Research shows that only a small number of votes are still up for grabs when the debates kick off just weeks before the election.

“In the U.S., we only measured that between five and 10 percent of voters change their views in the last two months before the election,” says Vincent Pons, a professor at Harvard Business School.

In fact, according to a Harvard Business School study, the number of undecided voters in the last two months of the election is particularly small in the United States.

In elections elsewhere in the world, 17 to 29 percent of voters still haven’t made up their minds during this period. That’s double to triple what we see here in the U.S.

With most minds already made up, the fall debates may not be the deciding factor in U.S. elections, but experts say they’re still important. A good debate performance can get voters excited, open a few wallets, and increase turnout at the polls. While a negative performance can slow a candidate’s momentum.

Debates also provide a service to the electorate. The legacy of that first Kennedy-Nixon debate 60 years ago is arguably huge, as it made public scrutiny of candidates an important part of modern campaigns.

“The debates are just good for civics in general,” Schroeder said. “I always say that a presidential debate is like a job interview. And so you don't just get the job unless you show up and run through the paces with the boss. And in this case, the boss is the American people, the folks sitting at home watching.”