Senate Majority Leader Chuck Schumer speaks before the final vote on the Senate version of the COVID-19 relief bill on Saturday. (Senate Television via AP, File)

Schumer Says Working With Collins in Past Was a "Mistake"; Maine Senator Calls Comments "Bizarre"

An apparently decade-old feud between Sens. Chuck Schumer and Susan Collins is festering this week.

In the interview, host Anderson Cooper asked Schumer if Democrats could have done more to gain some GOP support for President Joe Biden’s $1.9 trillion COVID-19 relief package. The bill passed in the Senate with a 50-49 party-line vote and is expected to be approved by the House on Wednesday.

"No, you know, we made a big mistake in 2009 and 2010,” Schumer replied. “Susan Collins was part of that mistake. We cut back on the stimulus dramatically, and we stayed in recession for five years."

Schumer was referring to the $787 billion American Recovery and Reinvestment Act passed under President Barack Obama. Collins was among a bipartisan group of senators who helped craft the legislation.

The recession officially ended in 2009, although many economists agree the recovery was too slow.

Schumer’s remarks were amplified when they were retweeted by White House Chief of Staff Ron Klain.

“He voted for the same package that I did,” Collins said of the recovery act. "So, for Chuck Schumer, who was intimately involved in the negotiations as the assistant leader, to somehow criticize me for taking the same position that he did, is simply bizarre.

“And I think it reflects regrettably his inability to accept the fact that despite pouring $100 million into defeating me, the people of Maine said no," she added. 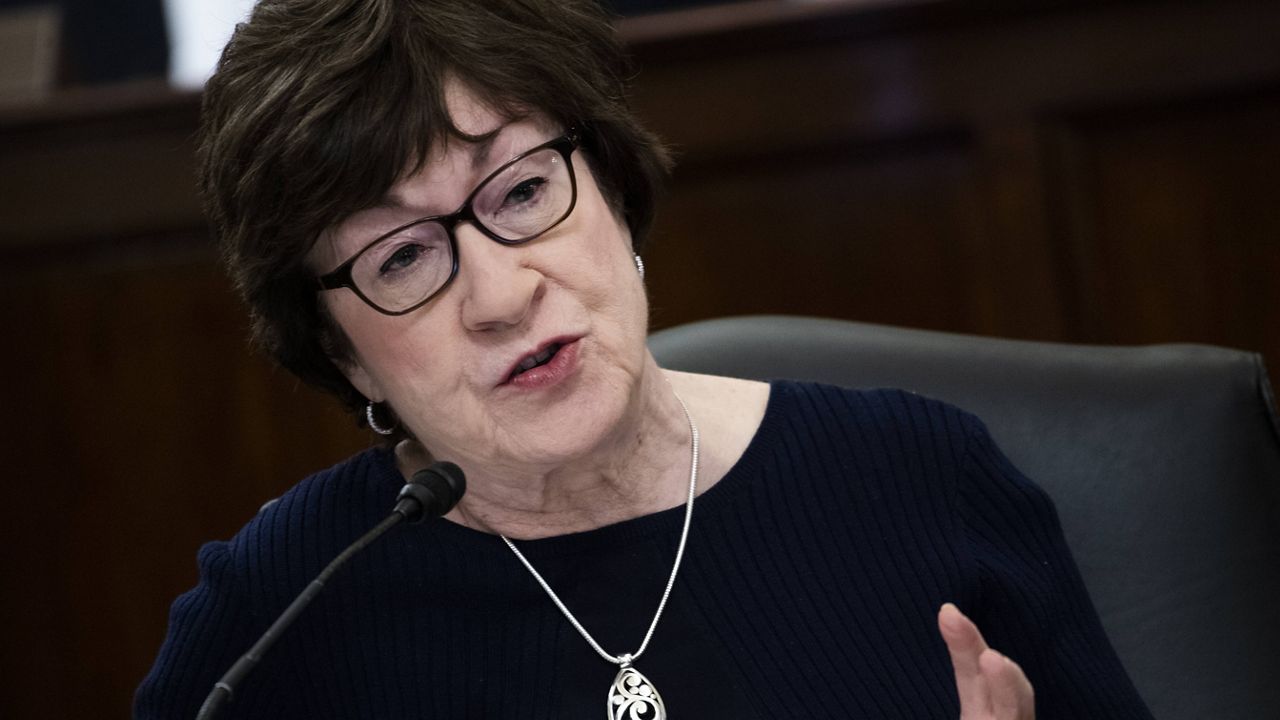 A political action committee aligned with Schumer ran ads last year that accused Collins of pushing and voting for policies that benefited her husband’s consulting and lobbying business and accused her husband of profiting off the opioid crisis.

"What this campaign taught me about Chuck Schumer is that he will say or do anything in order to win," she told CNN in January. "It was a deceitful, despicable campaign that he ran."

The feud between the Democratic leader and the moderate Republican could be problematic for Biden’s agenda. With the Senate split 50-50 and the filibuster, requiring 60 votes to advance most legislation, still alive, Democrats will need to work with centrist Republicans such as Collins, Lisa Murkowski of Alaska and Mitt Romney of Utah.

Collins was among a group of Republicans whom Biden met with to hear their proposal for a significantly smaller $618 billion virus relief package.

Although Biden and Collins both described the meeting as “productive,” the president told the group “that he will not slow down work on this urgent crisis response, and will not settle for a package that fails to meet the moment,” according to White House press secretary Jen Psaki.

Collins said Wednesday she looks forward “to continuing to work with this administration” but added that she hopes Schumer “does not continue to be an obstacle to bipartisanship.”