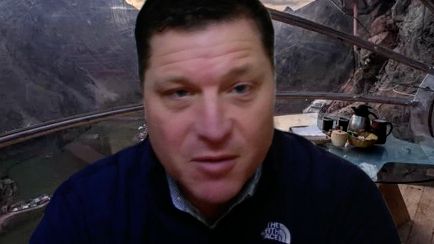 While Senator Kelli Stargel may have won the first battle this week when the Senate Appropriations Committee approved a $50 million proposal to build the next Second District Court of Appeal facility in her home community of Lakeland, Senator Jeff Brandes says the fight over where that courthouse will be ultimately located isn’t over quite yet.


“Speaker (Chris) Sprowls is from Pinellas,” Brandes told Spectrum Bay News 9 on Friday, referring to the Florida Speaker of the House. “I think he has a strong hand to play in this and will have an obviously oversized influence into where this decision ultimately comes down.”

There is no question that there needs to be a new courthouse built for the 2nd DCA, one of five intermediate appellate courts in the state, and the only one to have its core operations split into two locations – Tampa and Lakeland.

The court has been historically centered in Polk County, but the existing courthouse in Lakeland no longer houses any of its employees due to environmental, structural and space concerns. All of the operations there now take place out of rented space at the Stetson Tampa Law Center.

Stargel points out that state law requires that the court has to be based out of Lakeland. Brandes says that’s a technicality that can be easily remedied.

The Legislature did approve $21 million for a new 2nd DCA to be constructed in St. Petersburg during the 2020 session, but that line item was part of a series of proposals that was vetoed by Gov. Ron DeSantis.

A 2016 study commissioned by the Department of Management Services and conducted by the real estate provider Savills Studley (now known as just Savills) explicitly called for the next facility to be built in either Hillsborough or Pinellas counties, the hub area of the Tampa Bay area region.

Among the details of that report were:

-      Thirteen of the sixteen judges at the time worked full time in Tampa, while the remaining three split their time between the Lakeland and Tampa facilities.

-      The staff that supports the 13 Tampa judges work full time in Tampa.

-      Sixty two percent of Florida Bar members who reside within the boundaries of the 2nd DCA live in the Tampa Bay Region vs. six percent who live in Polk County.

-      Of the users who petitioned the 2nd DCA, 50 percent came from the Tampa Bay region, compared to 13 percent from Polk County.

Stargel also says that “when you’re looking at government dollars, you actually don’t want to put it where it is in the most expensive land,” citing the higher costs of real estate in downtown Tampa.

The Tampa Bay Chamber also weighed in this week on having the 2nd DCA facility be built in Hillsborough or Pinellas counties.

“There are multiple proposals for shovel-ready sites in Tampa and St. Petersburg,” the written statement said. “The 2nd DCA can achieve the highest operational efficiencies, the most prudent use of public resources, and the greatest accessibility for the clients and population that it serves. The Court should act upon the empirical demographic data indicating, and confirming, the broader regional population shift in West Central Florida.”

During Wednesday’s Senate Appropriations Committee meeting, Brandes amendment to allocate $30 million to a courthouse in Pinellas County received little support. He said that wasn’t a surprise.

“It’s unlikely that my colleagues would have supported anything against the appropriations chair during appropriations season, but that doesn’t mean I have to stop fighting for my community,” he says.

“It’s wonderful for our community and for the same reason that St. Pete wants it to be in St. Pete are the very reasons that Lakeland doesn’t want to lose a courthouse that’s been in our community for years.”

There are four weeks to go before the session ends. Brandes isn’t conceding defeat just yet.

“I think that there is a lot of support from the Tampa Bay legislators to keep it in Tampa Bay,” he says. “That support might not show up…until the end, but I can’t believe that the members of the Florida house will just quietly go along with it.”