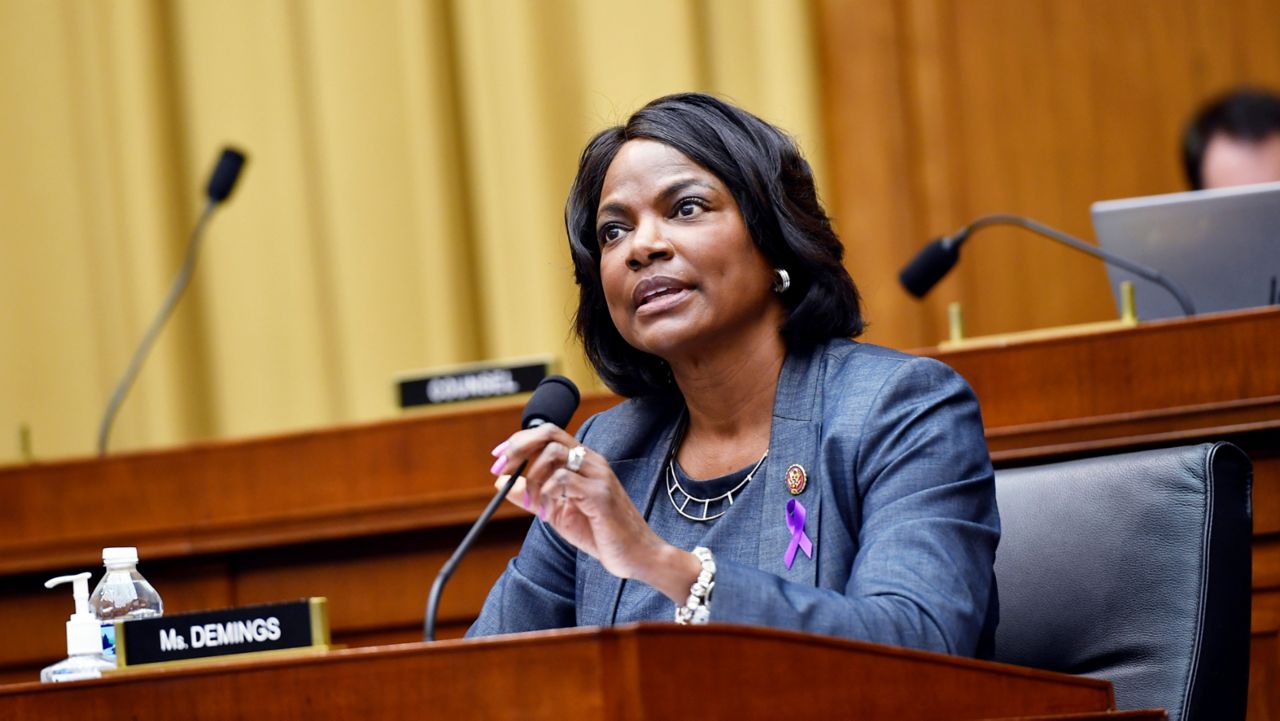 ORLANDO, Fla. — U.S. Rep. Val Demings of Orlando, who was on now-President Joe Biden's shortlist for a running mate last year, announced her run for U.S. Senate on Wednesday.

"When you grow up in the South poor, Black and female, you have to have faith in progress and opportunity. My father was a janitor and my mother was a maid -- she said: ‘never tire of doing good, never tire," Demings, the first Black woman to serve as chief of police at the Orlando Police Department, said in a YouTube video. (See the video below)

She said in the next few weeks she wants to share more of her story and her platform with voters.

Last month, Democratic sources told Spectrum News that Demings was likely to try to run for U.S. Sen. Marco Rubio's seat instead of making a bid for Florida governor.

And during Demings’ campaign video, without mentioning his name, Rubio’s face was shown as the Democratic congresswoman is heard during a voiceover saying, “there are some in Washington who prefer the same old tired ways of doing business.”

Democrats see Demings as a top recruit to take on Rubio in what is expected to be one of the most high profile, expensive and closest Senate races next year.

Last month when news broke that Demings was considering a run for Rubio’s seat, she took political jabs at the Republican senator on Twitter.

Rubio's Senate campaign committee released a statement, saying that Demings' has no record of results and said she has voted with Speaker of the United States House of Representatives and Congresswoman Nancy Pelosi on nearly every issue.

“Marco’s contrast with Val Demings could not be greater because she has no record of results for Florida. Since coming to Washington, she has voted with Nancy Pelosi nearly 100% of the time. She supported efforts to defund the police, opposed tax relief for working families, and led the effort to put Washington in charge of Florida’s elections," stated campaign manager Mark Morgan in the statement.