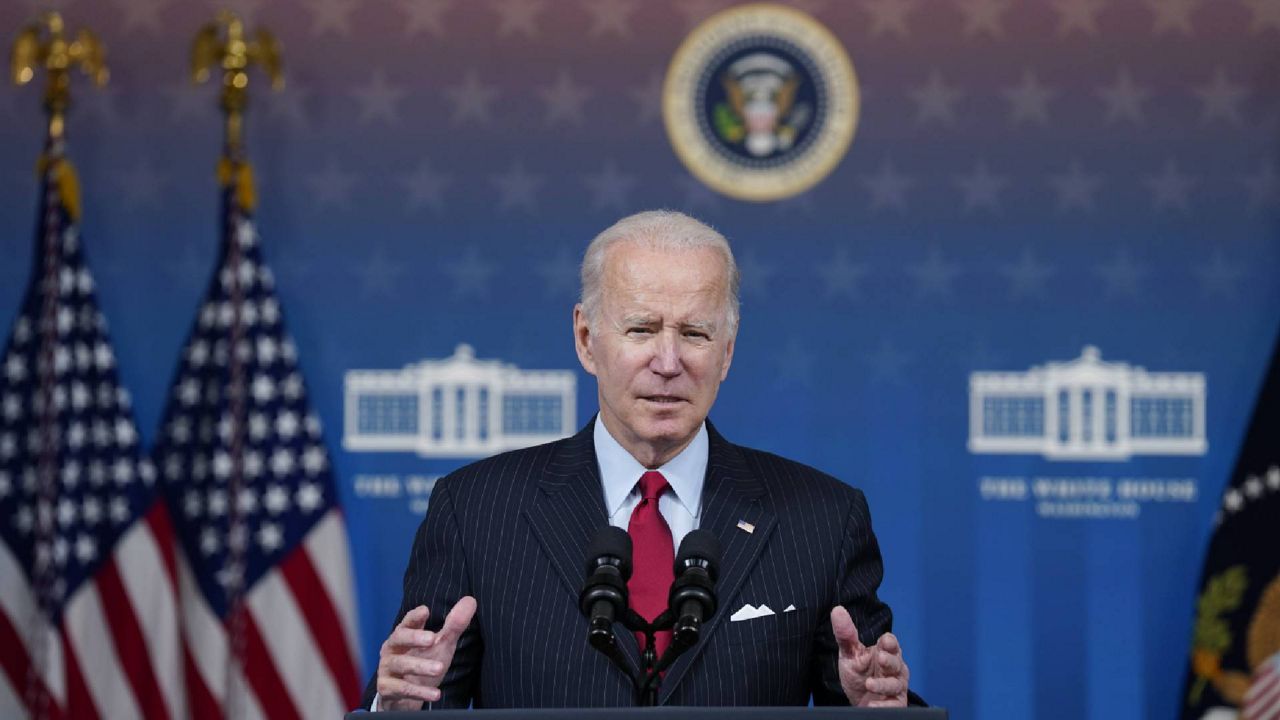 Biden to release 50 million barrels of oil to ease energy costs, but urges patience: 'It will take time'

President Joe Biden on Tuesday announced he had ordered 50 million barrels of oil released from the strategic reserve to bring down energy costs, in coordination with other countries, including China.


The move is an effort to bring down rising gas prices. Gasoline prices nationwide are averaging about $3.40 a gallon, more than double their price a year ago, according to the American Automobile Association.

"This week, millions of Americans ... are likely to be hitting the road, reuniting with their loved ones in cities in towns all across America," President Biden said Tuesday at the White House.

"It's always painful when gas prices spike," he said. "We always get through those spikes, but we're going to get through this one as well, and hopefully faster. But it doesn't mean we should just stand by idly and wait for prices to drop on their own. Instead, we're taking action."

Of the 50 million barrels, 18 million come from a batch previously authorized by Congress, with an accelerated release, and 32 million new barrels which will be replaced at a later date.

Energy Secretary Jennifer Granholm on Tuesday said it was difficult to predict the impact of the release, but she said officials expect gas prices to gradually reach an average of $3.19 per gallon in December and then continue to decline in the weeks after.

"We will be releasing it over a period of time," she said of the 50 million barrels. "Everybody needs to, I think, be a partner in letting people know that last year was an anomaly, because demand during COVID for gasoline was so low."

I have been working with countries across the world to address the lack of supply. As a result of our diplomatic efforts, this step will be taken in parallel with other major energy consuming nations including China, India, Japan, Republic of Korea and the United Kingdom.

The Strategic Petroleum Reserve is an emergency stockpile to preserve access to oil in case of natural disasters, national security issues and other events. Maintained by the Energy Department, the reserves are stored in caverns created in salt domes along the Texas and Louisiana Gulf Coasts. There are roughly 605 million barrels of sweet and sour petroleum in the reserve.

The Biden administration has argued that the supply of oil has not kept pace with demand as the global economy emerged from the pandemic, and the reserve is the right tool to help ease the problem.

"Gas supply companies are paying less and making a lot more. They do not seem to be passing that on to the consumers at the pump," the president said.

"It will take time, but before long, you should see the price of gas drop where you fill up your tank," he also promised. "And in the longer term, we will reduce our reliance on oil as we shift to clean energy."

Some experts painted the move as largely symbolic.

“What I think the president is really trying to do is to show that he takes the issue of high gasoline gasoline prices seriously," said Gregory Brew, a historian of oil and a fellow at Yale University's Jackson Institute for Global Affairs. "And the problem that he's been running into over the last several months is that, as president, he can't really do a whole lot to affect the price of oil.”

Sec. Granholm acknowledged that fact at the White House on Tuesday, but she said the release was a step forward for families.

"The president does not control the price of gasoline. No president does. But what we're seeing right now is this global mismatch between supply and demand," she said.

The decision to boost supply comes after weeks of diplomatic negotiations and the release will be taken in parallel other nations including, India, Japan, the Republic of Korea and the United Kingdom, major energy consumers.

The U.S. Department of Energy will make the oil available from the Strategic Petroleum Reserve in two ways; 32 million barrels will be released in the next few months and will return to the reserve in the years ahead, the White House said. Another 18 barrels will be part of a sale of oil that Congress had previously authorized.

"We will continue to press oil companies who have made record profits and are overseeing what we consider to be price gouging out there when there's a supply of oil or the price of oil is coming down and the price of gas is not coming down," Psaki said. "It does not take an economic expert to know that's a problem."

"President Biden’s announcement is good news for American families & will strengthen our economy," Senate Majority Leader Chuck Schumer, D-N.Y., said. "Tapping the SPR will provide much-needed temporary relief at the pump and will signal to OPEC they cannot recklessly manipulate supply to artificially inflate gas prices. Of course, the only long term solution to rising gas prices is to continue our march to eliminate our dependence on fossil fuels and create a robust green energy economy."