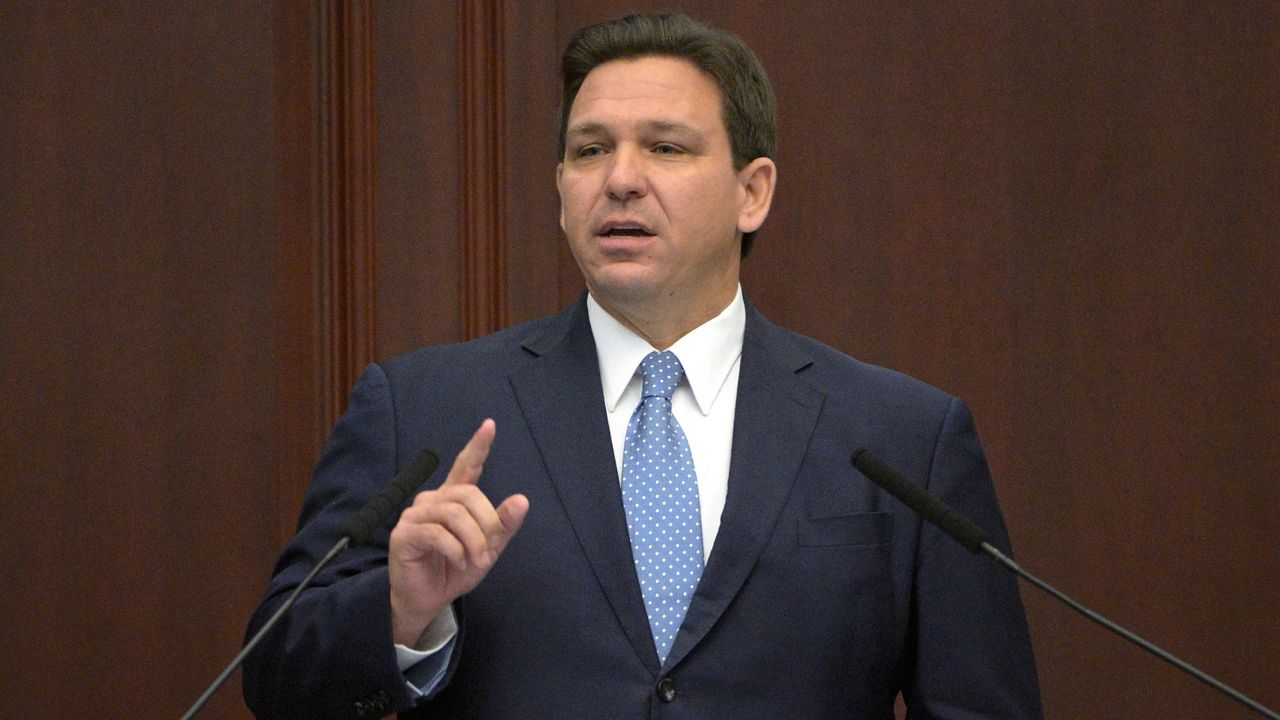 But the move was short lived, as officials with the governor's office said they have already appealed — triggering an automatic stay of Friday's ruling — and are prepared to take it all the way to the Florida Supreme Court if they need to.

“The Court will make the decision either to consider the case or, possibly, to pass it along to the Florida Supreme Court directly,” said Deputy Press Secretary Bryan Griffin. “It is possible the First District expedites the case, which would mean they could start considering it within weeks.”

In his ruling Friday, Leon County Circuit Judge Layne Smith said the map that was recently passed by the Florida Legislature and signed into law by DeSantis violates the Florida Fair Districts Amendment.

Smith had announced his intention to rule against the congressional map earlier in the week and in Friday's ruling called for a new one to be drawn immediately.

Smith said on Wednesday that the current map breaks up districts with a 49% Black vote and spreads it out across North Florida where Black voters make up only 12% to 25% of the population.

He argued this week that the congressional map produced by DeSantis’ office and approved by the GOP-led Legislature last month likely violated the Fair District amendment “because it diminishes African Americans’ ability to elect candidates of their choice” in Northern Florida.

The court’s finding only impacts the 5th Congressional District in North Florida.

In pushing for the change, DeSantis argued that district was gerrymandered and is what should be considered unconstitutional.

The appeal filed by Florida Secretary of State Laurel Lee triggered an automatic stay on Smith's ruling while the case works its way through the courts.

In 2015, the Florida Supreme Court ruled 5-2 that the Legislature’s congressional maps were drawn up in violation of the Fair District amendments passed in 2010 that prohibits gerrymandering of legislative and congressional districts.

However, the high court today is much more conservative leaning than it was in 2015, so if the current case makes it that far, experts say they aren't sure if the justices would rule the same way.

There are just three justices remaining from the time of that ruling, and two of them – Charles Canady and Ricky Polson — dissented in that opinion (the other remaining justice, Jorge Labarga was part of the majority).

But Tara Newsome, an attorney and professor of social and behavioral sciences at St. Petersburg College, questioned the perception by some that the Florida Supreme Court will ignore precedent and rule in favor of the governor.

A total of 63% of Floridians cast votes in favor of the Fair Districts amendments to the state’s Constitution in 2010.

Voting rights groups pursuing litigation to stop the congressional map contend that it also takes away a predominantly Black voting district in the Orlando area.

Newsom said that further evidence showing the uncertainty of how either the First District Court of Appeal or the state Supreme Court will rule, is that Smith is himself a DeSantis appointee who was named to the 2nd Circuit Court of Florida two years ago.

Previously, he was appointed the Group 2 judge on the Leon County Court in Florida by former Gov. Rick Scott in 2015.

‘I think it’s incredibly powerful that the judge, who was a DeSantis appointee, sided with the state Constitution,” said Newsom. “And he also sided with stare decisis, or case precedent. And so I think it’s really good evidence that additional courts will look to how this was decided.”

While voting rights groups also have issues with other congressional drawn districts in the DeSantis’ map, any changes for this election cycle are expected only to focus on the Congressional District 5 seat in North Florida.

The new map removes a considerable number of Democratic party voters out of the district by dividing up the city of St. Petersburg, and packs those in the eastern section of the city into Congressional District 14, which is centered in Hillsborough County and is currently held by Democrat Kathy Castor.

That makes it much more friendly for a Republican to pick up the seat this fall. According to MCI Maps, under the new configuration, CD 13 has moved from a Biden + 4 district in 2020 to one that would have voted for Donald Trump by 7 points.