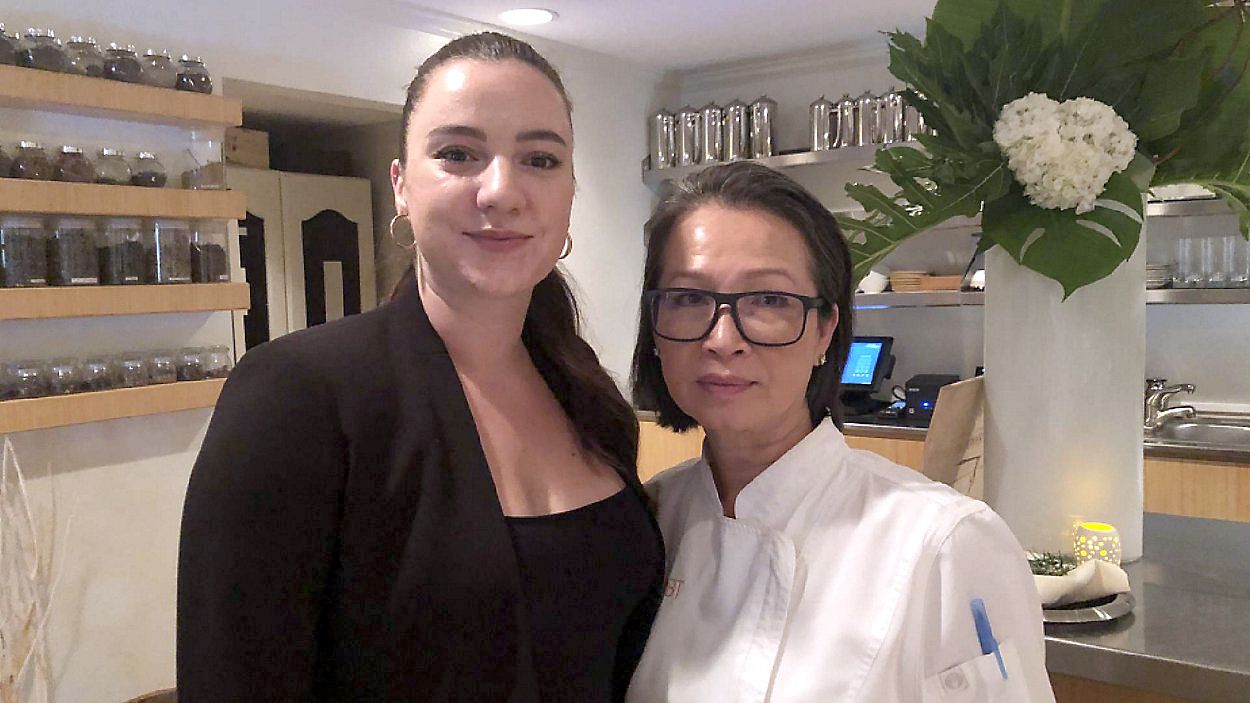 When Yuliya Yaroshchuk learned that she needed a U.S.-based sponsor to bring her mother out of war-torn Ukraine to join her in Tampa, she immediately thought of her boss, acclaimed chef BT Nguyen.

“Because I know her story and I know that without hesitation she will help me,” said Yaroshchuk, 28, who has worked for the past two years as a server at all three of Nguyen’s South Tampa-based restaurants.

Nguyen escaped South Vietnam as a 13-year-old refugee in 1975 and made it to the U.S. after Saigon fell to the North Vietnamese communist government.

“I had no hesitation,” Nguyen said when asked by Yaroshchuk if she would act as her sponsor. “There was no question.”

Nguyen’s sponsorship will now allow Yaroshchuk’s mother to come to the U.S. in the next few weeks, via the Biden administration’s “Uniting for Ukraine” program, which was announced on April 21. The program provides a pathway for Ukrainian citizens and their immediate family members to come to the U.S. and stay for a 2-year period, if they can find someone in the U.S. who agrees to provide them with financial support for the duration of their stay.

More than 23,000 Ukrainian nationals have arrived in the U.S. through the Uniting for Ukraine program, according to a spokesperson with U.S. Citizenship and Immigration Services. Officials say the agency has received more than 80,000 applications.

Nguyen said she wants to get the message out that people can do something for Ukrainians they know in the community.

“We can save so many lives and get them so many opportunities, just like my American family sponsored me in 1975,” she said. “That’s how I got to America and became an American citizen and have businesses and opportunities in America.”

At one point, nearly 7 million Ukrainians fled their homes following Russia’s invasion in late February, according to the United Nations. More recent reporting shows that approximately a third of those have since returned to Ukraine.

Yaroshchuk and her partner have lived in Tampa for nearly four years now, and she says she loves the area. Yet as the war in Ukraine heads into its sixth month, she remains deeply concerned about her home country and fears that Americans and others around the globe will stop paying attention to the very human tragedy that continues to unfold every day in Ukraine.

“When I see some people don’t even know what’s going on — they think that it’s almost over — I mean, it upsets me,” she said. "Some places in Ukraine are completely destroyed. Completely — like there is nothing. So we have to do something, and people have to be involved, because we need help.”

Yaroshchuk said that if people want to help out the Ukrainian military in their efforts against the Russians, they can donate via the Come Back Alive Foundation.

Yaroshchuk’s father remains in Ukraine — all men aged 18-60 have been prohibited from leaving the country since the war began.

“This is a terrible war, with people dying and suffering over there,” Nguyen said. “People forget how lucky we are to live in America — to have to live day to day and to forget that there are human beings in another country who are suffering — and I can’t forget that.”