These are the images of Deven Gelinas. He has been missing since Thursday, July 8. (New Port Richey Police Department)

PASCO COUNTY, Fla. — A 16-year-old boy who is mentally disabled has been missing and the New Port Richey Police Department is asking the public for help in locating him.

Deven Gelinas was last seen leaving Pennsylvania Avenue and heading towards Madison Street in downtown New Port Richey on Thursday, July 8, at around 10 a.m., according to the police in a press release on Saturday.

The police mention that the boy does go to the Sims Park area in New Port Richey.

The 5-foot-6-inch Gelinas is 120 pounds and was wearing a black T-shirt with “Friends” written all over the shirt in white lettering, stated the police, adding that he was also wearing black shorts that appear to be a bathing suit.

He was seen with a blue Jansport backpack and may have also taken a light-blue hoodie.

Gelinas is white and has blondish-brown hair and hazel eyes with a blue ring around them, described the press release.

Police stated that Gelinas is mentally disabled and takes anti-psychotic and ADHD medication.

“Without medication, Deven is unstable and may be a harm to himself or others,” stated authorities.

Anyone with information is asked to call Det. J. Ioppolo at the New Port Richey Police Department at 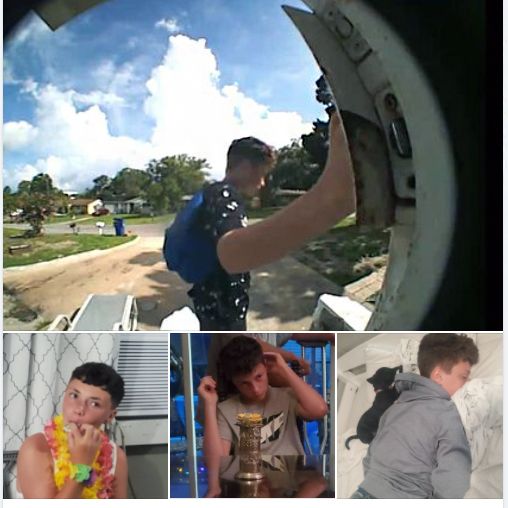 These are the images of Deven Gelinas. (New Port Richey Police Department)