BREAKING NEWS: Supreme Court votes to overturn Roe v. Wade
Storm Season 2022Get the latest tropical updates and news
GET OUR APPOur Spectrum News app is the most convenient way to get the stories that matter to you. Download it here.
MORNING BRIEFINGGet notified on your phone in the morning with the latest forecast and news to start your day. Download our new app
PODCAST Listen to "To The Point Already" for conversations with people across the Bay area. 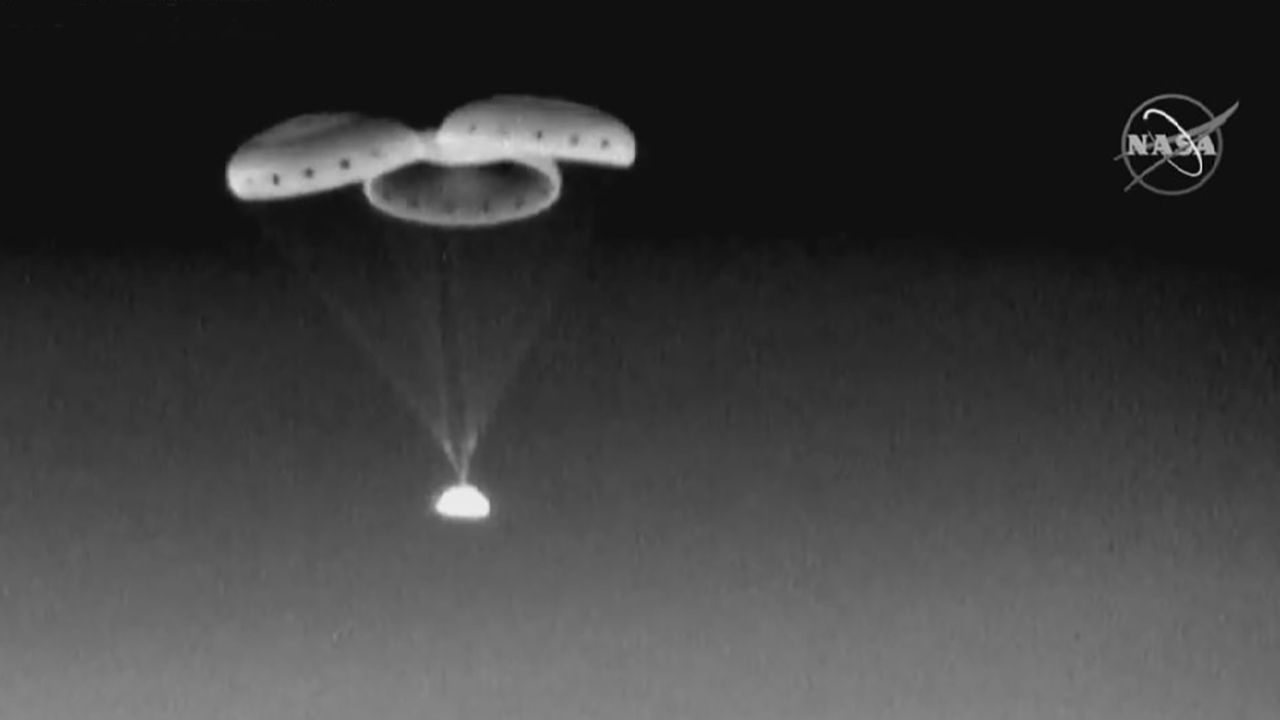 WHITE SANDS MISSILE RANGE, N.M. — Boeings Starliner made a successful return to Earth on Sunday morning, six days ahead of schedule, because a timing error forced it to abort its mission to dock with the International Space Station.

The Starliner went into a deorbit burn at 7:23 a.m. ET, moving 25 times the speed of sound at entry interface and then the parachutes opened at the 35,000-foot altitude range.

The capsule launched Friday from Cape Canaveral Air Force Station, but 30 minutes in, a critical burn happened too early, burning up too much fuel to make it to the ISS as intended.

The @boeing #Starliner launched from #CapeCanaveral Friday on a historic #FirstFlight. This was the view from @dwntwn_orlando as it lifted off.
🚀
Go to @MyNews13 for more.#Space #Florida #Exploration #spaceexploration #Spacecoast pic.twitter.com/irP2ZDetiR

Despite the Starliner not making it to its intended destination, officials looked to the bright side, saying all instruments were working normally, so they're able to collect valuable data from the mission.

"The good thing is, fairly early in this process (we) understand it and we can get it fixed. So I think that is positive," said Jim Chilton, the senior vice president of the Boeings' Space and Launch division.

“We are getting closer to both SpaceX and Boeing being able to get into space, them choosing to put people in those capsules," Vice President of Space Florida Dale Ketcham said. "We said it last year, we were hoping this year would be the year we put humans in space from the Cape. We are getting closer. I think next year it's likely, so that just builds excitement for everybody on the Cape and around the country."

He added that milestone missions like Starliner continue to be great for the Space Coast's economy.

“It’s very good to see, even for a test launch of an unmanned vehicle, there was a huge turnout of tourists first thing in the morning. I can only image how traffic there will when put people in it,” Ketcham said.