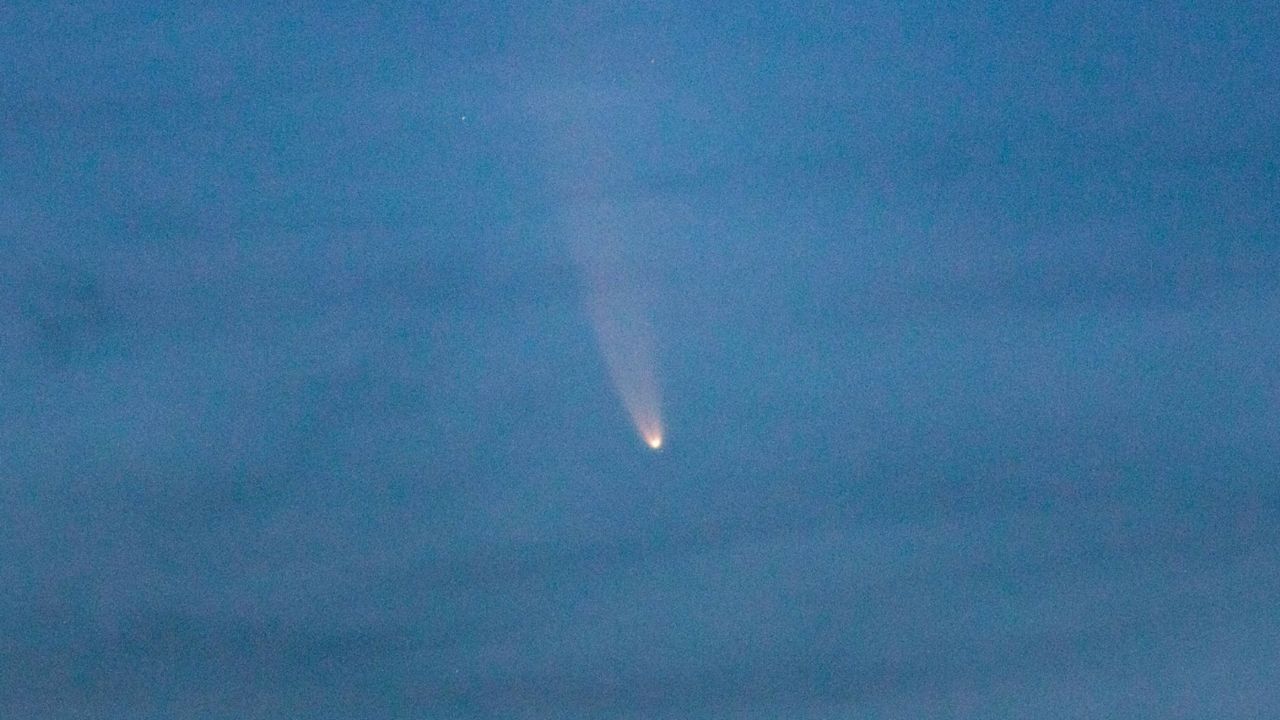 Comet NEOWISE seen in the sky. (Courtesy of Michael Seeley)

MELBOURNE, Fla. — Sky-gazers are marveling, getting a glimpse of a comet that won't come our way for another 7,000 years.


Many are getting the experience of a lifetime, like Florida Tech senior astronomy and physics major Maria Galvez.

"Seeing it with your eyes is breathtaking," Galvez said.

For the past few weeks, she along with countless other amateur and professional astronomers in our Northern Hemisphere have gotten glimpses and pictures of Comet NEOWISE.

Here’s what's really cool: There's no telescope needed — you only need a pair of binoculars.

"I think that's what's the most inspirational thing — to see it," Galvez said. "You're not just looking at a picture."

"It's one of the few comets that gets bright enough to see with the naked eye," said Florida Tech Assistant Astronomy Professor​ Saida Caballero.

The three-mile wide comet is named after NASA's Near-Earth Object Wide-field Infrared Survey Explorer. The probe discovered the comet on March 27, and now it's visible pre-dawn and post-sunset.

Scientists say it looks like a fuzzy star with a small tail, and as it gets closer to the sun, it heats up and spews gases and dust and glows brighter.

The chance to study the comet's visit is like going back in time.

"Unlike Earth, where a lot of the rock has evolved with time, comets still have the pristine material from back then and can give us ideas of how our solar system has changed over time," Caballero said.

With the ongoing pandemic, Caballero regrets not being able to share this experience in person with her students. But she's over the moon people like Maria Galvez are venturing out to see the comet.

"Everybody's excited about this," she said.

Galvez said it’s an experience she will use in her future career focusing on optics and instrumentation.

"I want to work for a company that's developing telescopes," Galvez said.

Your best chance to see NEOWISE is after sunset in the northwest sky. The closest pass to Earth will be July 22, just a mere 64 million miles from Earth, which is about 29 million miles closer than the sun.