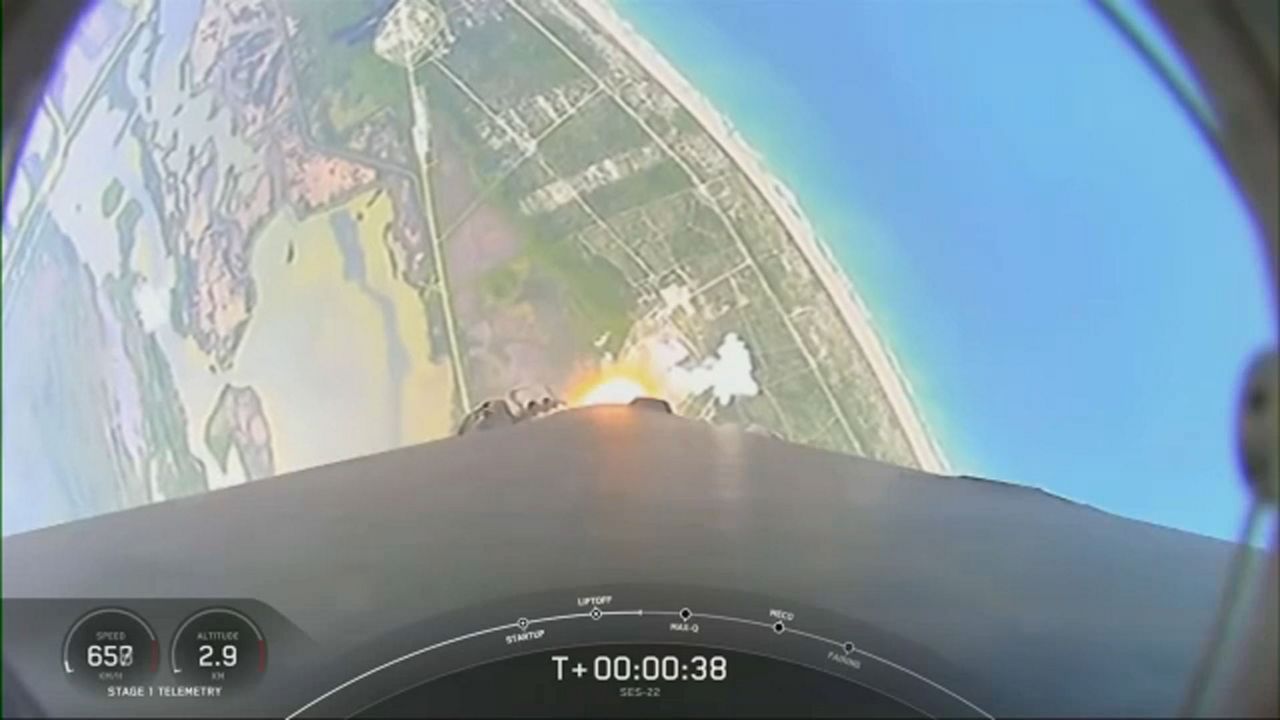 The Falcon 9 first-stage booster being used for Wednesday’s mission still seems to be relatively brand new and was used for one Starlink mission, SpaceX said.

Falcon 9’s first stage has landed on the droneship A Shortfall of Gravitas pic.twitter.com/wuu9B4EMda

After the first-stage separation, the booster landed on the droneship “A Shortfall of Gravitas” that is in the Atlantic Ocean.

👀 Stay tuned for more details on how you can watch the livestream ▶️ pic.twitter.com/pv7yAGO2c6

Based in Luxembourg, SES is a telecommunications company that provides satellite and various forms of broadcasting around the world.

The company stated that the SES-22 satellite will bring TV and radio coverage to millions of American homes as well as data transmission services.

SES continued and stated the SES-22 is part of an “FCC program to clear a portion of C-band spectrum to enable wireless operators to deploy 5G services across the contiguous US. …”

It is expected that the SES-22 satellite will begin its operations in early August 2022.