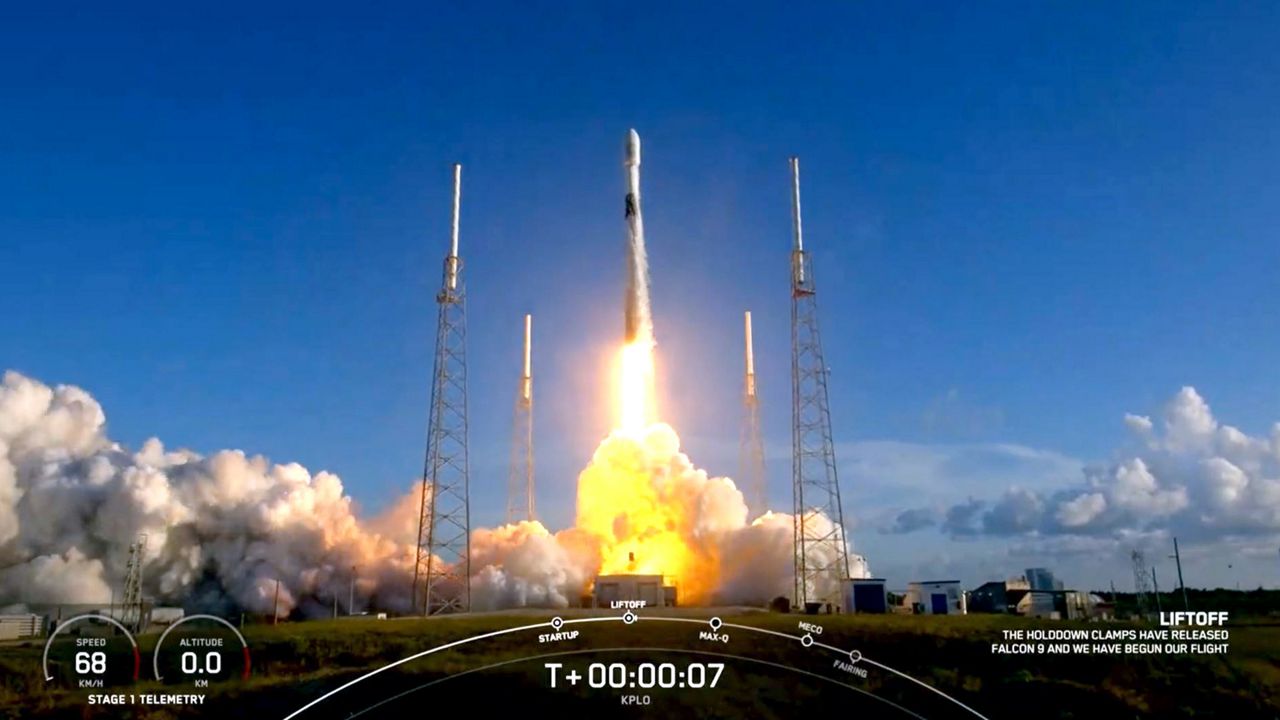 The KPLO is South Korea’s first moon mission developed and managed by Korea Aerospace Research Institute, and it will be a joint mission with NASA. It was launched on Thursday, Aug. 4, 2022, by SpaceX's Falcon 9 rocket. (SpaceX)

CAPE CANAVERAL, Fla. — SpaceX has launched South Korea’s first lunar orbiter, which is the second liftoff the Space Coast has seen in one day since five decades ago.

On Thursday, the 45th Weather Squadron gave an 80% chance of favorable launch weather.

The Falcon 9’s first-stage booster — named B1052 and has been used for such missions as CSG-2, COSMIC-2 and two Starlink launches —landed on the droneship “Just Read the Instructions”, which is stationed in the Atlantic Ocean.

The SpaceX launch was the second one for the Space Coast in one day, which is a first for the coast in decades. Earlier on Thursday, ULA’s Atlas V rocket launched the SBIRS GEO 6 mission.

The last time the Space Coast saw a double launch in one day was back on March 16, 1966.

The Korean Pathfinder Lunar Orbiter will conduct six experiments during its one-year assignment in a joint mission between Korea Aerospace Research Institute and NASA. (NASA)

The KPLO is South Korea’s first moon mission developed and managed by Korea Aerospace Research Institute, and it will be a joint mission with NASA.

The cube-shaped orbiter, named Danuri, will circle the Moon for about one year. During that time, it will carry out six experiments: five from KPLO and Korean universities and research institutes and one from NASA, stated the South Korean space agency and NASA.

The nearly 1,495-pound orbiter will arrive at the moon and establish an orbit by mid-December of 2022, stated NASA.