SpaceX launches 54 Starlink satellites into orbit, after scrubbing five times due to weather

The launch window was set for 8:18 p.m. EDT and the launch happened.

Many of those attempts, the 45th Weather Squadron pointed out that an anvil cloud rule, lightning rule and surface electric field rule, were in place due to afternoon and early evening storms.

An anvil cloud rule is when electrical currents in the atmosphere can cause a rocket flying into a cloud to create its own lightning.

The rocket (booster B1067) has an impressive resume, while it has launched a commercial resupply service mission and a Turkish geostationary communications satellite, it has also launched the joint NASA-SpaceX Crew-3 and Crew-4 missions.

After the stage separation, the first-stage booster landed on the droneship Just Read the Instructions, which was stationed in the Atlantic Ocean.

The astrophysicist who tracks Starlink

The Starlink satellites provide internet access to most parts of the planet, stated the company that is operated by SpaceX.

Before Sunday night’s launch, astronomer Dr. Jonathan McDowell, of the Harvard-Smithsonian Center for Astrophysics, recorded the following: 3,025 Starlink satellites are in orbit, with 2,989 that are working and 2,474 that are operational.

During an interview with Spectrum News, McDowell explained the difference between “total working” and “operational” Starlink satellites. The satellites labeled as operational mean that they are in the operational orbit, which SpaceX declared in its license application, he said.

While “total working” (sometimes simply labeled as “working” in Spectrum News stories) is the sum of that number and the number of satellites that appear to be functional, but not in the right orbit, McDowell described.

“At any given time, lots of them are either on the way up from a launch deployment orbit to the operational orbit, or on their way down towards retirement and destruction in the atmosphere,” he said, adding that he uses public orbital data from U.S. Space Force and SpaceX to keep track of the Starlink satellites.

McDowell said that his love of tracking satellites started when he was a child growing up in the United Kingdom.

“I have been keeping track of satellite launches since I was a kid in the 1970s," he said. "Starlink required a bit more — let's say ‘industrial’ — approach because of the huge number of satellites."

However, as a professional astronomer, he said that he worries that large human-made constellations of satellites can cause problems for astronomical observations.

“So that increases my interest in keeping track of them,” he said.

The last time McDowell was in the Sunshine State was more than 20 years ago, and he says it held a special meaning for him.

“Last time was July, 1999, when I saw the launch of the satellite mission I still work on, the Chandra X-ray Observatory,” he said. 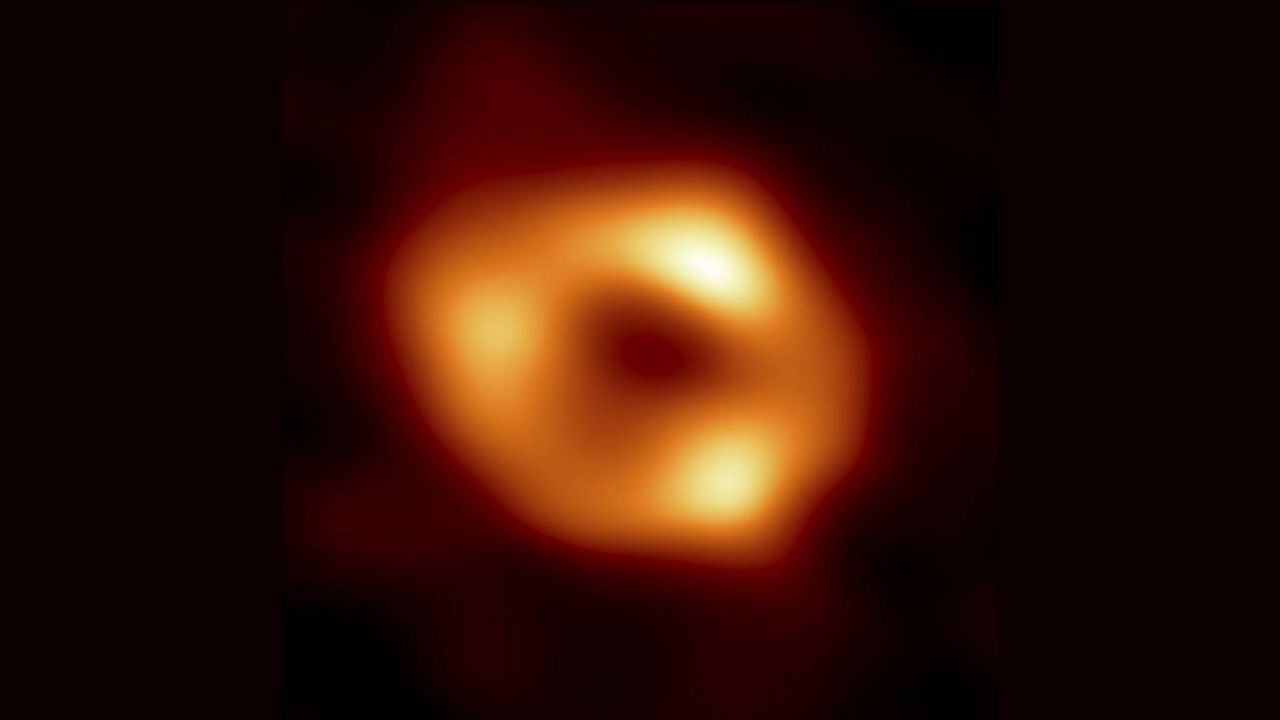 This black hole captured by the Event Horizon Telescope is just one of the two most interesting discoveries in the last 10 years for astronomer Dr. Jonathan McDowell of the Harvard-Smithsonian Center for Astrophysics. (File photo)

The project is NASA’s X-ray observatory, which is collecting information from a newborn star’s environmental surroundings to the emissions of hot plasma from the inside of galaxy clusters.

With the universe at his fingertips, McDowell was asked what he thought was the most interesting discovery in the last 10 years.

“There are a lot," he said. "I think the two top ones are the black hole image from the Event Horizon Telescope and the discovery by the Kepler mission that most stars have Earth-sized planets."