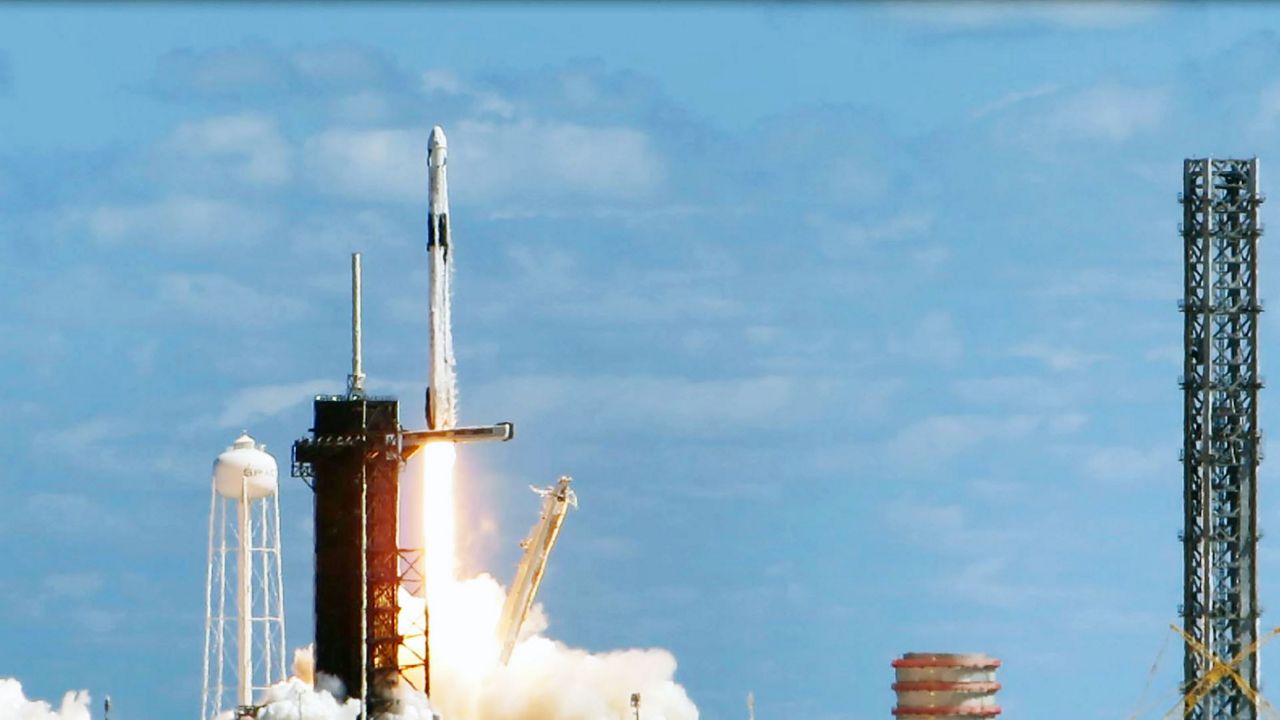 🚀@NASA and @SpaceX’s #Crew5 had a successful launch. pic.twitter.com/g5ii1udaQz

A SpaceX Falcon 9 rocket successfully launched its crew, which was aboard the Dragon spacecraft Endurance, into orbit at noon. The roar of the Falcon could not just be heard but felt miles away from Launch Complex 39A at the Kennedy Space Center.

And experts said the astronauts were in for a fast ride.

“Lifting off from Launch Pad 39A on a Falcon 9 rocket, Dragon Endurance will accelerate its four passengers to approximately 17,500 mph, putting it on an intercept course with the International Space Station,” NASA officials explained.

To reach those speeds, the Falcon 9 has nine SpaceX Merlin engines, which hold 50,265 pounds of fuel to power them to low-Earth orbit.

The 45th Weather Squadron had given a 90% chance of good flight weather for Wednesday's launch.

There will be a series of firsts for this mission. For example, this is the maiden voyage for the nearly 230-tall reusable Falcon 9 rocket. After the first stage separation, the first stage landed on the droneship Just Read the Instructions, which was stationed in the Atlantic Ocean.

However, the nearly 27-foot-tall Endurance capsule is an old salt — it launched the Crew-3 team nearly a year ago, in November 2021. And while only four people are going up (and eventually coming back down), the Endurance has space for a crew of seven.

Flight profile of Dragon and Crew-5 as they travel to the @space_station pic.twitter.com/Mkdar1OPXu

Once the crew makes it to the ISS, they will spend six months conducting more than 200 experiments, technology demonstrations and maintenance.

As @SpaceX and @NASA are getting ready to send the #Crew5 to the @Space_Station, Patrick O’Neill, the public affairs lead for the @ISS_CASIS, talks to me about the #ISS’ future and what comes next.

Get more about the launch from @MyNews13 and @BN9: https://t.co/ZFVT0qzoL2 pic.twitter.com/1pRaJkMTXl

For example, one experiment will allow researchers to study the process of printing human organs in space using the BioFabrication Facility machine.

It was first brought to the ISS in 2019, and has successfully printed out a partial human knee meniscus and a large number of human heart cells.  While it returned to Earth a year later for maintenance and upgrades, the machine is returning to the ISS on the Crew-5 mission.

The BioFabrication Facility “will continue testing the in-orbit manufacture of cardiac and orthopedic tissue and start a new program aimed at testing the manufacturing of vasculature in space,” NASA officials explained.

Another experiment that deals with the human body is Project EAGLE, which will "study how spaceflight affects properties of heart muscle cells derived from stem cells in an aim to establish a functional heart tissue model that mimics heart disease and can be used to test new drugs."

An additional test will fall under the Liquid Behavior investigation, which will study how liquids move in a container in virtual lunar gravity. This will benefit such things as lunar rovers, life support systems and fuel tanks, according to NASA. 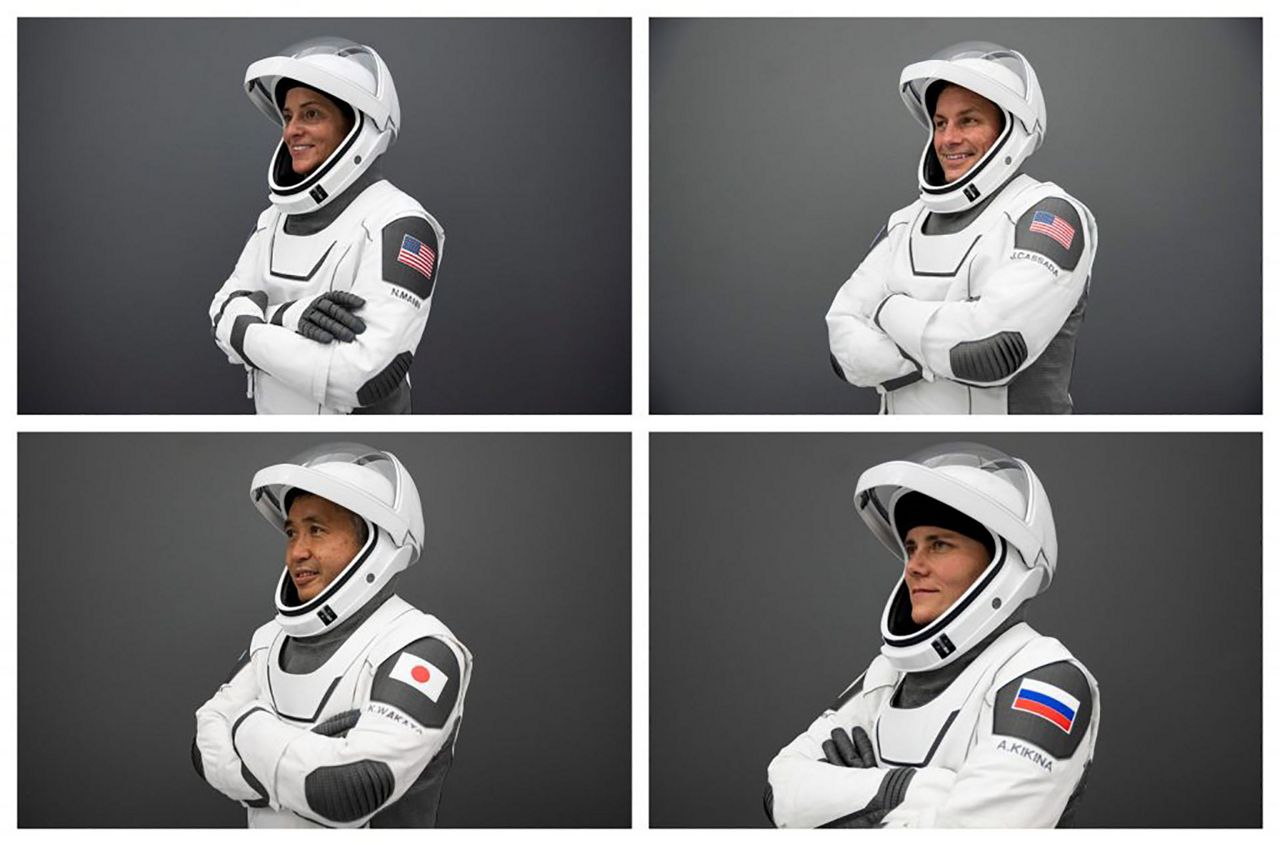 It was mentioned that the Crew-5 mission is a series of firsts and that includes some of the crew members. For NASA astronauts Nicole Mann, the commander, and pilot Josh Cassada, this is their first trip into space.

And it will also be the first time leaving the Earth for cosmonaut Anna Kikina of Roscosmos, a mission specialist.

The only crew member who has experience in space is mission specialist Koichi Wakata of the Japan Aerospace Exploration Agency (JAXA), who will be making his fifth trip.

Mann, a colonel in the U.S. Marine Corps and a test pilot, also holds both a Bachelor and Master of Science in mechanical engineering. She will also make history as the first Native American woman in space.

Cassada is not only a U.S. Navy test pilot, but is also a physicist, having earned his B.A. in physics at Albion College and his Ph.D. at the University of Rochester.

And while Kikina does not have any space experience, her training is impressive as she took part in an isolation experiment as a flight engineer. The experiment simulated a flight to the moon.

“In the course of the experiment, the docking of the promising Russian Federation spacecraft with the upper stage in Earth's orbit was simulated and the remote control of the lunar rover was simulated using a virtual reality helmet,” stated the Yu.A. Gagarin Research & Test Cosmonaut Center, which was translated by Google.

As far as Kocichi, his long career in space began in 1996, when he first flew as a Japanese mission specialist in the NASA space shuttle mission STS-72. Later, according to JAXA, he became his country's first astronaut to help assemble the ISS.

Koichi, who holds a doctorate in aerospace engineering, later led the international crew of Expedition 39 as the first Japanese commander of the space station.

According to NASA, an expedition refers to the crew that is currently in the International Space Station. When the Crew-5 members are aboard the ISS, the station’s members will become known as Expedition 68.

Once on board the ISS, members of Crew-4 and Crew-5 will get to spend a little time together.

“After docking, Crew-5 will be welcomed inside the station by the seven-member crew of Expedition 68. The astronauts of NASA's SpaceX Crew-4 mission will undock from the space station and splash down off the coast of Florida several days after Crew-5's arrival,” NASA officials said.