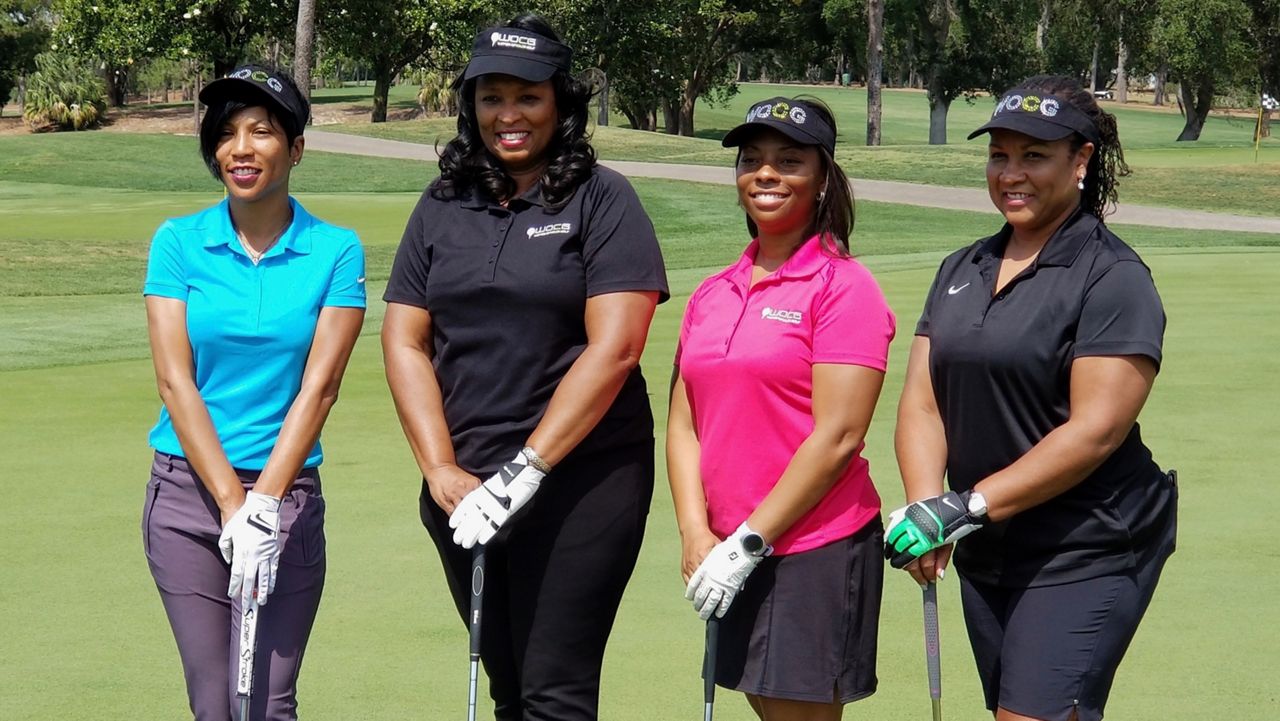 ST. PETERSBURG -- Clemmie Perry has never been a golf pro.

In fact, just five years ago, she had never picked up a golf club.

“I was a corporate executive at Lockheed Martin in Aerospace and Defense and I ended up getting laid off from my job,” Perry said.

With some extra time on her hands, she started taking golf lessons – that’s when she realized something.

“24 million people play golf and only four million African Americans or minorities play and only one percent of females played,” she said.

When Perry first heard that statistic, she started digging deeper.

“Ninety percent of CEO’s play golf and if you play golf, you’ll typically earn 17 percent more than your counterparts,” Perry explained. “As we looked at all of the benefits of why you needed to play, we realized that minorities were missing out on that opportunity.”

Perry wanted to change that. So she used her severance pay to create a five-week golf course for minority women.

“Providing the education and the exposure, and really providing the reason why you should play golf and all of the benefits around it,” Perry said.

The course she created grew into a full-fledged non-profit organization.

“Our mission at Women of Color Golf is to primarily promote the inclusion and diversity of golf through mentoring, networking, career opportunities and health-related issues,” Perry said. “I think what a lot of people miss is the fun part of golf — it’s really a lot of fun.”

Over the past five years, the program has taught more than 500 women how to play golf. Evan Williams is one of those women – she always wanted to play, but didn’t know where to start.

“I am in the business world, I do own an insurance agency -- a lot of times when there’s conferences or group events, there’s always a golf tournament that goes along with it and I’ve never been able to participate in it,” Williams said.

Until a quick Google search led her to Women of Color Golf.

“Now that I’ve become more comfortable with golf, I’m actually able to participate in those things and that’s huge for me being in business, being able to network with other people over the game of golf,” Williams said.

Retired Army staff sergeant Tiffany Davis has also grown her game thanks to the organization.

“I don’t think there’s enough role models, I’m blessed to be able to have a role model here,” Davis said. “Clemmie has pretty much been my role model. I’ve watched the Women of Color golf group grow tremendously.”

Perry was named a 2016 White House Champion for Change, and was also honored by the Tampa Bay Lightning as a Community Hero.

“When you look at a five-year period since the organization started, we’ve already gone from the U.S. White House to the birthplace of golf so that is clear evidence of the networking opportunity, the people you will meet, and the doors it will actually open in your life,” Perry said.

When asked how the face of golf is changing, Perry believes the future is bright.

“I definitely think it’s starting to change to reflect more of the demographic of America and the changing face of America.”

And Perry is a big part of that movement.

“You can see yourself growing, personally and by playing golf just with the different people you network with,” Davis said.

One putt at a time, Clemmie Perry is changing the game of golf and changing lives.