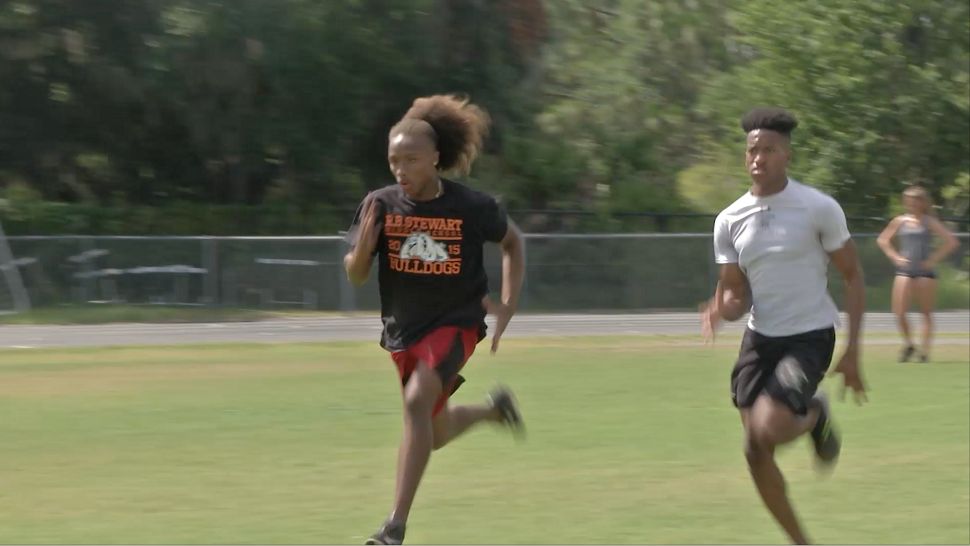 Wesley Chapel, Fla. - Every process leads to a result.

Bay Area track stars Evan Miller and Cartrel Strong are following a process that could lead them to donning the red white and blue as members of Team USA’s Under-20 squad.

“We’ve put a lot of hard work in here and it’s just going to pay off,” said Cartrell Strong, a member of the 2019 graduating class at Zephyrhills High School.

Cartrell has signed to play football and run track at Morehouse College. While Evan just finished up his first year at South Carolina. For Evan, being a Gamecock was the only option.

Evan’s father, Selvesta, played for the Gamecocks from 1994-1997. His mom, Erica, coached him to three FHSAA state championships in track and field during his time at Zephyrhills Christian Academy. Evan’s focus on the track comes directly from his parents.

“I train as hard as I can,” said Evan. “Working harder on the little things that can really take off milliseconds off of my time.”

If Evan is methodical with his approach, Cartrell is pure heart. The 2019 triple jump state champ has been honing the sprinting skills that have helped him race past opponents on a football field.

“After every workout, I know I put hard work in and it’s going to pay off later on in your life,” Cartrell said.

“It’s a tough love, but it’s stuff that he knows will help you achieve what you want to achieve,” Evan

The Team USA tryouts are in Miami from June 21-23. Coach Roberts knows that both Cartrell and Evan have more than a chance of reaching the goal of earning a spot on their nation’s team.

“It’s like a childhood dream these kids always wanted,” Roberts said. “That’s a chance that I didn’t get and a lot of other coaches didn’t get. I am so thankful that I am able to help these young men out to get that far in life.”

Making any level of Team USA is a difficult task. Coach Roberts knows that if Cartrell and Evan run to their fullest potential…there may be another TEAM USA for them – the one headed to the Olympics.