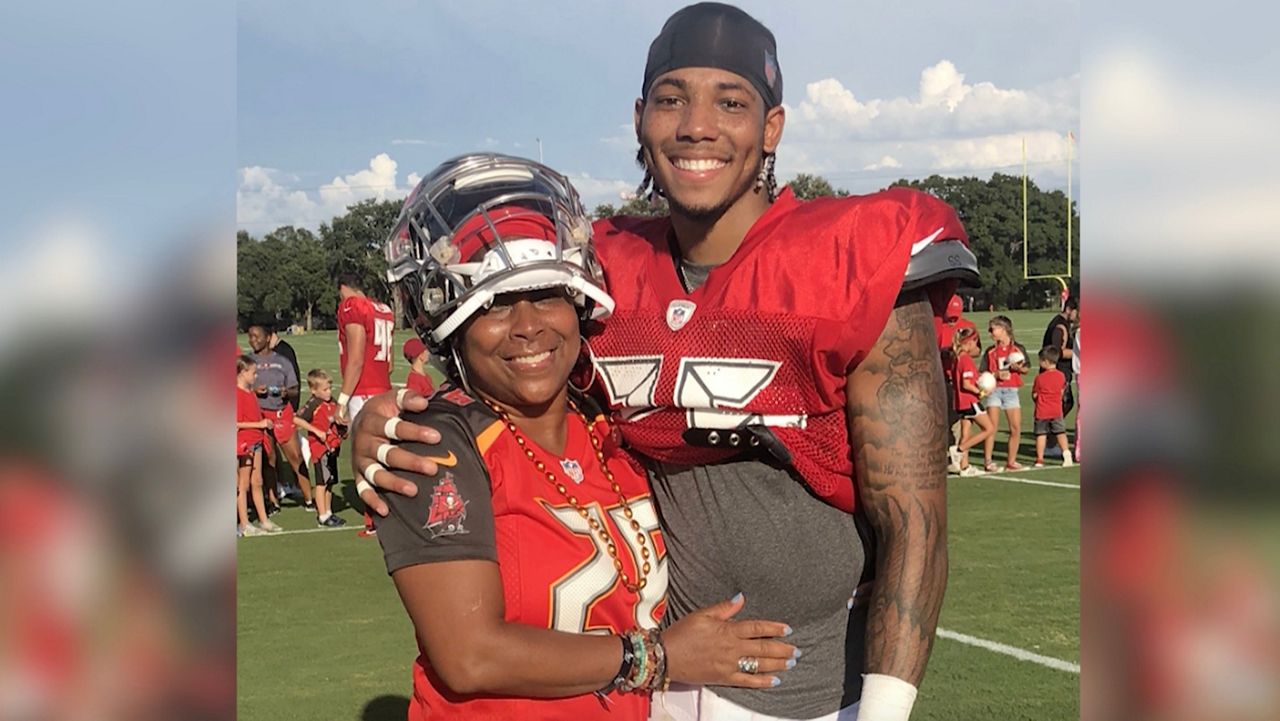 “A lot to do with my mom obviously, you know — that’s my best friend, that’s my rock,” explains Murphy-Bunting.

When the cornerback out of Central Michigan was announced as the second-round draft pick, his last name was Bunting. But as he takes the field for his first NFL game, he’ll also have his mom’s maiden name on his jersey.

"I felt like she didn’t really get enough credit for everything she’s done for me throughout my whole life,” he said. "It’s usually like, your father was your coach, your father was this, your father was that, but behind the scenes, no one knew how much time and effort she put in to get me to practice every day and get me across the country.”

For Kim Murphy, a working mom of four boys, everything revolved around her sons — and all of their sports. She never missed one game.

"The sacrifices she put in is honestly insane, now that I look at it, now that I have time to kind of reflect on it, and have everything processed,” Murphy-Bunting said. “It’s just crazy how much she did and and how she did it.”

She also have a belief in Sean, even when he didn’t.

"There were times I was down on myself, coming out of high school — that period where I wasn’t being recruited and I lost my scholarship and stuff like that, there were times I just wanted to give up and say, I could play a different sport, I could do something else,” he said.

However, his mom never allowed him to lose sight of his dream.

His path to the NFL wasn’t easy.

In high school, he didn’t have a single Division 1 offer on signing day. But his mom didn’t take no for an answer.

She drove Murphy-Bunting to Central Michigan to talk with the coaches — he ended up with a late Gray-shirt offer.

"She drove me up to Central Michigan to get that offer. Without her, I would’ve just gave up,” he said. "I wouldn’t have gone up there by myself, I know that. Me not getting responses from the coaches, I would have never kept reaching out to them. But she kept that motivation in the back of my mind.”

In April, his NFL dream became a reality as Murphy-Bunting was taken as the 39th pick in the NFL Draft.

“She found out right when I did. She was just screaming and yelling, everyone was kind of confused as to what was going on at first,” he said. "And then, when they said my name in the screen, she started crying. She just kept on saying, 'we made it, we made it.’ It was a blessing and it made me emotional."

Before every game, workout or interview, her words of advice were the same.

Those are the words he will keep in mind as he embarks on his NFL career — with both his parents watching in the stands.