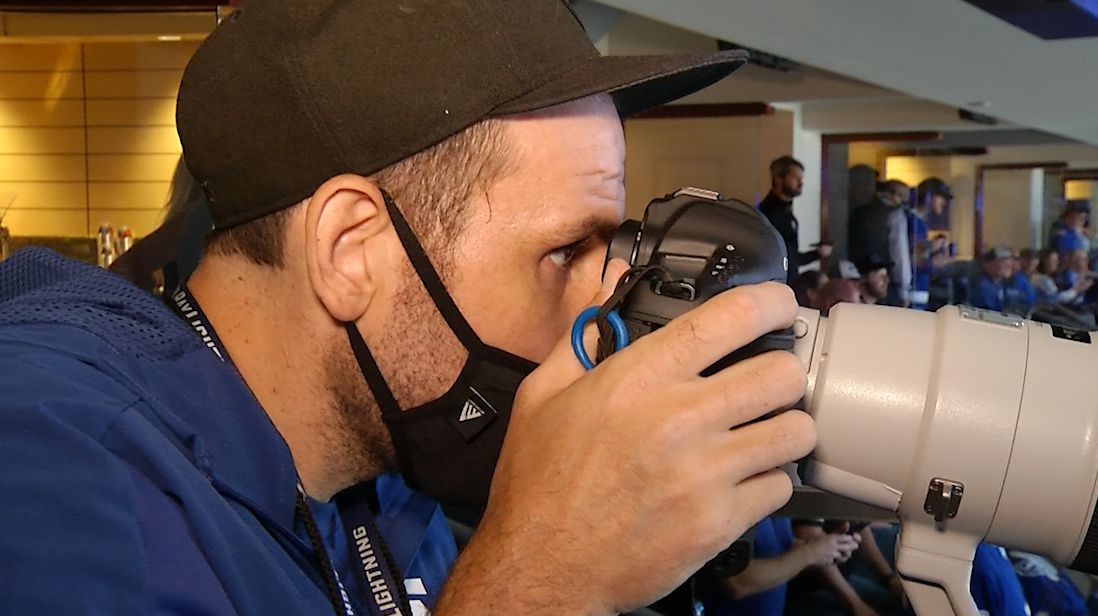 TAMPA — If a regular picture is worth a thousand words, the value must be higher for shots of Tom Brady or Steven Stamkos.

But for Tampa sports photographer Mark LoMoglio those images are priceless.

Mark and his camera have been covering major sporting events in Tampa for the last 15 years. During the pandemic, he, like most media, were kept at a distance due to COVID – making it harder for him to do his job.

“All of last year was just rough,” Mark said.  “I didn’t think this year could get worse than last year.”

Unfortunately for Mark it has been. On March 10, he went out for his typical run. As he got back to his home, he was crossing the street. A car came out of nowhere and hit him.

“I was able to jump at the last minute – or last second,” said Mark. “Broke both ankles, tore up my knee and broke my left hand and was in the hospital for 22 days.”

The accident would put Mark, a single father, in bed for three months, unable to walk and unable to work.

“Not being able to be at a sporting event for that three months was probably the longest I had went in probably 15 years,” Mark said.

But just as Mark thought he would be sidelined alone, his Tampa sports family stepped up. Friends from the Lightning and Tampa Tarpons organized a GoFundMe. To date, it has raised almost $23,000.

“The support from it was really just overwhelming,” Mark said.

It’s also been inspirational.  Mark has moved into walking boots faster than doctors predicted. There was also another factor – watching the Lightning make another deep playoff run.

Mark has attended some playoff games. Hoping to capture the next bit of Bolts glory. Even though he wishes he could be down by the ice, Mark knows it’s a big first step to getting back to covering the teams he loves in the city he loves.

“Tampa sports is my life,” said Mark. “Basically since I was out of high school, sports in the area have just been my life.”

Mark said he can’t wait for normalcy. But for him, it isn’t taking off a mask – it’s standing on a field or near the ice capturing Tampa teams and their next big moments.