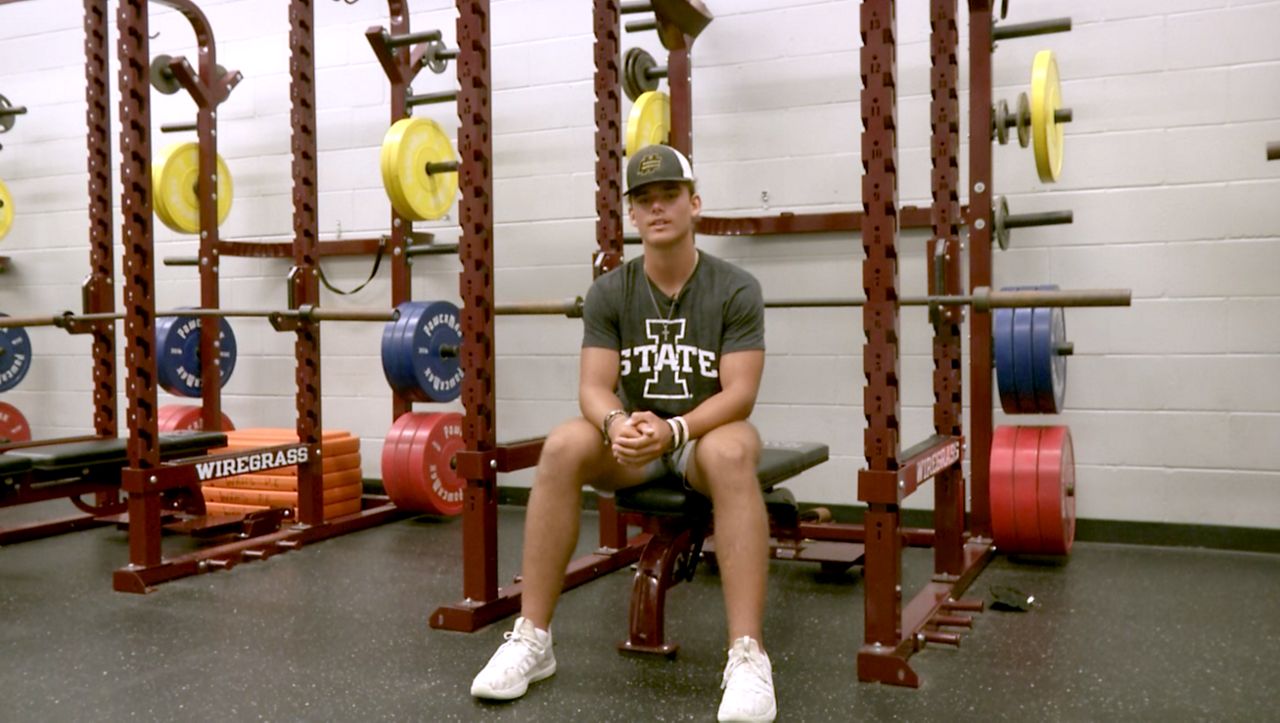 WESLEY CHAPEL, FL - It seems like just yesterday Rocco Becht was a wide-eyed sophomore taking over as starting quarterback at Wiregrass Ranch.

“There were some seniors on the team that I thought that really didn’t look at me as a leader; as a sophomore, as a little kid,” said Becht, who remembers those early days as a high school starter.

Fast forward to this summer, and leadership may just be Becht’s best quality.

“During offseason, during COVID, I would text all of my teammates and we would do our own 7-on-7 practices,” said Becht. “I would make sure guys were lifting at home.”

Becht also leads by example. His growth on the field has made him one of the best QBs in Florida.

“I look up to (Seattle Seahawks QB) Russell Wilson,” Becht said. “They call his deep ball the moonshot. I try to get that velocity and that air on that ball to make it drop right into the basket of the receiver.”

Becht’s skills led to big offers. He gave a verbal pledge to Iowa State in April. But even as a Big 12 commit, Becht wasn’t getting the Power-5 treatment from recruiting services.

“I just want these analysts and these Rivals and 24/7 people to understand that I can compete with the top dogs,” said Becht.

Becht, who is the son of former Bucs tight end Anthony Becht, got his opportunity in a recent Rivals100 Five-star Challenge in Atlanta.

“Going into that in Atlanta I had tons of confidence,” said Becht. “I went into that knowing like ‘I want to win this’.”

And win he did. Beating out some of the best QB prospects in the nation, including some four and five star prospects. One of the QBs competing was a Clemson commit.

“Rocco got his opportunity just because of his work ethic,” said Kantor. “The kid is probably one of the hardest working kids I have been around in my 27 years of coaching. Now Rivals just needs to get on board and rate him the way he should be rated.”

Star, ratings, rankings - they’re all well and good. They get you noticed. Rocco Becht knows there is another way to show your worth – lead your team to victory each Friday night of the season.

“We can go undefeated with the schedule that we have and make a good run in the playoffs,” said Becht. “I feel like we can get the job done.”