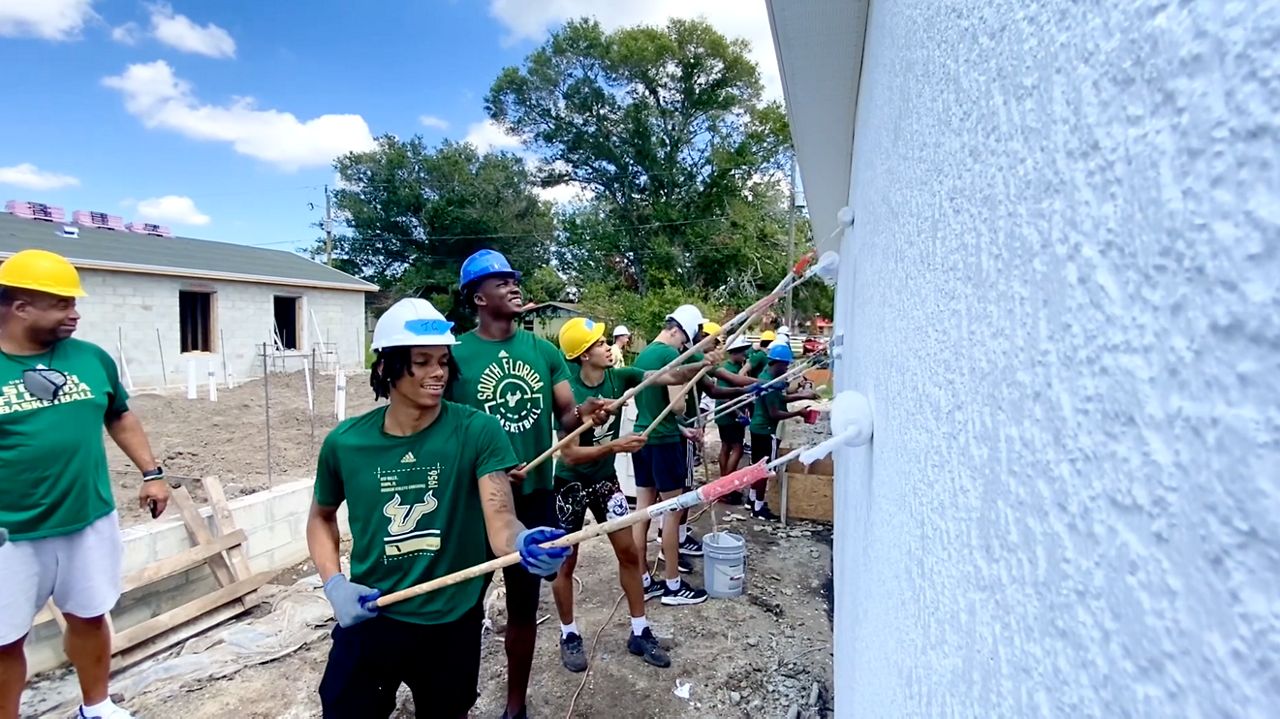 TAMPA, FL. - It’s a new day for USF Men’s Basketball. Head coach Brian Gregory and his staff had to replace ten players in the offseason.

“The new guys coming in are all going to make an impact,” said Gregory who is entering his fifth season at USF.  “I am excited about what we can build.”

Practice is where all the Bulls can learn their new teammates. Going from drill to drill and rep to rep. Of course, chemistry will take time.

It’s never easy when you’re almost starting over. That’s why the Bulls’ coaches wanted to get the players off the court and build their chemistry while building something else.

USF recently spent a day on a Habitat for the Humanity site.

The players learned their name goes on the front of a helmet instead of the back of a jersey. And the term going into the paint means something completely different.

With each stroke of their brushes and each new coat of paint on the house, Bulls players are learning exactly what their head coach wanted – you can build your team the same way you build a home.

“Having a strong foundation is where everything is built from,” Gregory said while painting. “And that foundation is the character piece of our program.”

The Bulls also learned that that this is a special house.

This house is for ten-year-old cancer survivor Abbey Thompson and her mom, Cynthia.

“This is Abbey’s Make-A-Wish,” said Cynthia. “So this is going to be her wish come true when this house gets done with her own bedroom and own bathroom.”

The Bulls don’t want to let Abbey down.

“We’re making it nice, like all nice and pretty and all white,” said sophomore guard Caleb Murphy.

The players are even more focused on their tasks than they were before.

“It means everything man,” said graduate assistant manager Luchi Gomez-Joseph. “Just a great experience to know you’re helping someone else.”

“We’ve been given great things and had a lot of blessings,” said Gregory. “But they mean nothing unless you’re willing to lift other people up too.”

At one time the USF Men’s Basketball was just a group of strangers. But now they have become a family and are working together to help strangers. It’s a lesson they can take not just through the season but for the rest of their lives.