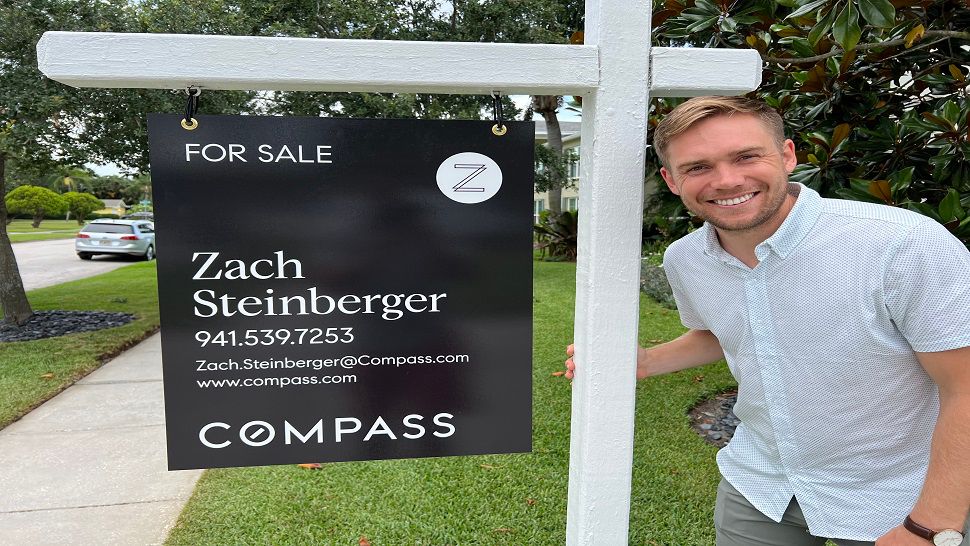 St. Petersburg, Fla. -- For Zach Steinberger, there’s nothing like being a professional soccer player.

“Playing soccer for a living, you can’t compare it to anything else,” said Steinberger. “It was a dream. It was what I dreamt about doing since I was a little kid. So doing it professionally for long as I did was a dream come true.”

The former Tampa Bay Rowdies midfielder lived out his dream for seven years before hanging up his cleats in February and embarking on a new career, one that allows him to scratch that competitive itch; real estate.

“I think the thing I miss most about soccer is competing every day so eal estate does give me a little bit of that. Maybe not quite as much as the physical competitive side of things but definitely trying to win business, trying to win deals, negotiate on behalf of clients.”

Zach got his license to practice real estate in Florida a few months after signing with the Rowdies in 2019. Not long after announcing his retirement from soccer, he joined a real estate brokerage called Compass and made the transition from professional athlete to full-time real estate agent.

“Starting is the hardest because you don’t have any experience but people have to trust you that you’re going to advise them. It’s the biggest decision they’re going to make in their lives.”

Much like in his pro soccer career, Zach’s real estate career is focused on being the best. He’s sold more than 50 homes over the past three years and his relentless work ethic is starting to pay off in a big way. The 30-year-old recently landed the largest listing of his career.

“So I’ve been working really hard while building my business while playing for the Rowdies and so this is my first listing over 2 million dollars so really exciting.

On top of fueling his competitive side, Zach says the gratification he feels after helping someone buy or sell a home is similar to the one he gets whenever he makes a big play on the pitch.

“In soccer, you train so hard to try and get a goal, get an assist, win a game, and it is a familiar feeling getting a family a home, especially in this market where everything is a bidding war, highest invest by Sunday.  When you finally win one of those bidding wars for your clients and you make that call and they’re so over the moon excited it is such a fulfilling feeling.”