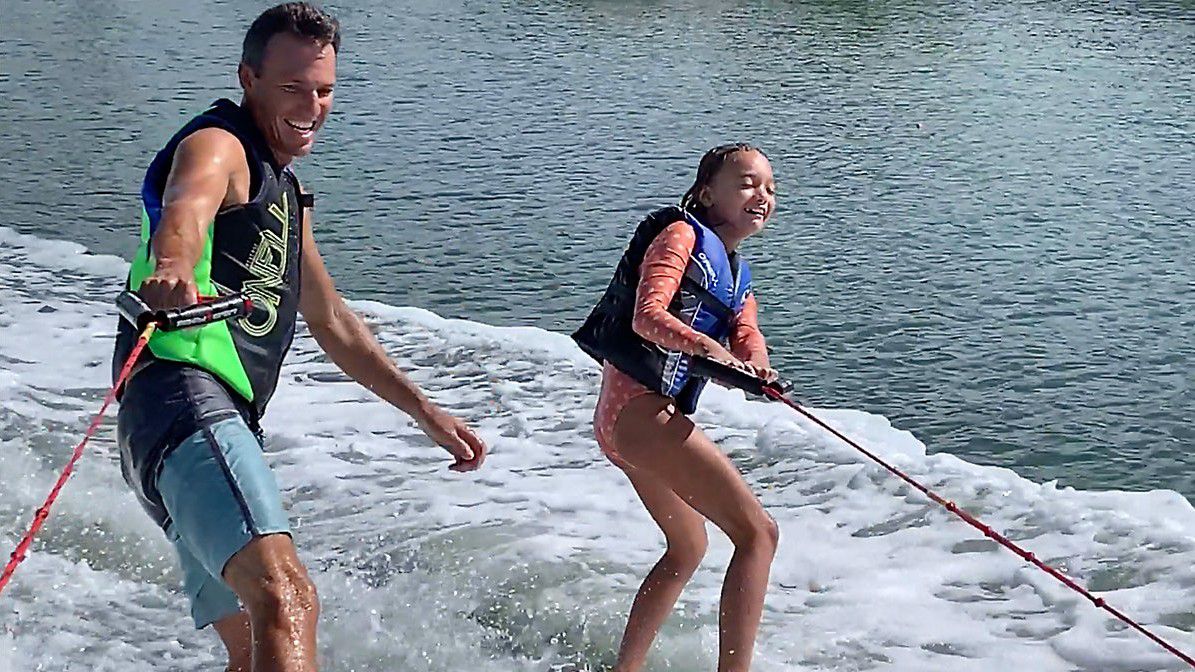 Cory Lopez grew up on Indian Rocks Beach. His love for surfing stemmed from his own dad.

INDIAN ROCKS BEACH, FL -- Cory Lopez has always felt most at home on the water.

“It’s surfing, you’re not always going to get the perfect wave, but as long as you tried your hardest, you knew you did the best you could," he said.

Lopez is a professional surfer. He competed for 12 years on the World Championship tour, with consistent top 10 finishes competing alongside surfing legends, Kelly Slater and Andy Irons.

His accolades in the sport are too many to name.

In some ways, even more so.

“For me, surfing is life, right? My dad taught me how to surf and now, I’m getting to teach my kids how to surf,” Lopez explained. “It’s such a great feeling to paddle out on the water with them and share a good day in the ocean with them. Every day is a good day out there, but when the waves are really good, it’s really special and that’s what we live for and where I find a lot of joy.”

Lopez grew up on Indian Rocks Beach. His love for surfing stemmed from his own dad.

“This where we learned to surf, but being an avid surfer here, there’s not much waves, so we traveled a lot, we’re road warriors. My dad especially, driving us to the East Coast, Melbourne area pretty much each weekend that there was waves.

"So we spent a lot of time on the road, and we were just fortunate to have a dad that loved surfing as much as we did and took us every time he could.”

Now a father of three, Lopez is sharing that passion with his own children.

“The kids all started surfing around 4 or 5 years old. For them to take it on and truly make it their passion as well, it’s been so fun to see.”

All three surf. His two oldest, Luke and Alana have quickly risen in the sport.

“Now they’re starting to compete at the higher level, following in the footsteps of what I did, doing competition, Luke finished third in the country this year, Alana was second in the country last year, so they’re doing it, they’re going up against the other kids from Hawaii, California, having fun.”

“I just want to do what he did, but better, because I want to be better than him.,” Luke said with a smile.

Lopez is dad first, but also a coach to his kids.

“Basically, everything I’ve learned on the water from him, and I’m just so grateful for that,” Alana said. “He’s definitely the reason why I love surfing, if it wasn’t for him, I wouldn’t even know about the sport. And I wouldn’t know that I love it so much.”

Although Lopez is now on the east coast of Florida, he still has strong ties to his hometown. He owns a surf shop on Indian Rocks Beach.

He also frequently visits his family in the area, where three generations takes the water.

“To me, the most important is the fact that we get to surf and enjoy our time in the ocean together as a family, the days that my dad’s out there with us too, makes it even better,” Lopez said. “To me, surfing is such a great sport because of the fact that you can do it for so long, my father is 70 years old, he’s still surfing, still out there.”

Lopez is sharing so much more than a sport. He’s sharing a love for the water and family.

It’s the Lopez legacy, one that spans generations.

“What I want to pass onto my kids, I think I already have, which is the passion to be in the ocean and hang out at the beach and just love surfing, I just want them to enjoy it and have fun, do something they can share with their kids moving forward, I’d love to be out there one day with my grandkids just like my dad’s doing and make it a family thing that just keeps going from generation to generation.”