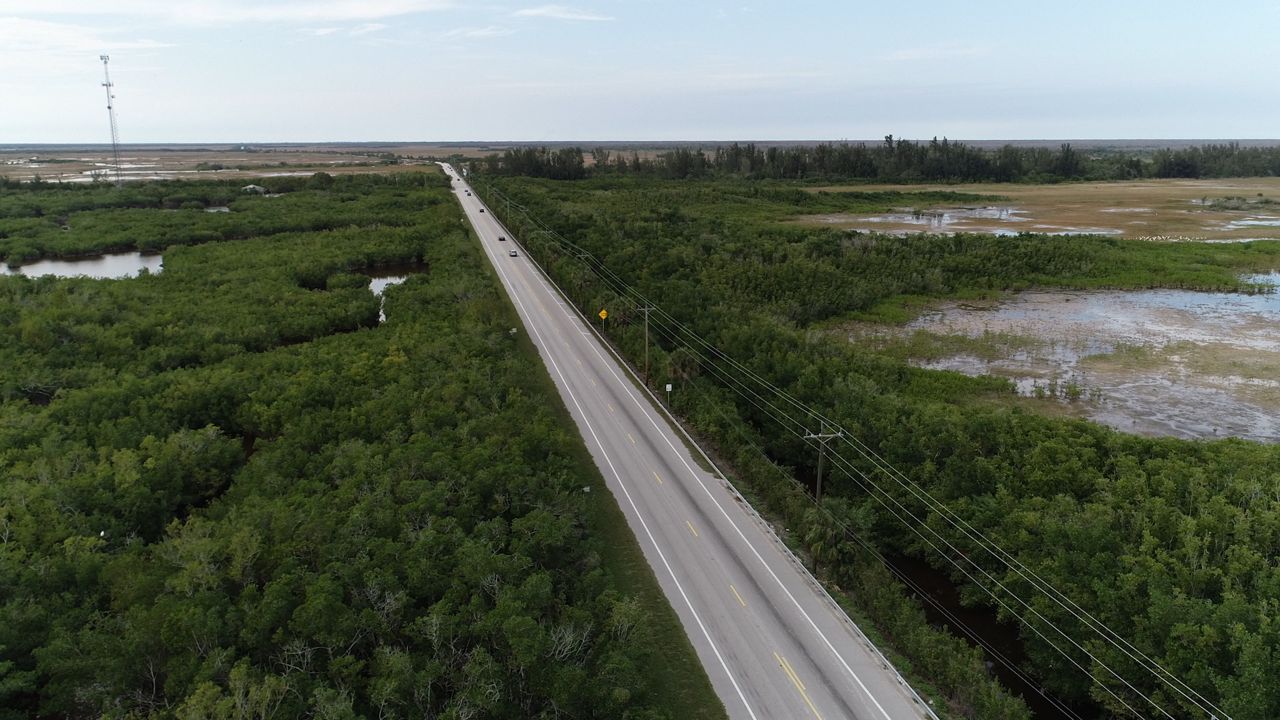 The Tamiami Trail: They Paved Through Paradise

This story is part of Spectrum News’ initiative, “Street Level,” which explores Florida through the history and culture of specific streets and the people who live there. You can watch part one of Street Level: Tamiami Trail in the video above and watch part two here.

The Everglades, in the southern tip of the Florida Peninsula, is an environment found nowhere else on Earth. This subtropical wilderness—the largest in the country—is home to more than just alligators. For generations, the crystal-clear waters of the Everglades have supported the unique and diverse cultures of those who live there.

For centuries, the wild wetlands of the Everglades were untamed—a place out of time, unchanged by human hands.

“You're walking into an area that's untouched,” says Everglades tour guide Scott Randolph. “You could step back in time and expect to see the exact same thing.” Randolph would know. He’s spent nine years guiding tourists on swamp walks, and has taken countless photos of the unique habitat. Its experience is peaceful, he says, until the quiet is broken by the sound of an 18-wheeler passing by on the Tamiami Trail.

Since Florida’s statehood in 1845, the government has been draining, damming and dredging—managing the waters of the Everglades. The resulting highway, appropriately named the Tamiami Trail, stretches from Tampa to Miami. It was the first road connecting the Atlantic and Gulf Coasts in Southern Florida.

It was an engineering feat, made possible by another feat of engineering—the Bay City walking dredge.

Shoveling chunks of dynamited limestone, it inched and heaved itself through the harsh environment of the untamed Everglades.

After more than a decade at a mile-a-month pace, the two-lane highway officially opened, with great fanfare, in 1928. The road was celebrated as an impressive feat of modern engineering, but little thought was given to its immediate harm to the ecosystem and more.

“It stopped the sheet flow of an 80-mile wide river, and everything that goes along with that ecologically,” says Lockyear. “But also, there were people who lived here and, you know, and they built a road through their land.”

That disruption is immortalized by the Tamiami Trail flag—red, with a white slash through the middle. Lockyear explains that, by some historic descriptions,“this symbolizes the white man's progress going through the wilderness that was occupied by the ‘red man.’” The Seminole tribe of Florida survived three brutal wars in the 19th century, and called themselves the unconquered. In 1858, the remaining tribal members found sanctuary deep in the Everglades.

“After the war is ended, there was an estimated 300 of us,” says tribal member Quenton Cypress. “Obviously, we weren't going to stick around for the Europeans to come and count us.”

Then came the Tamiami Trail, and everything changed.

“Tribal members were living historically in the Everglades, living a traditional subsistence life,” explains Paul Backhouse, the Heritage and Environment Resource Officer for the Seminole Tribe of Florida. “Suddenly a corridor emerges through southern Florida that completely disrupts that way of life.”

“If they had an encampment here during part of the year where the fishing was good and the pumpkins grew over here and there was kind of a rotation that was good for the land and good for the people,” says Lockyear. “All that stuff stopped because somebody just built a wall straight through there.”

For the Seminoles, these changes disrupted more than just their hunting and farming practices.

With their way of life impeded, the Seminoles looked for new ways to survive.

“Ecologically, it caused a huge disruption,” says Backhouse. “But it presented new opportunities. And the tribe had their eyes open to those opportunities.”

The Seminoles began inviting curious travelers into their traditional villages. Their alligator hunting skills turned into roadside wrestling demonstrations. They traded their sought-after crafts for currency, and posed for pictures. The road that had destroyed their traditional way of life, became the key to their survival. Today the tribe numbers at nearly 3,000 and it's recognized as a sovereign​ government with an elected Tribal council. The tribe now owns six casinos, where more than 90 percent of their income is made.

“What I hope to see happen in this tribe, in our Seminole tribe of Florida, is that we keep moving forward in the gaming, [and] taking care of the people,” she says.

"We survived, we fought, we did everything we can to be still be here today."

It’s a determination that crosses cultural lines in the Everglades—for all the people that call it home. In part two, we explore how other Everglades residents have adapted to preserve both their way of life and the habitat they call home.