Ybor City was sliced in half by Interstate 4.

For More on Streel Level Florida

For half a century, Ybor City was a one industry town. Cigar factories prospered, providing good jobs for immigrants who came in search of a new life. By the 1940s, however, jobs were becoming few and far between as the once-respected cigar rollers were replaced by machines.

“Where you had over a thousand people laboring in Tampa cigar factories, all of a sudden you have only five to six thousand by roughly 1960,” explains Tampa Bay History Center Historian Brad Massey.

Without jobs, many families left Ybor City, businesses shuttered, and those that remained struggled to survive. 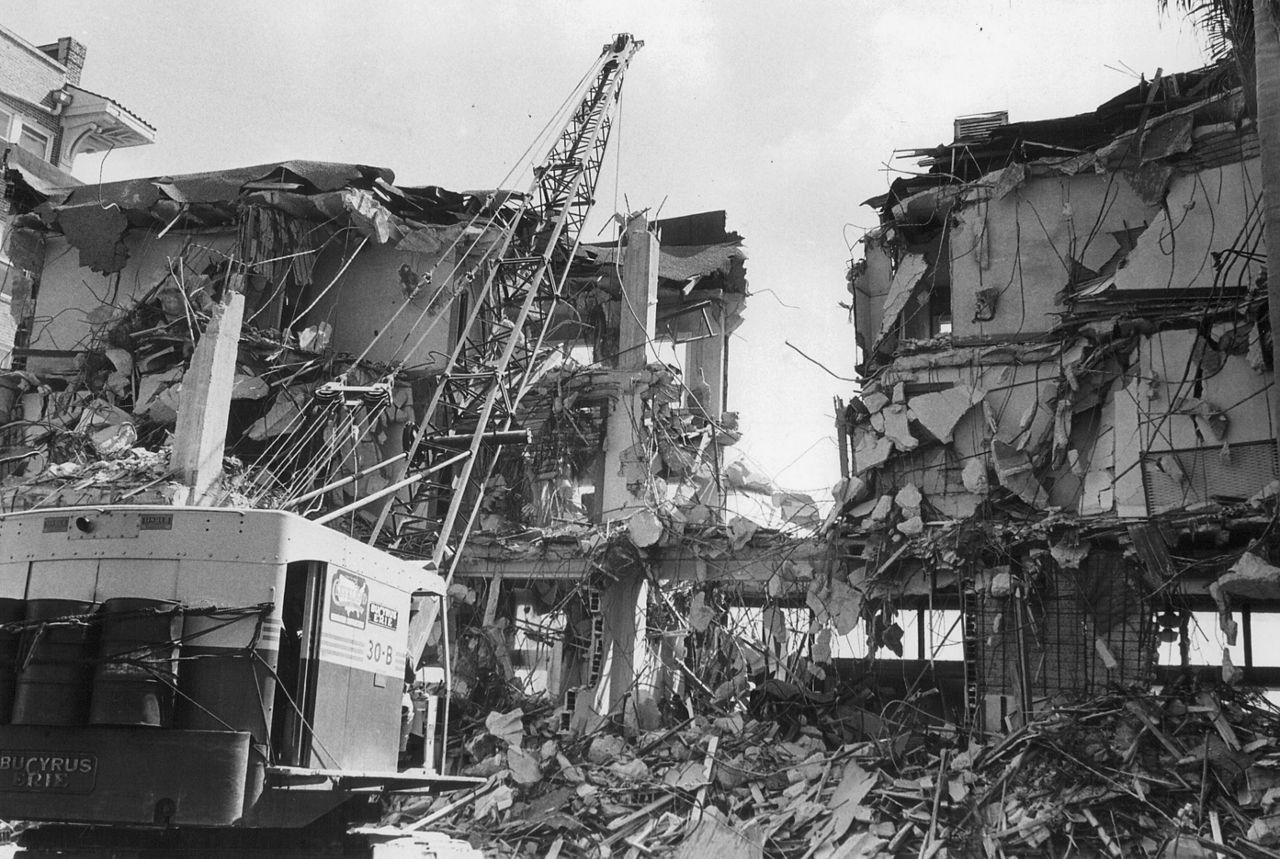 Homes and businesses in Ybor City were demolished in the once thriving cigar industry town. (Courtesy Tampa Bay Times)

“They knocked down old buildings, and then they planned to build after that,” says Massey.

Richard Gonzmart’s family business, The Columbia Restaurant, was among the few that survived the tumultuous time.

“They relocated all the families that called this home—where they worked and they shopped and they played—to the suburbs,” recalls Gonzmart. “And with that, every business closed except The Columbia and La Segunda Central.”

In total, more than 600 homes were demolished, and a thousand families were gone. But even with the path cleared for new development, progress was slow.

“The problem is the building that was supposed to happen after the first stage never happens,” Massey explains. “You have empty sand lots that are filled with weeds because no construction took place of the buildings that were demolished.”

Not all of the revitalization plans failed, though. The one structure that was put up brought Ybor to its knees—Interstate 4. The four-lane highway cut right through Ybor, slicing the neighborhood in half.

“You're really only seeing a fraction of what Ybor city was,” says Tampa Bay History Center’s Manny Leto.  “In some ways you're seeing a kind of an artificial barrier that has been created because of the interstate.

On the south side of that barrier, development continued, bringing a new economy to Ybor City.

“All of a sudden you see bars come in, and there's this really robust attempt to turn Ybor into a tourist attraction,” says Massey.

Leto remembers spending time there in the 1990s. “There was a Santeria shop and there was Max Argintar’s Menswear. And so there were still these holdouts from kind of the early era of Ybor City. But it was also a place where you go see a punk rock show and you could go and see Henry Rollins play at the Cuban club.”

The night time economy flourished, bringing echoes of Ybor’s rum-running past during prohibition, when speakeasies offered illegal hooch, and gambling was widely available.

But nostalgia wasn’t enough to save one of the stalwarts of 7th Avenue.

Just shy of a century after it opened, Andrew Argintar’s family business shuttered. He now rents out the storefront that still bears his family name. 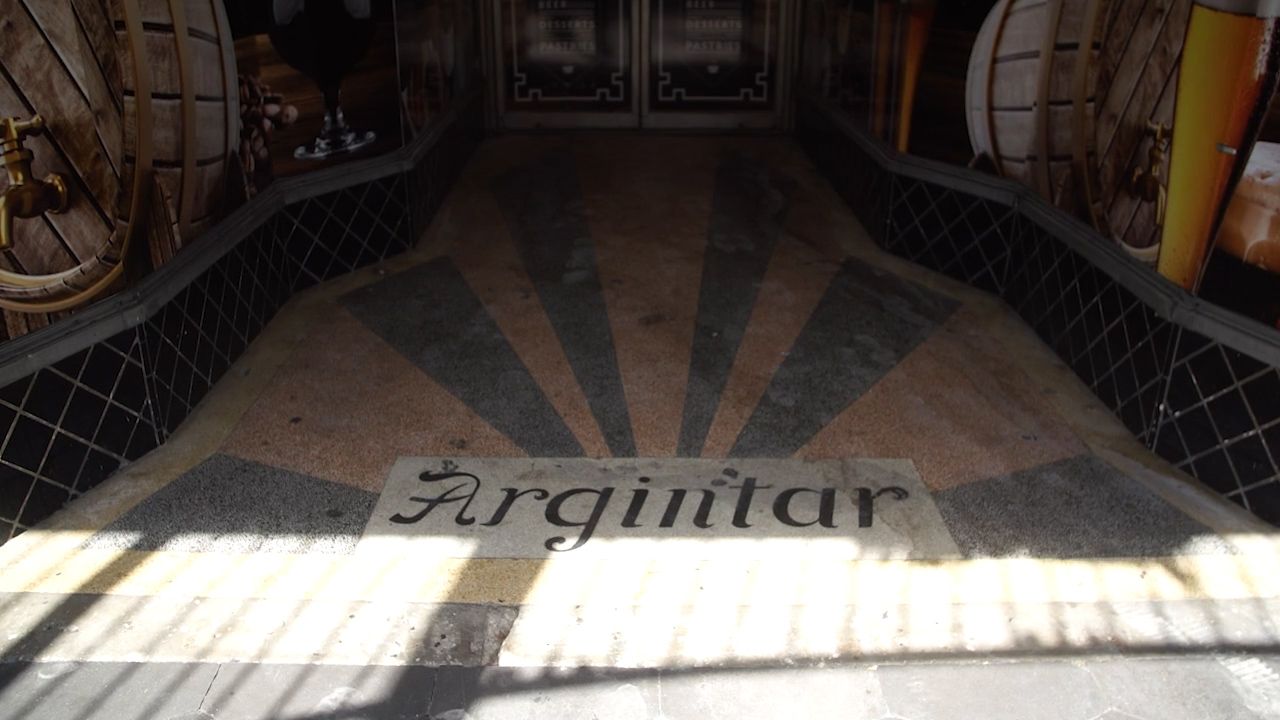 The sidewalk in front of the Argintar family’s storefront still bears their family name.

“I told my father that I was sorry that I was having to close the store,” Arginatar recalls, “and he said, ‘it's OK. You've done a wonderful job with the store’. He said, ‘there's a beginning, there's a middle and there's an end.’”

He says he still feels the loss. “It’s kind of like a death in some ways.”

As the south side continued to reinvent its economy, on the north side of Interstate 4 it was a different story.

The community north of the new interstate had been cut off, languishing in the aftermath of decades of disinvestment.

“We don’t have the best location here,” admits Copeland More, the fourth-generation owner of La Segunda bakery. “But we appreciate everyone that comes and drives the distance to get our bread.”

And come they do. La Segunda Bakery is home to a Cuban sandwich so famous it brings customers here, against all odds, to the markedly quieter north side of I-4.

The sandwich itself reflects the history of the community. 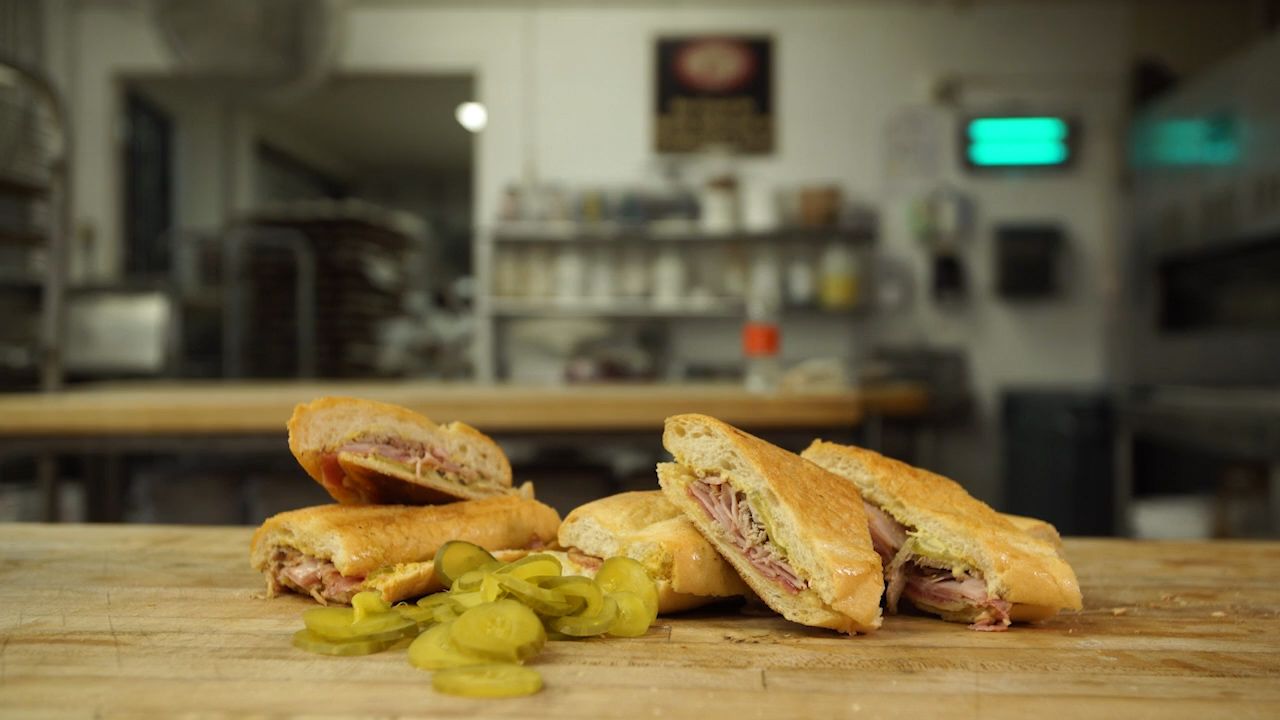 “It’s a melting pot of the cultures from Ybor City,” explains More. “So the pork is the Cuban marinated mojo, so that's the Cuban style ham, a serrano ham, which is from Spain. Salami from Italy. The cheese and the pickles are from Germany.”

But More believes his bakery’s storied tenure has been about more than just a really good sandwich.

“Our successes come from product quality and consistency,” he says. “We make sure they never hold back on ingredients. We make sure the process stays intact.”

That consistency, he says, has kept the family business going for four generations, and he hopes one day to pass it on to a fifth.

“I still have that sense of pride. I have two little girls who hopefully, you know, they'll take it over if they like to.”

The sentiment is the same at another 4th generation family business, The Columbia Restaurant. Richard Gonzmart is preparing to entrust his daughter, Andrea, with the restaurant’s legacy. It’s a responsibility she takes seriously.

“I hope that I can make my father and the generations before me proud and make sure the Columbia restaurant carries on to that sixth generation,” she says.

As the landscape and industry around Ybor continue to evolve, culture, tradition and community persist.

“Who knows what the future will be,” says Argintar, “but I'm optimistic. I've always been optimistic. My grandfather did an interview with the Tampa Tribune in 1960 and he said he was optimistic about Ybor City. And so I'll leave you with that—I'm optimistic too.”

For Part 1 of this Street Level feature, please click here.