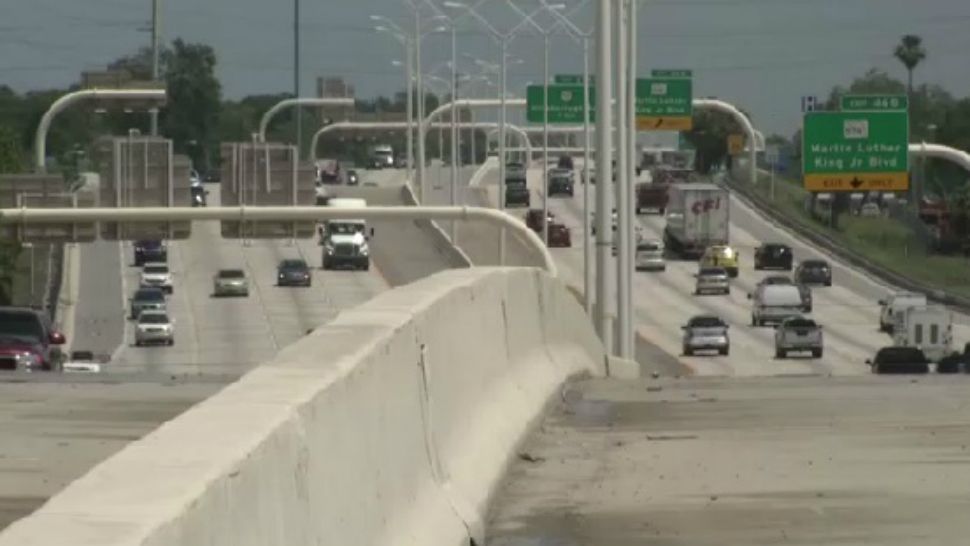 There is a new plan to connect Wesley Chapel, downtown Tampa and St. Petersburg.

ST. PETERSBURG, Fla. -- Tampa Bay is the only metropolitan area of its size that doesn't have a regional transit system.

That may be about to change.

There is a new plan to connect Wesley Chapel, downtown Tampa and St. Petersburg.

Ray Chiaramonte, the executive director for the Tampa Bay Regional Transit Authority, is an expert in transportation and someone who has seen a lot of studies when it comes to making our drive easier.

He and his team are excited about the item at the top of its to-do list.

"It's a 41-mile system that will connect Wesley Chapel, the USF area, downtown Tampa, Westshore and the airport, Gateway in Pinellas County and downtown St. Petersburg," he said.

It's one of the largest projects of its kind in Tampa Bay.

"And the exciting thing this is -- I actually think we can do it -- it is much cheaper than light rail," Chiaramonte said. "It involves bus rapid transit in dedicated or some shared tolled lanes, but definitely could move people quickly, which I think is important."

It takes a lot of work to get any group to agree on something, and in this case it's about Florida Department of Transportation, Tampa Bay Area Regional Transportation Authority, the three county governments and metropolitan planning organizations.

It's not a train but it will look like one, and will have dedicated stations located off the interstate. And when it's complete it will give thousands of people the freedom to move around our community they might not have now.

That means better access to jobs, and it can be built for a fraction of the cost of dedicated rail.

The plan is being solidified so it can be presented for funding in the near future. But before then TBARTA wants to hear from residents. It has posted a survey to find out where you think the project should go next.

"Ultimately, the great thing about this system is, you can expand it very easily," Chiaramonte said.

While this plan focuses on Pasco, Hillsborough and Pinellas counties, having a truly regional system that serves all of Tampa Bay is the ultimate goal.