Two men look over a seawall in Corpus Christi, TX as Hurricane Hanna approached the coast on Saturday. AP Images.

After making landfall near Padre Island, Texas on Saturday, Hanna weakened as it pressed inland.

Hanna's first landfall took place over Padre Island, Texas around 5pm CDT on Saturday evening before making a second landfall over Kenedy County, Texas on Saturday about an hour later.

Governor Greg Abbott issued a disaster declaration for 32 counties on Saturday. The storm claimed a pier in Nueces County where local emergency officials say the storm's fury was enough to collapse the Bob Hall Pier.

Over a foot of rainfall led to numerous water rescues in the town of McAllen. 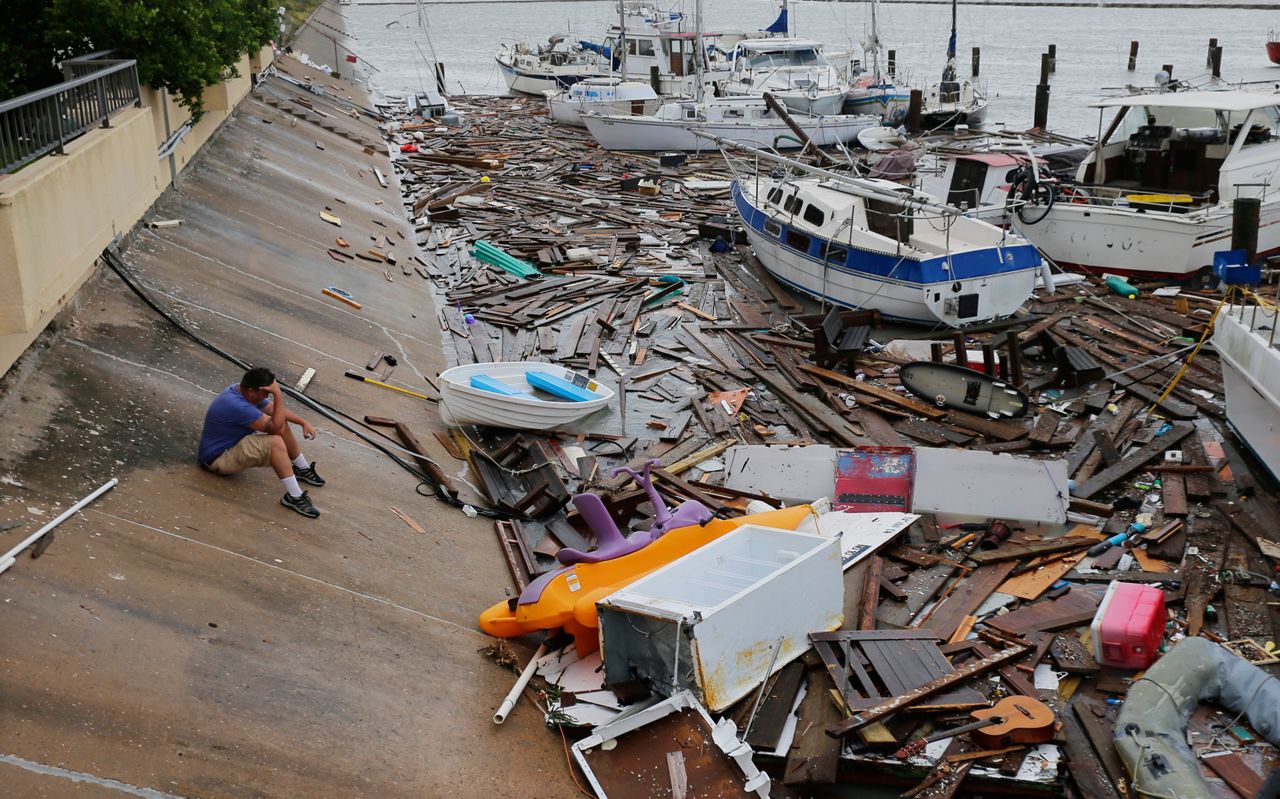 A man assesses the damage of a private marina near Corpus Chrisi, TX on Sunday. AP Images.

Hanna was also the first hurricane of the 2020 Atlantic season.