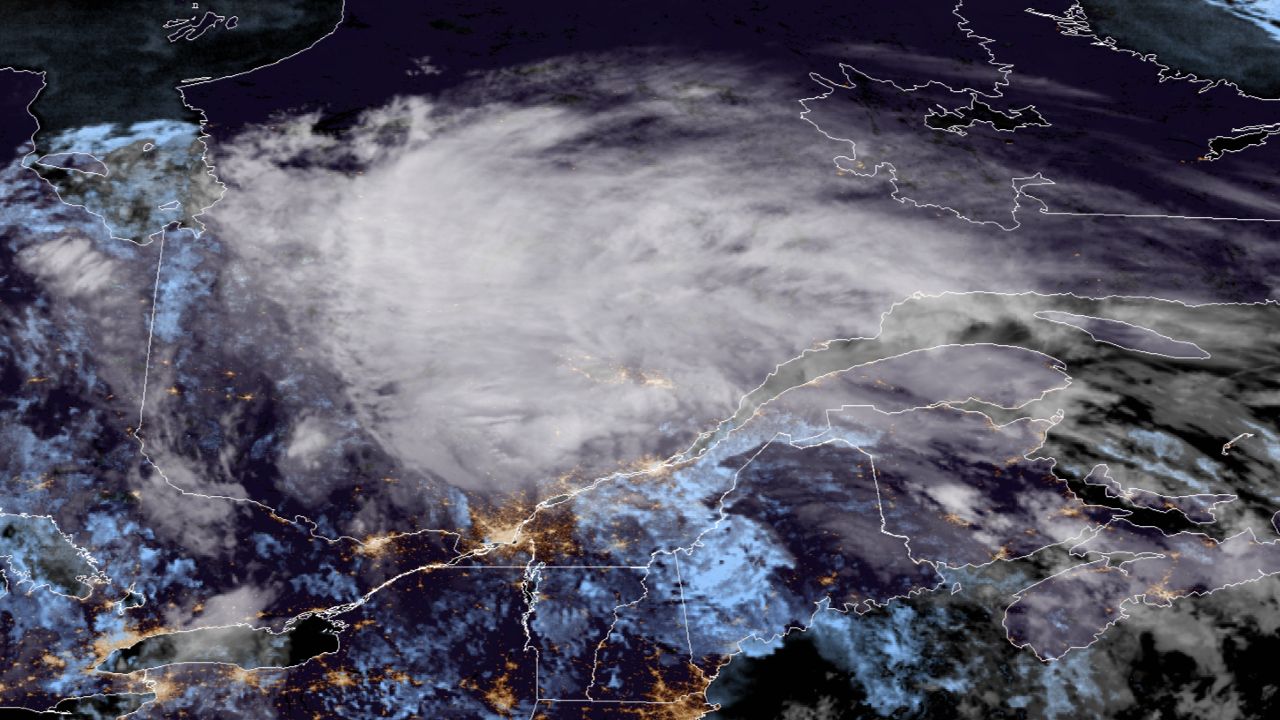 Isaias racing into Canada, as seen on satellite on Wednesday morning.

Isaias lost its tropical characteristics over Quebec on Tuesday night after bringing heavy rain, damaging winds, and tornadoes to parts of the East Coast and leaving millions without power in its wake on Monday and Tuesday.

After an exceptionally windy and nasty Tuesday along much of the Eastern Seaboard, New York City, Boston, Philadelphia and Washington D.C. are no longer under tropical alerts.

At one point on Tuesday, wind gusts up to around 80 mph led to nearly three million customers losing power on the East Coast.

Many are still without power early Wednesday.

Wind gusts Tuesday were as high as 78 mph at the southern tip of Manhattan, 70 mph at JFK Airport in New York, 68 mph near Atlantic City and Newark, New Jersey as well as at the NASA Wallops Flight Facility in Virginia.

Today, coastal waters from New Jersey to Maine will still have high waves of five to eight feet. Along the southern part of Long Island, dangerous rip currents are lingering through the day.

This storm, unfortunately, caused a few fatalities due to flooding, damaging winds, and tornadoes.

Portions of the Mid-Atlantic and Northeast also dealt with heavy rain and flooding.

The remnants of Isaias are moving quickly, zipping north-northeast at 28 mph. The fast motion has helped limit how long the storm's impacts stick around.

Much of the northeast will see plenty of sunshine, today.

Isaias was the second hurricane of a busy to-date 2020 Atlantic season.

If you’re wondering how exactly Isaias is pronounced, here’s a detailed guide on how to properly say it (along with all the other 2020 Atlantic storms. In short, Isaias pronounced over four syllables: ees-ah-EE-ahs.