The Most Destructive August Hurricanes: A Look Back in History

We’re diving into the third month of the Atlantic hurricane season, and the season has already been quite active.

Historically, August is the month where we see activity increase even more.

Ever since record-keeping of tropical cyclones began in the 1850s, over 300 hurricanes have moved through the Atlantic during the month of August, with 129 of them bringing impacts to the United States.

The Last Island Hurricane of 1856

This was a quick developing hurricane that formed on August 9, west of Key West, Florida. It moved through the Gulf of Mexico, and less than 48 hours later, it was a major category 4 hurricane.

On August 10, it made landfall in Last Island, Louisiana where winds peaked at 150 mph. It rapidly weakened to a tropical storm once it moved inland, but still caused massive damage.

Offshore, more than 180 people drowned due to boats sinking in the rough seas. The storm surge submerged Last Island and destroyed every structure and crop.

After the island re-emerged, it looked as if a town never existed. The island is now only inhabited by birds.

The Georgia Hurricane of 1881

The Georgia Hurricane first emerged in the central Atlantic on August 22 and gained hurricane status by August 24.

It continued on a northwest track, eventually making landfall between St. Simons Island and Savannah, Georgia on August 27 as a Category 2 hurricane.

Although it wasn’t the strongest hurricane, people weren't prepared due to the lack of communication tools. Damaging winds and flooding led to 335 deaths in Savannah alone, and the total death toll was 700.

The Sea Islands Hurricane of 1893

The Sea Islands Hurricane was the sixth storm of the season and originally formed near Cape Verde on August 15.

It slowly moved across the Atlantic, strengthening to a major Category 3 hurricane before eventually making landfall south of Tybee Island, Georgia.

High winds and a sixteen-foot storm surge devastated the barrier islands of Georgia and South Carolina, killing more than 2,000 people. 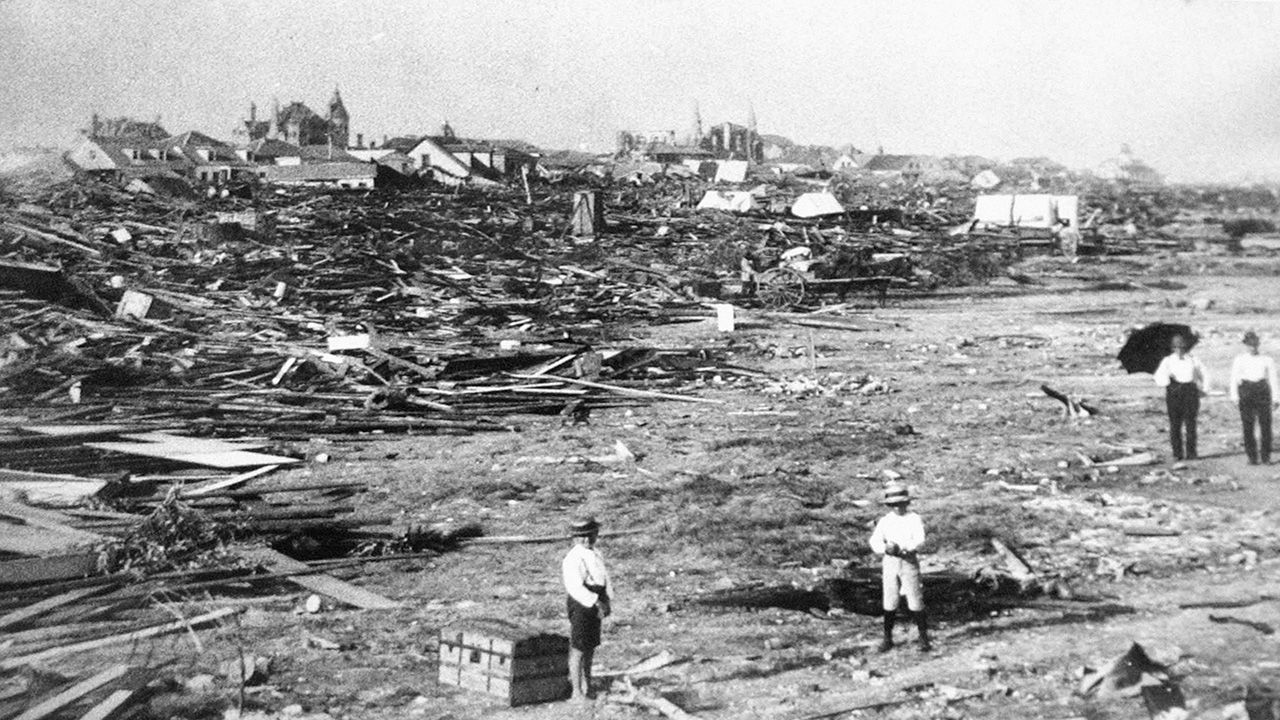 Destruction in Galveston, Texas from The Great Galveston Hurricane in 1900. Courtesy: AP

The Great Galveston Hurricane of 1900

The Great Galveston hurricane was the deadliest hurricane on record. It first emerged in the central Atlantic on August 27 and moved west, making its first landfall in the Dominican Republic.

It then made its way into the Gulf of Mexico where it strengthened to a major Category 4 hurricane and made landfall in Galveston, Texas on September 8.

Gusty winds downed many communication lines which meant most of the people of Galveston were unaware of what was coming. The winds and storm surge were the main cause of destruction.The storm flattened buildings and inundated the city with floodwaters.

More than 8,000 people were killed in Texas, making this hurricane the deadliest in history. Additionally, tens of thousands of people were left homeless.

The Great Labor Day Hurricane of 1935

The Great Labor Day Hurricane first formed to the northeast of Turks and Caicos on August 29, and afterwards, made its way west. It intensified quickly and made landfall on Long Key, Florida on September 2 as a major Category 5 hurricane with winds peaking at 185 mph.

It became the first of four category 5 hurricanes to strike the continental United States.

Wind gusts reached over 200 mph, and storm surge reached 20 feet. The islands in the Keys experienced near total destruction with almost every building, bridge, and road destroyed.

Due to forecasting errors, the Weather Bureau could not predict the path of the storm very well, ultimately leading to 485 people being killed in the Florida Keys. 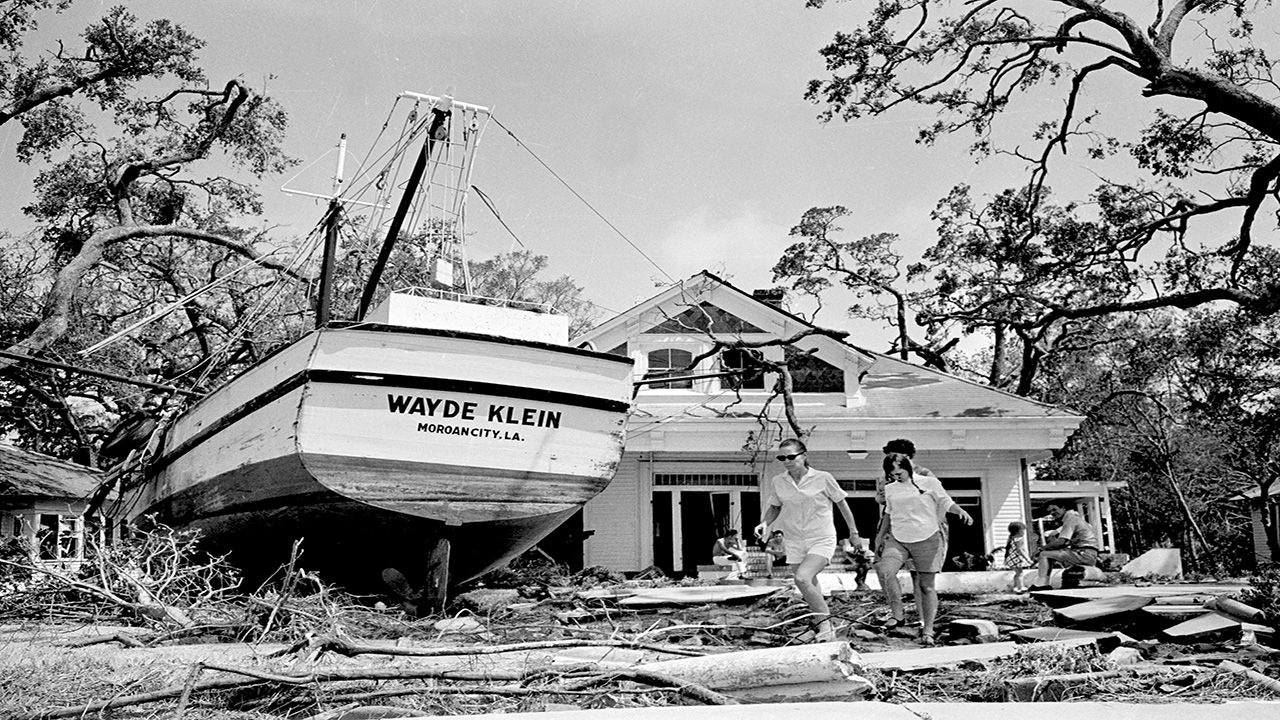 A boat pushed inland in Biloxi, Mississippi from floodwaters due to Hurricane Camille in 1969. Courtesy: AP

Camille first developed off the coast of Grand Cayman on August 14 and strengthened quickly to a major Category 3 Hurricane before making its first landfall in Cuba on August 15.

It then made landfall along the coast of Mississippi. The storm tide reached close to 25 feet for many causing devastating flooding.

Many businesses, farm buildings, homes, and crops were destroyed. and 256 people lost their lives.

Andrew developed in the central Atlantic on August 16 and continued on a northwest track where it developed into a major Category 5 hurricane by August 22.

It made its first landfall near Homestead, Florida on August 24 with winds peaking at 165 mph. Gusts reached even higher, near 177 mph.

Andrew continued into the Gulf of Mexico, weakening slightly, and made a second landfall as a Category 3 hurricane along the coast of Louisiana.

The deaths were not extremely high, but it did 27.3 billion dollars in damage, making it the sixth costliest hurricane to impact the United States in recorded history.

Hurricane Charley first developed as a tropical wave on August 9 to the southeast of Barbados. It continued on a northwest track, eventually strengthening to a Category 3 hurricane and making landfall in Cuba on August 13.

Hundreds of people were also injured and there were 10 direct deaths due to the hurricane.

Charley was one of four hurricanes to bring devastating impacts to Florida in the year 2004. In fact, the hurricanes all occurred within a 6 week time period. The others include Frances, Ivan, and Jeanne. All four hurricane names were retired due to their impacts. 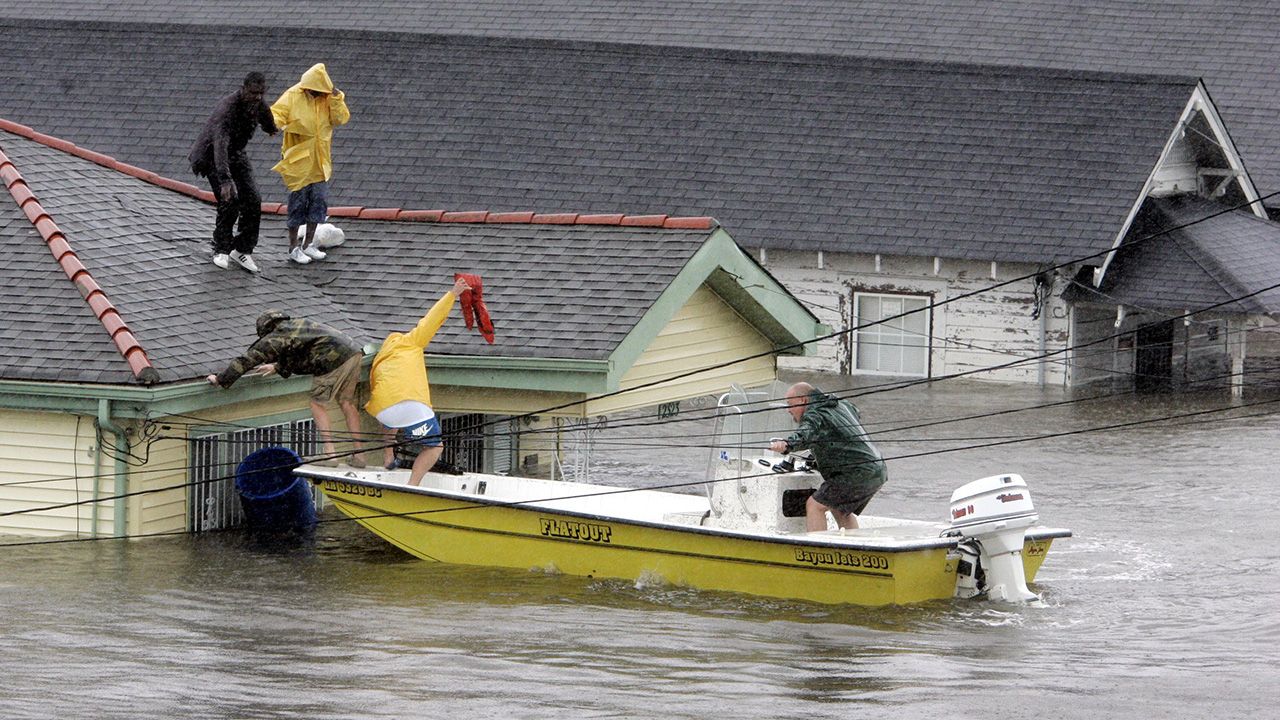 Hurricane Katrina is one of the most notorious storms on our list. It first developed on August 23, strengthened into a Category 1 hurricane on August 25, and made its first landfall in southeastern Florida.

After doing damage in Florida, Katrina moved into the Gulf of Mexico, rapidly strengthening to a Category 5 Hurricane on August 28.

Harvey first started off as a wave of low pressure off the coast of Africa on August 13 and moved west where it developed into a tropical storm on August 17, bringing impacts to areas in the eastern Caribbean.

It then tracked northwest, slightly weakening, and then rapidly intensified in the Gulf of Mexico to a Category 4 Hurricane on August 25.

Harvey made landfall near Rockport Texas the same day, bringing incredible wind damage to the surrounding areas with winds peaking at 130 mph.

It then weakened as it moved further inland but eventually made its way back to the Gulf of Mexico where it made a second landfall near Cameron, Louisiana, and this time it brought catastrophic flooding to the coastal areas of Texas and Louisiana.

Harvey dumped 60.58” of rainfall in Nederland, Texas, making it the highest rainfall total from a tropical cyclone in recorded history. 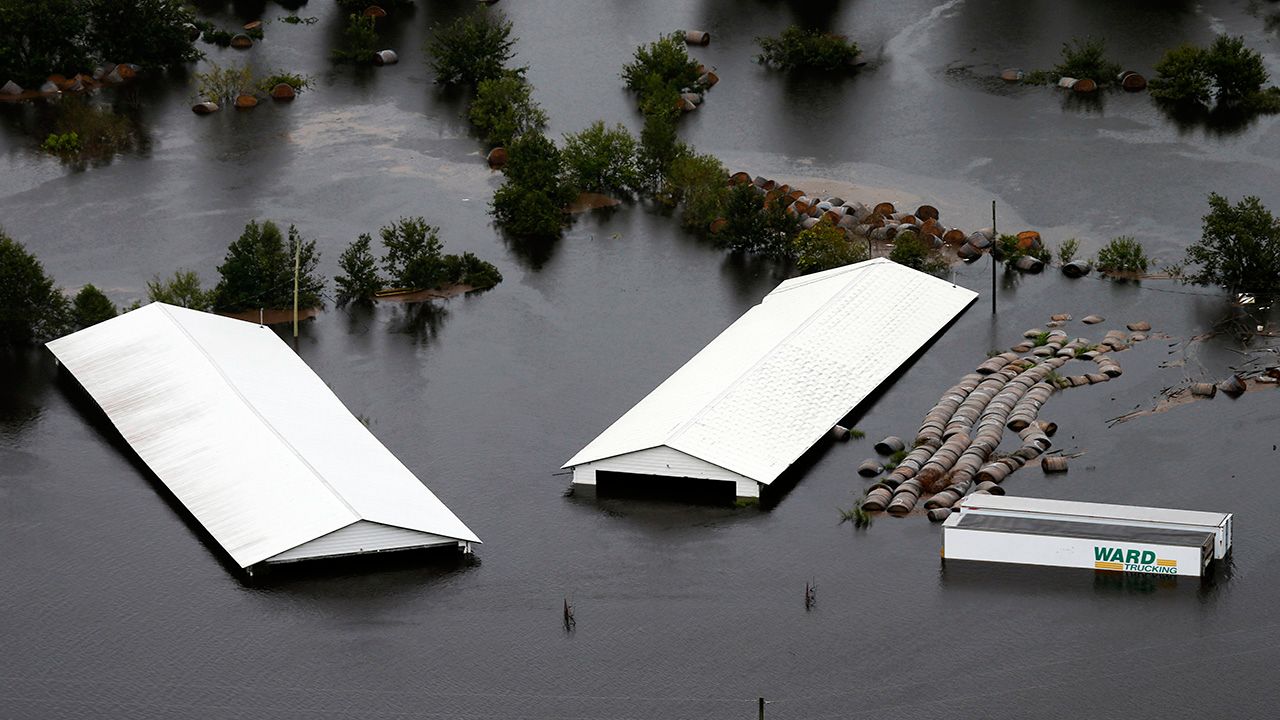 Last on our list is Florence. Florence was an interesting cyclone that first started as an area of low pressure off the coast of Africa on August 30 and tracked northwestward, reaching tropical storm status by September 1.

It then weakened back to a tropical storm on September 7, re-strengthened into a hurricane on September 9, and underwent rapid intensification on September 10 becoming a Category 4 hurricane, once again.

As the cyclone neared the coast of the Carolinas, it weakened and made landfall near Wrightsville Beach, North Carolina as a Category 1 hurricane.

Because the storm slowed down immensely near the coast, catastrophic flooding occureed in the Carolinas. Florence dropped over 35 inches of rain in North Carolina, making it the wettest tropical cyclone on record for the state.

The 2020 Atlantic hurricane season is far from over.

Colorado State University put out a new forecast for the remainder of the season in which we could see an extremely active season.

But, just because the season will be active, it doesn't mean all storms will be impactful.

Focus less on the numbers and more on being prepared. It's always best to be fully prepared long before a tropical cyclone arrives.