A Better Way to Judge the 2020 Atlantic Hurricane Season

The best way to judge the intensity of a hurricane season overall in the Atlantic Basin (Gulf, Caribbean and Atlantic Ocean) is to use the Accumulated Cyclone Energy (ACE) index.

This simple mathematical calculation was developed by the late Dr. William Gray at Colorado State University, then modified by NOAA for use starting in 2000.

This season has produced a number of named storms, including several within the Greek alphabet. However, several storms this season were weak, many lasting under 48 hours.

Therefore, the energy produced by tropical cyclones so far this season, as measured by ACE, remains below the top 10 for most energetic hurricane seasons on record. 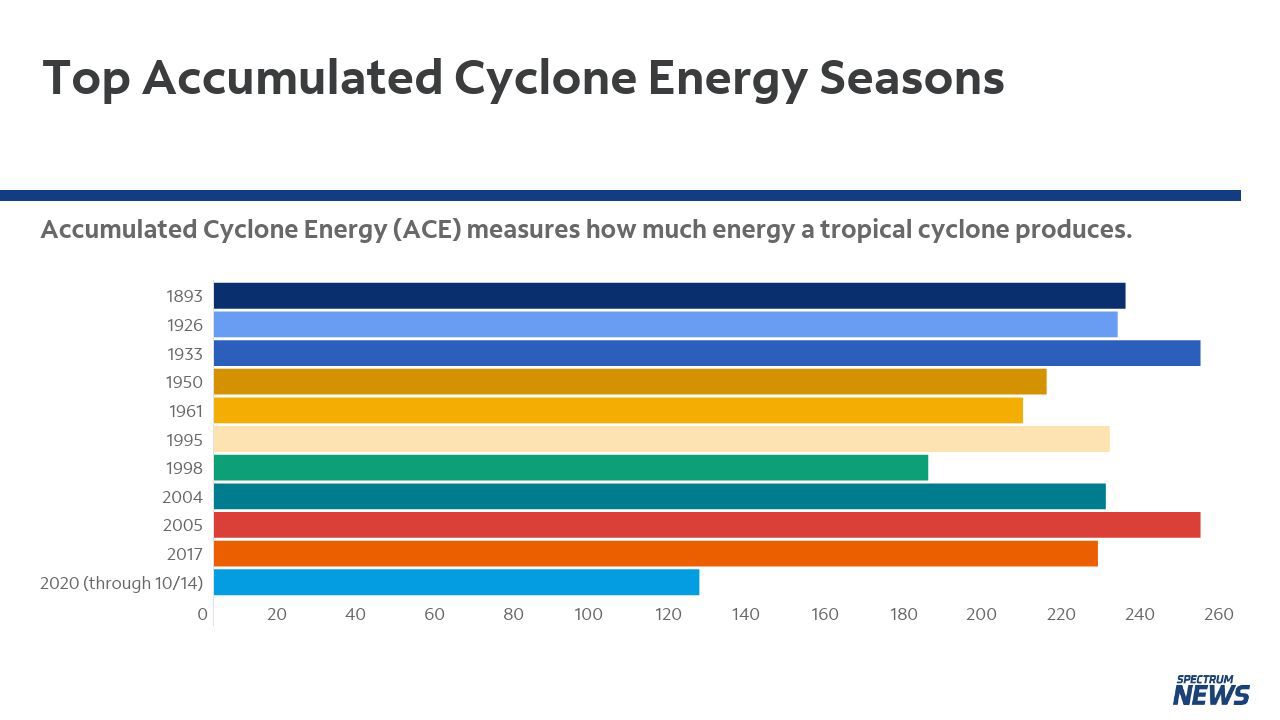 List of the top 10 hurricane seasons that produced the most accumulated cyclone energy (ACE) compared to 2020 so far.

The ACE for each storm is calculated based on the intensity with measurements taken each six hours from the advisory. Accumulated cyclone energy will build when the storms intensity increases and through the duration of the storms life cycle.

The longer a storm lasts and the stronger it becomes, it builds ACE. Conversely, weak, short-lived storms might have an ACE less than 1.0.

The hurricane that built the most ACE on record in the Atlantic is Hurricane Ivan, which lasted 23 days and had an ACE of 70 for just one storm.

A season with many weak and short-lived named storms like this year may have used many names but may not have much ACE.  A season with few named storms but a long-lasting, intense hurricane would build more ACE.

Active years with many strong storms show up higher and establish themselves as hyper-active seasons.

Of course, we know the ACE doesn't matter if you're struck by a hurricane, even in a lower or normal season.

I'm sure the people of Southwest Louisiana think they've had a hyper-active year with two hurricanes (one major) and horrible suffering and damage. The second of the two, Hurricane Delta, added 15 ACE points last week.

Here is a look back at the last 20 years: 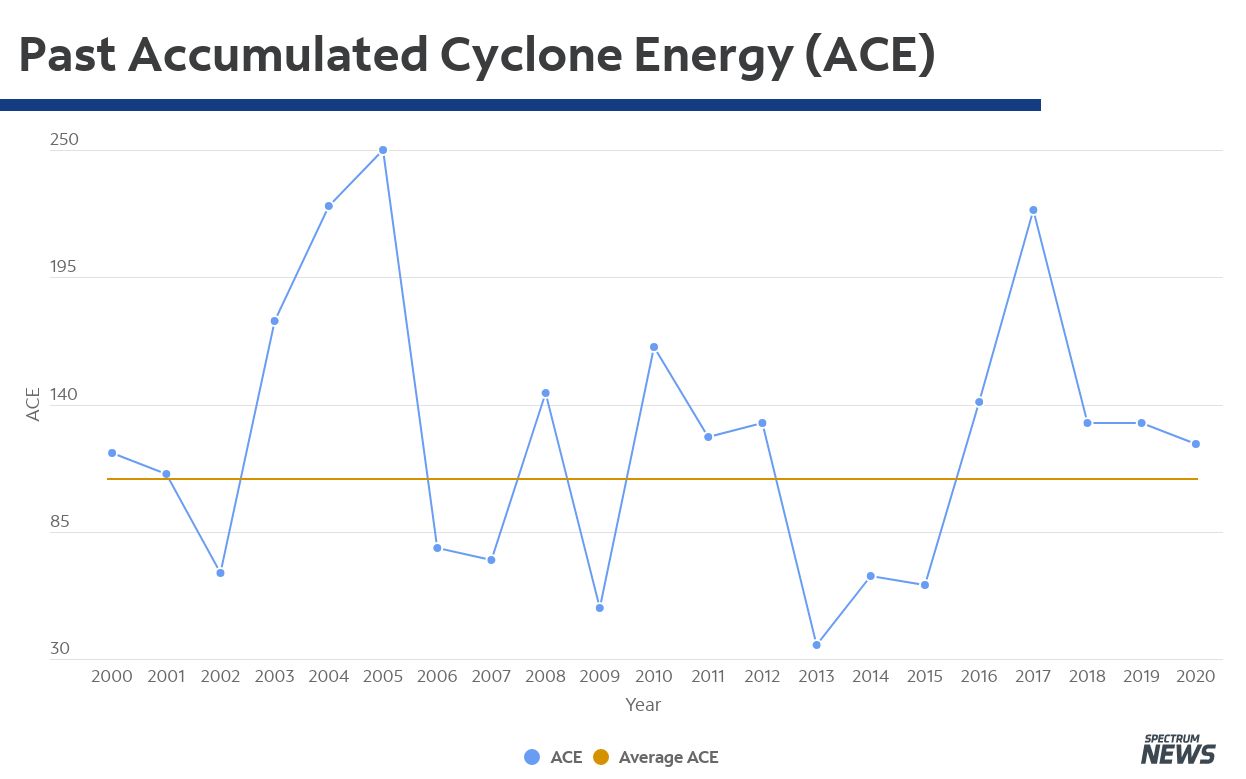 While 2020 produced the most named-storms since 2005, the accumulated cyclone energy (ACE) is not as high as previous years, so far.