Imagine if this happened today.

That's the most common comment when people look back at Hurricane King, which struck Miami as a Category 4 in late October 1950.

First of all, 1950 had already been a rough hurricane season in Florida. It was the first year hurricanes were given names, and the list came from the military’s phonetic alphabet. So Hurricane Able was the first named storm ever and it stayed offshore in August.

Then Hurricane Baker hit the Alabama coast in late August, causing heavy rain in the Florida Panhandle. In late September, Hurricane Easy brushed the coast of Pinellas County and then did two loops along the Nature Coast, producing 45 inches of rain in Yankeetown, FL.

Hurricane King didn’t come along until late October, but it had roots in the same location that spawns many October hurricanes – the Caribbean. It moved slowly through the sea's warm waters, first hitting Cuba as a Category 1. King hitting Miami was not a surprise, though, as a hurricane warning was issued 18 hours before landfall. 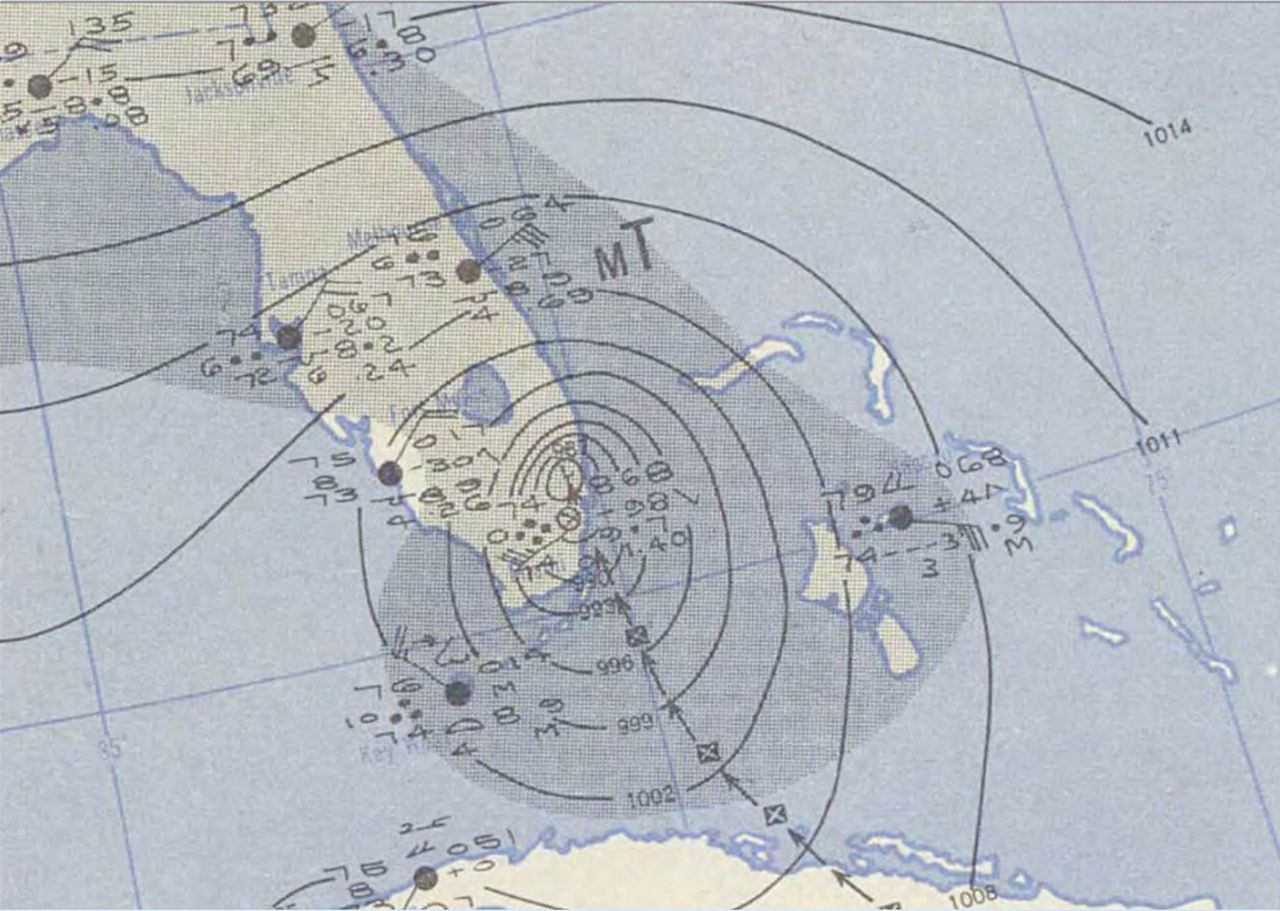 However, the storm's small size and intensity shocked everyone. The eye had shrunk to only five miles wide at landfall, a sign of rapid intensification.

Many credited the early warning for the amazingly few deaths in Florida, considering the damage and intensity. But, Miami was about to be hit by their strongest hurricane since 1926, and in the middle of the night no less.

Hurricanes that have small eyes and are rapidly intensifying at landfall have the ability to do extensive wind damage. Later examples to hit our state would be Hurricane Andrew in 1992 and Hurricane Charley in 2004.

In Charley, damage was confined to about a 10-14 mile swath. But there was limited knowledge of these intense mini-hurricanes in 1950. There was no radar or even weather satellites at the time.

The hurricane was so small it “missed” the weather observing stations, so weather bureau personnel had no idea of the intensity of the approaching hurricane. The damage path was so narrow that at first many thought it was damage from a tornado.

Then, meteorologists realized the damage was in a path only about five miles wide, and it had come from the eyewall of King. 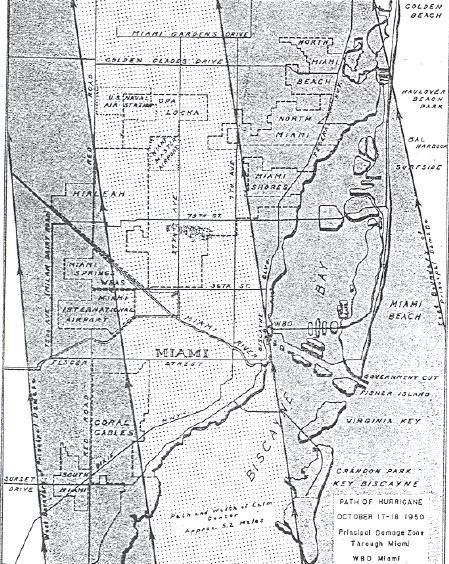 Hurricanes this intense will hit our state again. With the population density of the Miami metro area, it is truly chilling to visualize the destruction and suffering a hurricane like King would cause today.