A downed tree blocks a street on Thursday, Oct. 29, 2020, in Decatur, Ga., a suburb of Atlanta. Trees in several areas in and around Atlanta lay broken or resting on sagging power and communication lines, some of which snapped telephone poles. Handwritten warning signs were taped to upside down garbage cans in the middle of one street, while police were out stringing up yellow caution tape on others. (AP Photo/Ron Harris)

Zeta Leaves a Trail of Flooding and Destruction

After strengthening into a high-end Category 2 storm on Wednesday, Zeta made landfall along the Gulf Coast on Wednesday afternoon. It quickly raced across the eastern U.S., bringing strong winds and heavy rain to a good portion of the country.

More than two million customers were left without power across the Southeast on Thursday, including around half a million in both Louisiana and Georgia. Those numbers continue to decrease.

Officials confirmed one fatality in New Orleans from the storm after a 55-year-old man was electrocuted by downed power lines. On Wednesday evening, New Orleans took the brunt of the hurricane, with Zeta's eyewall directly striking the city. Strong winds and damaging storm surge hit other portions of the central Gulf Coast, as well.

While the eye of the storm made landfall in southeastern Louisiana, Zeta's effects spread well beyond that area. Heavy rain and damaging wind hit Mississippi, Alabama, Georgia, and the Carolinas. 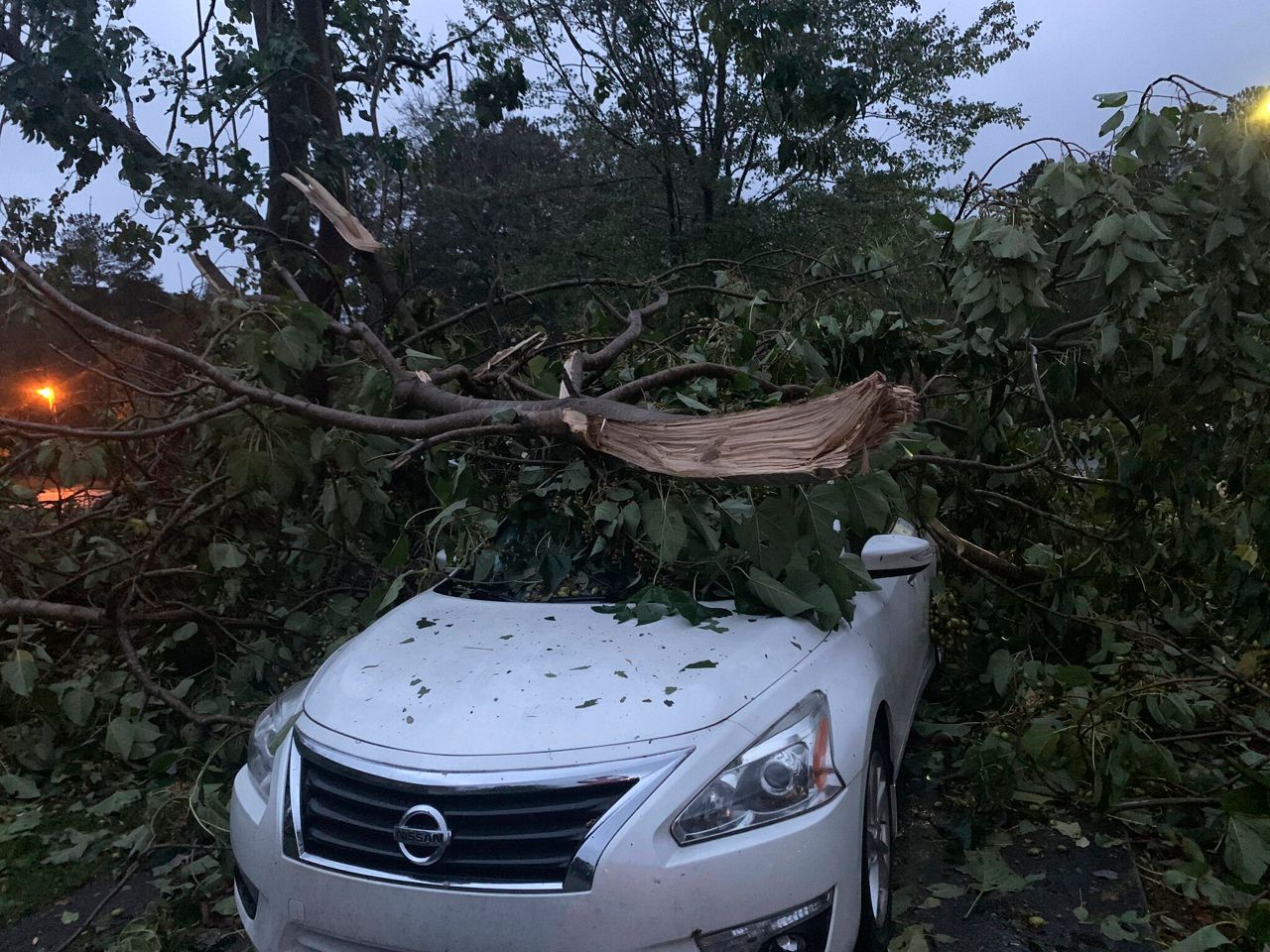 A toppled tree lays on top of a car in Talladega, Ala., on Thursday, Oct. 29, 2020, as Tropical Storm Zeta sped across the Southeast. (Cameron Keith/AP)

Zeta raced northeast at nearly 50 mph, which is quite fast for a tropical system in this region. It moved off the East Coast overnight, but not before bringing wind damage to much of the area.

The system initially formed as a tropical depression on Saturday near Cuba. Zeta made its landfall about 75 miles southwest of Cancún early Tuesday morning.

Cozumel reported hurricane-force wind gusts. This is the 27th named storm and 11th hurricane of the 2020 Atlantic hurricane season. 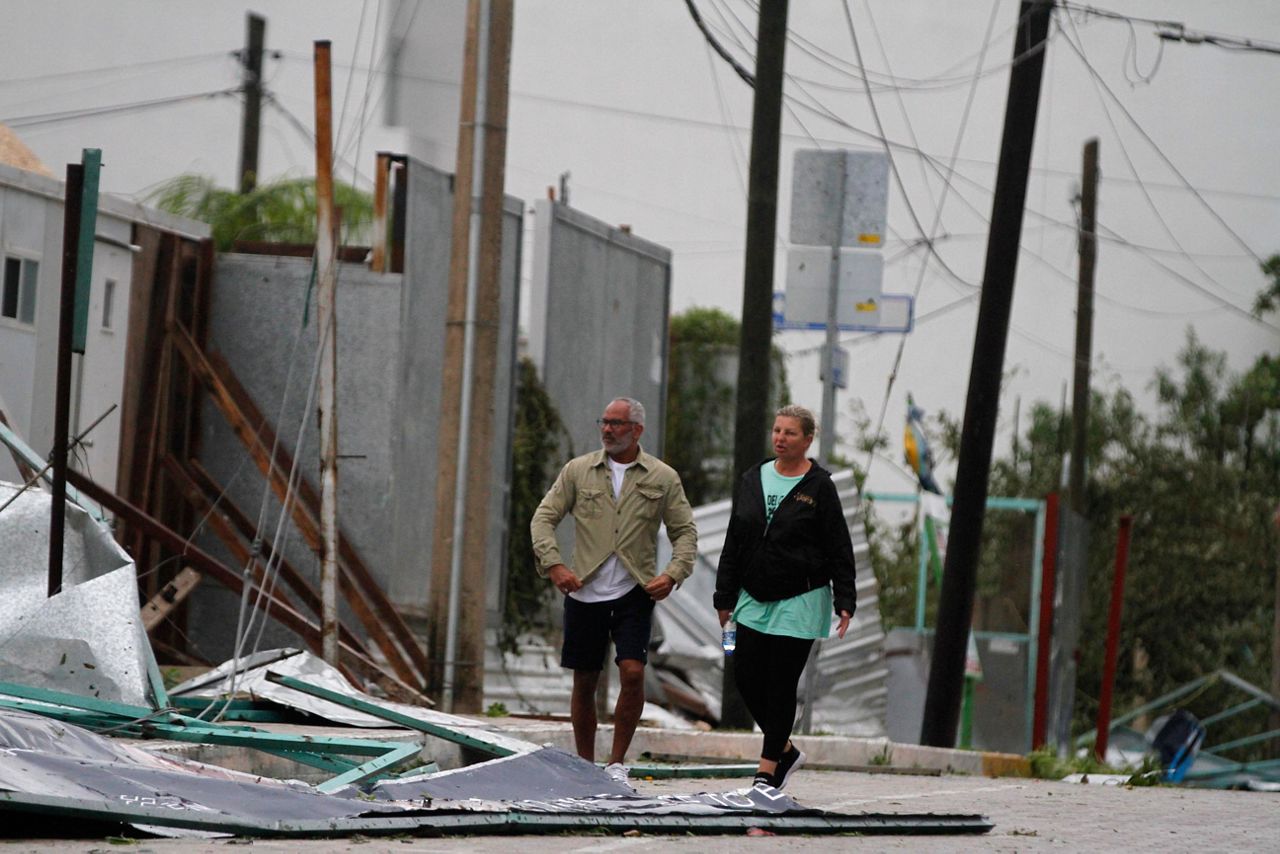 #Zeta is the 6th Atlantic #hurricane to make landfall in the continental US so far this year. 2020 has now tied 1886 and 1985 for the most continental US hurricane landfalls in a single hurricane season on record. pic.twitter.com/g9fPeAJqyP

For Louisiana, Wednesday's landfall marked the fifth storm to make landfall on the state (and the third hurricane) so far this season, also a new record.

Zeta was the strongest storm to make landfall this late in the season since 1899.

That's far from all, though. You name the record, and there's a decent chance that the 2020 Atlantic tropical season's broken it.

From the earliest named storms on record to a record-breaking 11 U.S. landfalls already this season, 2020 is producing a laundry list of records - and we've still got about six weeks to go in the official season. We've now crossed Alpha, Beta, Gamma, Delta, and Epsilon off the list, all the earliest times on record for those names in the Greek alphabet.

It's only the second time we've dipped into the Greek alphabet to name storms. That last time was in 2005 where we made it to Zeta, the sixth name on the list.