This State Is Taking the Brunt of the 2020 Hurricane Season

While the United States collectively is more than ready for the seemingly nonstop 2020 Atlantic hurricane season to finish, one state, in particular, is feeling the wrath of the hyperactive tropics this year.

After 27 named storms, 11 hurricanes, and four major hurricanes, we're all ready for the record-smashing 2020 Atlantic hurricane to finish.

Those feelings are especially prevalent in hard-hit Louisiana, where five tropical systems, including three hurricanes and one major hurricane, made landfall this season. #Zeta is the record-setting 5th named storm (NS) to make landfall in Louisiana in 2020, eclipsing the old record of 4 Louisiana landfalling NS set in 2002.

While the five named storms led to varying degrees of impact, one thing is for sure: No one in Louisiana is going to forget the 2020 hurricane season anytime soon.

The first question that might pop into your head about the onslaught of hurricanes in The Pelican State: Why are they all seemingly targeting the same location this year?

Throughout the 2020 hurricane season, the Gulf of Mexico consistently trended warmer than usual. It also featured less wind shear than usual as well (perhaps in part due to La Niña conditions), meaning storms that could be torn apart by changing wind speeds and directions instead grew in their absence.

"The Gulf of Mexico has certainly been very conducive (for tropical development this season)," said Dr. Klotzbach. "There's normally a lot of shear and dry air in late October, and these storms don't normally do anything. So to have (Hurricane Zeta) come up barely shy of a major hurricane (in late October) is very impressive."

Home to nearly 400 miles of Gulf of Mexico coastline, Louisiana's location makes it especially vulnerable to an active season in the Gulf. In other words, if the Gulf of Mexico is extra active, Louisiana could see extra tropical action as well.

But when it comes to exact tropical system trajectories, especially those over the course of a long hurricane season, it often boils down to simple luck. Both Delta and Laura, for example, made landfall just a few miles east of the Texas border.

There's no one explanation for why storms seemed to target Louisiana in 2020, but it appears an active Gulf of Mexico combined with short-term weather patterns makes the most logical sense.

While five storms hit Louisiana in a single season, in terms of fatalities and estimated financial costs, 2020 won't rival the horrific 2005 season, despite the record-setting number of storms.

First and foremost, all three hurricanes made landfall while moving at a high speed, limiting the flood threat and the longevity of strong winds and storm surge.

At landfall on Wednesday, for example, Hurricane Zeta flew inland, moving at about 24 mph as it made landfall. Typically, tropical systems in the Gulf of Mexico move closer to about 10-12 mph. While the two weaker storms (Marco and Cristobal) moved at a slower rate of speed, the three strongest storms moved exceptionally quickly. When storms are moving that quickly, it helps prevent some of the more catastrophic freshwater flood impacts. And just in case you didn't know: Water is far-and-away the biggest killer in a tropical system.

You might remember Hurricane Sally, which slowly meandered in the northern Gulf of Mexico for several days, leading to over two feet of rain for parts of the Florida panhandle. In 2017, Hurricane Harvey unleashed 40 inches of rain on southwestern Louisiana, despite the fact that Harvey originally made landfall in Texas.

None of the 2020 storms came even close to matching Harvey's rain totals, or even those of the deadly August 2016 floods across southern parts of the state.

The other - very relative - bit of fortune: Most of the 2020 storms struck more rural parts of Louisiana, and, with the exception of Hurricane Zeta, the storms generally avoided the New Orleans metropolitan area.

That said, southwestern Louisiana and, specifically, Lake Charles saw two direct hurricane landfalls. That included Category 4 Hurricane Laura, the strongest storm to make landfall in the state of Louisiana in over 100 years. 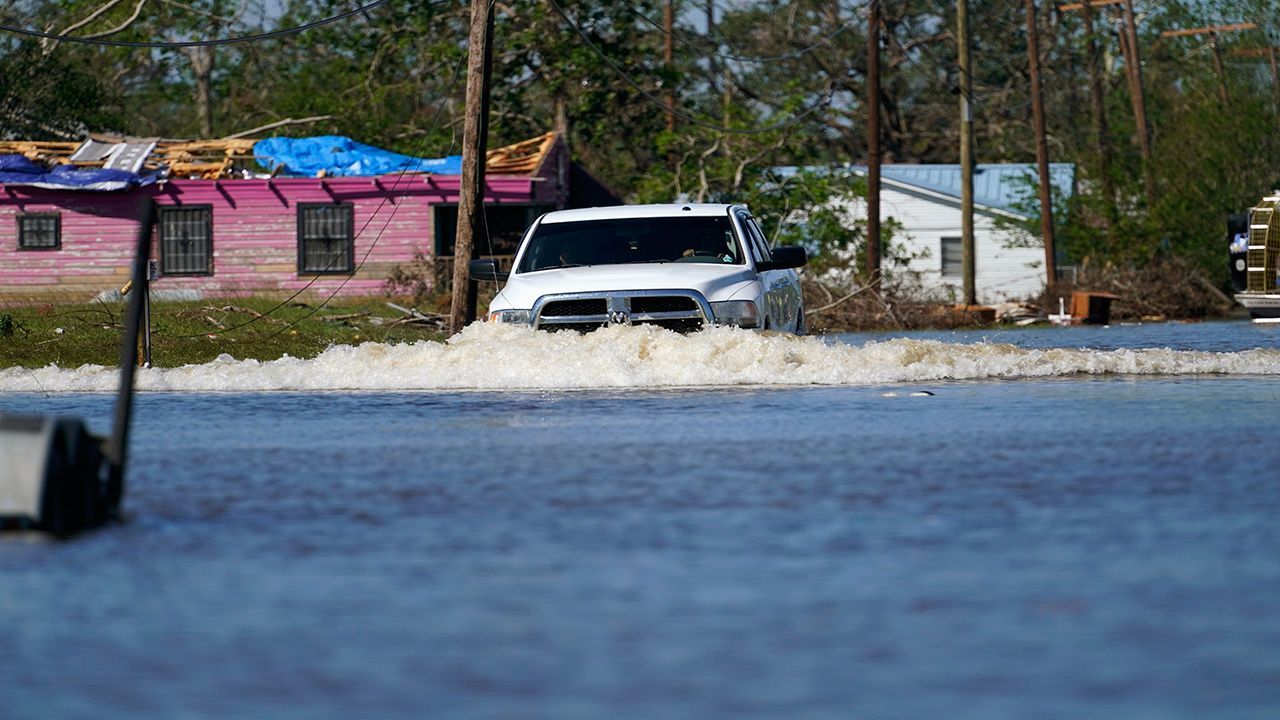 The cleanup and devastation in southwestern Louisiana will, undoubtedly and unfortunately, take years to recover from. But if Laura had, for example, moved over Houston or New Orleans instead, the life and financial costs from the storms would've been far higher.

"To me, the huge thing with this season is location, location, location," Dr. Klotzbach said. "If you look at where Delta and Laura made landfall, you are talking about less populated areas. It's all about where these storms make landfall. In terms of financial damage, these storms weren't cataclysmic from that perspective, but it is to the people that it hit."

While Zeta made landfall south of New Orleans, it moved so quickly that the city experienced hurricane conditions for a relatively short period.

But even with those relative tidbits of good news in mind, there's no doubt Louisiana is especially ready for the 2020 hurricane season to end.

Dr. Klotzbach summed it up best. "The hurricane fatigue in Louisiana has to be through the roof."