Eta Exits Florida but Leaves Flooding in Its Wake

Eta was a long-lasting cyclone that brought many impacts to Central America, Cuba, and the southeast.

Eta will continue to move out to sea.

The southeast coast will still deal with large surf and rip currents throughout today. After leaving the Caribbean, Eta made its first Florida landfall in Lower Matecumbe Key, Florida around 11 p.m. ET Sunday night, November 8. It brought heavy rainfall and flooding, lasting days after it moved away from the Keys.

Eta then turned into the southeastern Gulf of Mexico and stalled. The Miami metro experienced flooding on Sunday, where widespread rainfall of 6 to 12 inches fell, with locally higher amounts. 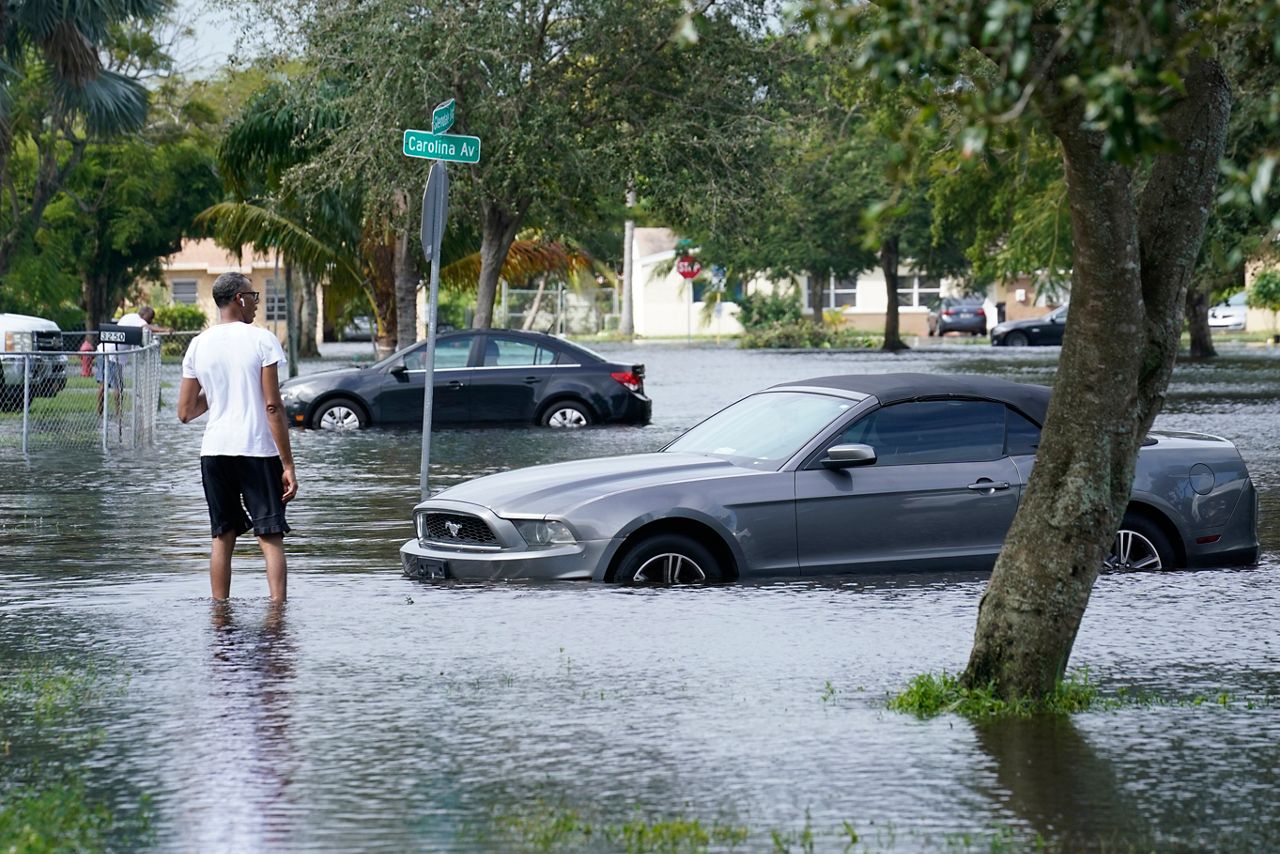 Eta then moved north through the Gulf of Mexico where it strenghtened to a Categoy 1 hurricane. It weakened back to a tropical storm shortly after and made landfall near Cedar Key, FL on November 12 at 4:20 a.m.

Storm surge, wave action, and heavy rain led to areas of flooding across the west coast of Florida. The storm picked up pace and traveled across northern Florida through Thursday morning, spreading rainfall across the state. It moved off into the Atlantic by the end of the afternoon.

The moisture from Eta even affected areas across North Carolina, bring 3-6 inches of rainfall for many cities. This led to flash flooding and water rescues.

After moving slowing across Central America, Eta reemerged into the Caribbean Sea where it gained tropical storm strength. It then made its way east where it made a second landfall in Cuba early Sunday, November 8.

Eta dropped heavy rain and produced flooding across the country. Rivers overflowed, and many coastal areas were also flooded.

Around 25,000 peope had to evacuate their homes.

Fortunately, Eta moved out quickly and moved towards the U.S.

Eta rapidly intensified and became the season's fifth major hurricane on Monday, November 2. It tied with Hurricane Laura as the strongest storm so far this season.

Eta made landfall as a powerful Category 4 hurricane in Nicaragua on Tuesday, November 3. It brought powerful winds and torrential rainfall.

Up to two feet of rainfall led to flooding for many cities in Central America. 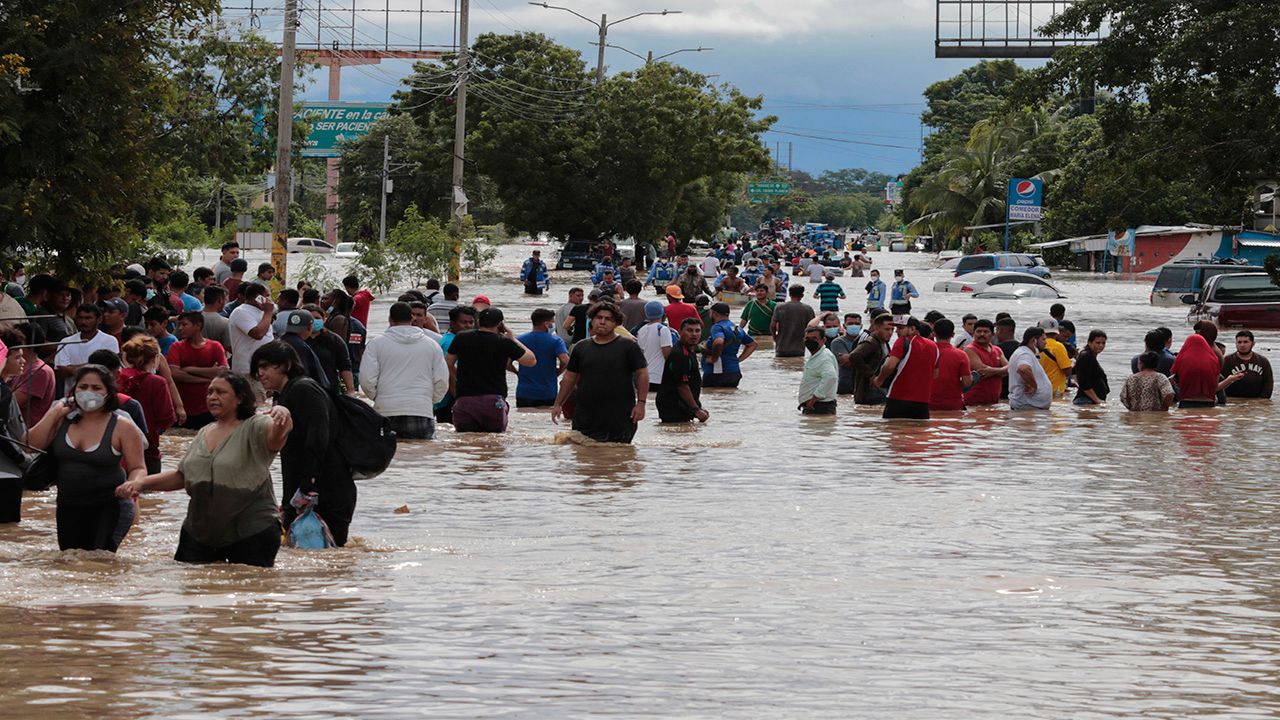 Homes were inundated with water and many people were left homeless. Landslides buried many homes. The storm is responsible for at least 120 deaths in Central America, many from landslides. 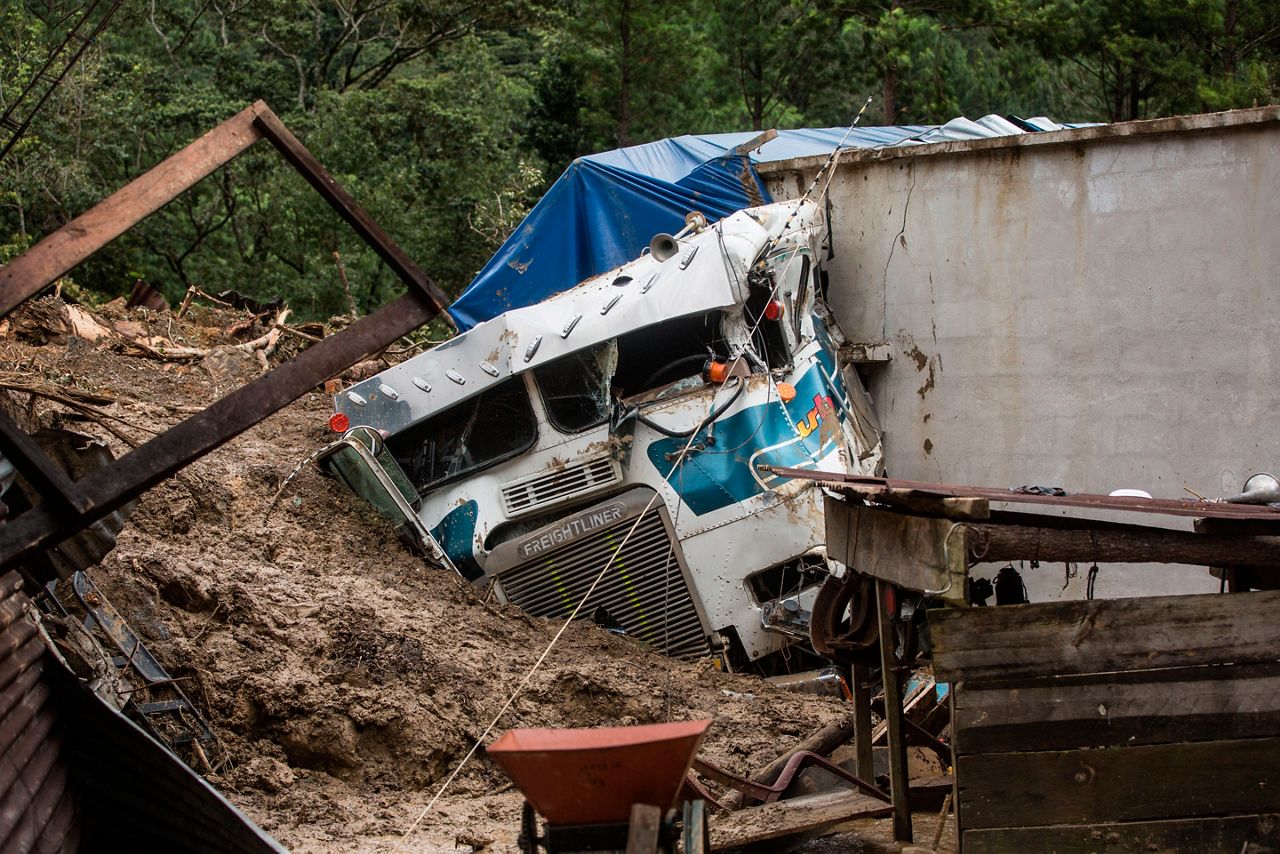 A semi is partially buried in a massive, rain-fueled landslide in Guatemala, on November 7. (Esteban Biba/AP)

Record Broken or Tied? It's Sort of Confusing

Bear with us for the slightly confusing explanation.

This is the first-ever Tropical Storm Eta on record, and the 28th named storm in the Atlantic so far this wild season. It also marks only the second time ever that the Atlantic season is using Greek names.

So because this is the first Eta on record, that means that this is now the season with the most storms on record, right?

In the record-breaking 2005 season, 27 different storms received a name, one shy of 2020 with Eta now in place. But after the 2005 season finished, the National Hurricane Center added a storm in the eastern Atlantic Ocean in its postseason analysis.

While that re-analyzed storm never received a name, it means that the 2005 hurricane season officially featured 28 different storms.

So while this is the first Eta on record, the 2020 Atlantic season became tied with 2020 for the most named storms on record. Since the formation of Tropical Storm Theta, the record is now broken.

But that's just the start of the records that 2020's smashed.

Tropical Storm Eta was the 12th named storm to make landfall in the United States this season when it crossed the Florida Keys Sunday night. Here's a look at the other 11 U.S. landfalls.

From the earliest named storms on record to a record-breaking 12 landfalls, 2020 is producing a laundry list of records - and we still have a few weeks to go in the official season. We've now crossed Alpha, Beta, Gamma, Delta, Epsilon, and Zeta off the list, all the earliest times on record for those names in the Greek alphabet.

It's only the second time we've dipped into the Greek alphabet to name storms. That last time was in 2005 where we made it to Zeta, the sixth name on the list.

The National Hurricane Center is monitoring two other disturbances. Tropical Storm Theta formed in the open Atlantic between Bermuda and the Azores on Monday.

Another is a tropical wave in the Caribbean. The next name on the Greek alphabet is Iota, and that looks likely to form this week.