A man watches the rising water of the Rio Bermejo in the wake of Hurricane Iota in San Pedro Sula, Honduras, Tuesday, Nov. 17, 2020. (Delmer Martinez/AP)

Hurricane Iota made landfall as a powerful Category 4 hurricane along the coast of Nicaragua late Monday evening.

While Iota has completely dissipated, heavy rainfall continues to fall across the Central American countries of Nicaragua, Honduras, Guatemala and El Salvador.

The Nicaraguan government said that at least 16 people died in that country due to the storm, the second powerful hurricane to make landfall on the Central American country this month.

After becoming the 13th hurricane of the Atlantic tropical season Sunday morning, Iota strengthened to the season's sixth major hurricane and the first Category 5.

It weakened slightly before making landfall along the Nicaraguan coast as a high-end Category 4 storm with sustained winds of 155 mph.

Iota rapidly fell apart as it crossed Central America, but the storm's heavy rainfall remains and continues to be a massive threat for the hard-hit region. 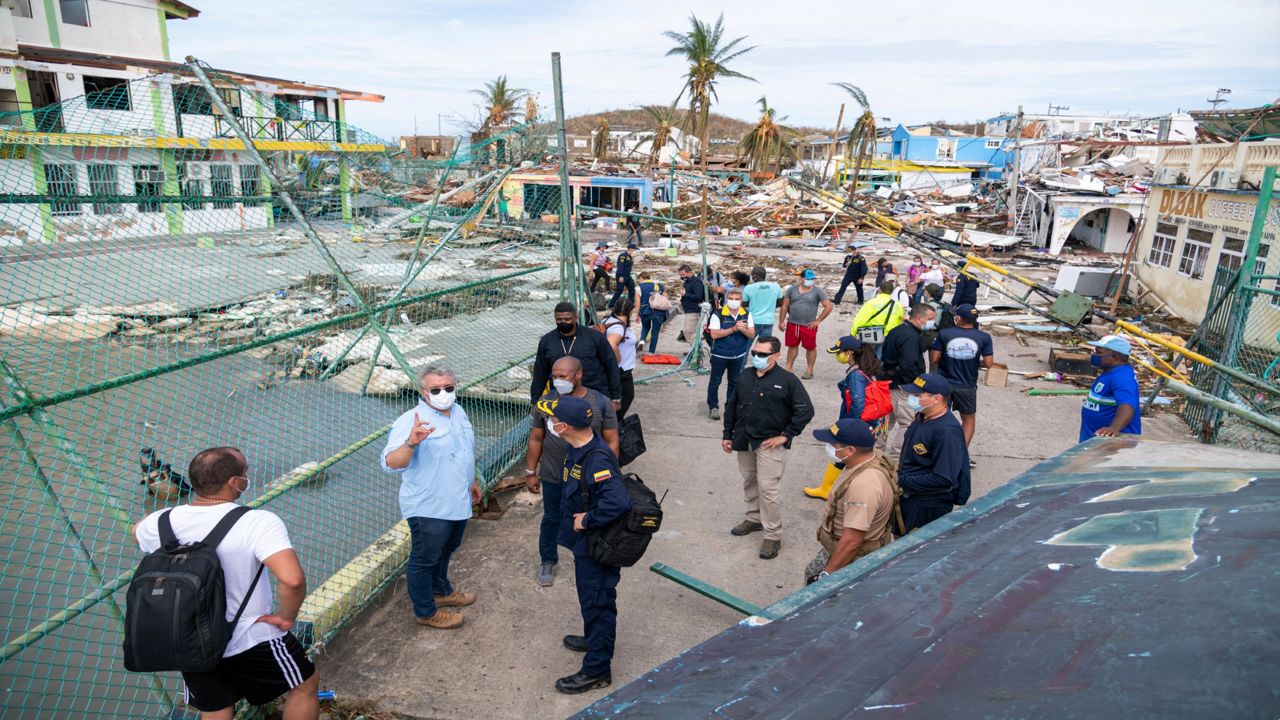 Heavy rain will continue to cause flooding and mudslides. Some areas could get more than a foot of rain.

This is the same area that Hurricane Eta hit just a few weeks ago. Eta led to heavy rain, mudslides and widespread flooding in the countries of Guatemala, Nicaragua and Honduras, killing at least 120 people.

Iota made landfall about 15 miles from Eta's landfall point just two weeks ago. Unfortunately, a similar scenario played out from this storm. Iota is the record-breaking 30th named storm to form in the Atlantic so far this season. Hurricane Iota went from a Category 2 storm Sunday evening to a Category 4 storm early Monday morning – a 40 mph jump in just six hours.

It then strengthened further, becoming a Category 5 storm. This easily beats the record for latest Category 5 in the Atlantic, which previously had been November 8, 1932.

Tropical Storm Eta was the 12th named storm to make landfall in the United States this season when it crossed the Florida Keys Sunday night, November 8. Here's a look at the other 11 U.S. landfalls.

From the earliest named storms on record to a record-breaking 12 landfalls, 2020 is producing a laundry list of records - and we still have a couple weeks to go in the official season. We've now crossed Alpha, Beta, Gamma, Delta, Epsilon, Zeta, Eta, and Theta off the list, all the earliest (or only) times on record for those names in the Greek alphabet.

It's only the second time we've dipped into the Greek alphabet to name storms. That last time was in 2005 when we made it to Zeta, the sixth name on the list.

And now there's Iota, besting the date for the latest Category 5 storm on record in the Atlantic by a week.