When Hurricane Laura roared ashore in southwestern Louisiana in late August, it struck the Lake Charles National Weather Service (NWS) office on the south side of town.

At the time, meteorologists at the office were concerned about storm surge, which almost reached the office during Hurricane Rita in 2005.  So, the office was evacuated with responsibilities switched to offices in Brownsville, TX and Ruskin, FL.

Fortunately, they were spared the surge this time due to the orientation of Hurricane Laura's eye to the coast.

It turns out the office building itself had little damage, but nearby, the NWS Doppler radar was destroyed. 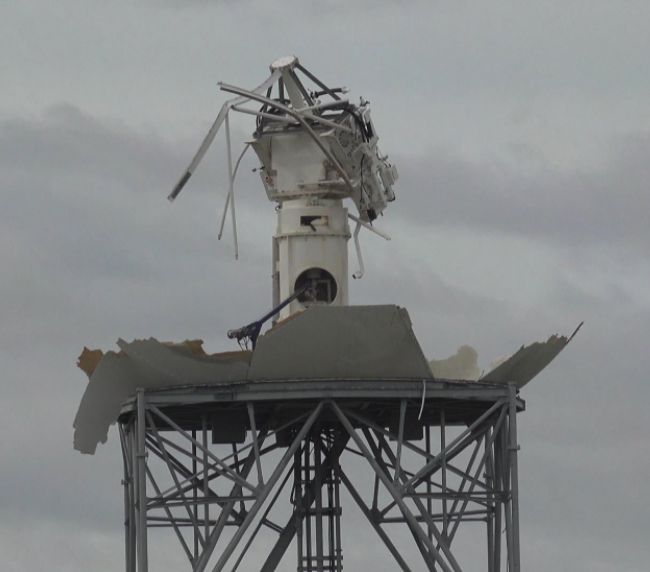 Winds gusted to 133 mph at the automated airport weather station nearby before the instrument failed.  The radar’s radome, which covers and protects the large rotating antenna inside, probably failed first, then the antenna was no match for the winds. 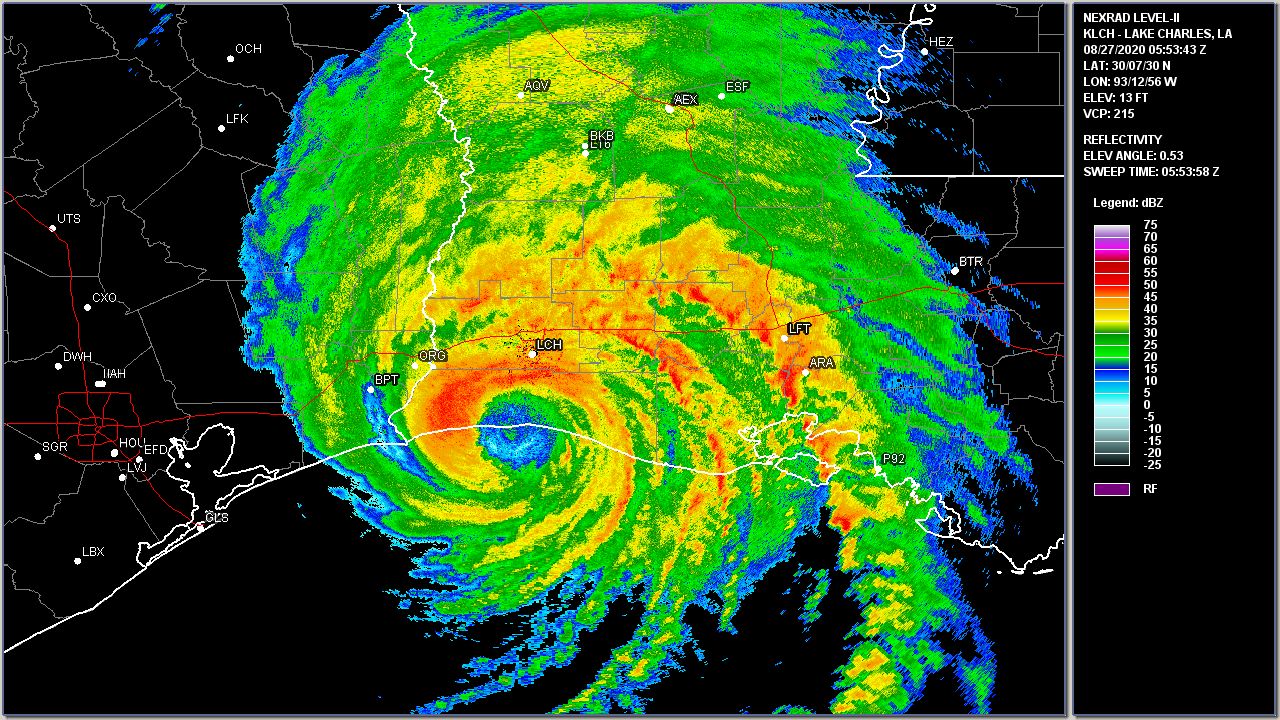 The last image from the radar as the eyewall of Laura approached. Courtesy: NWS Lake Charles

Since this radar is the only radar in all of southwestern Louisiana, there was a high priority put on the government to replace it quickly.  But, you just don’t go to the radar store and buy a new one.

Crews at the Radar Operations Center in Norman, Oklahoma began the project in September and hope to have the repaired radar back in service in March 2021. 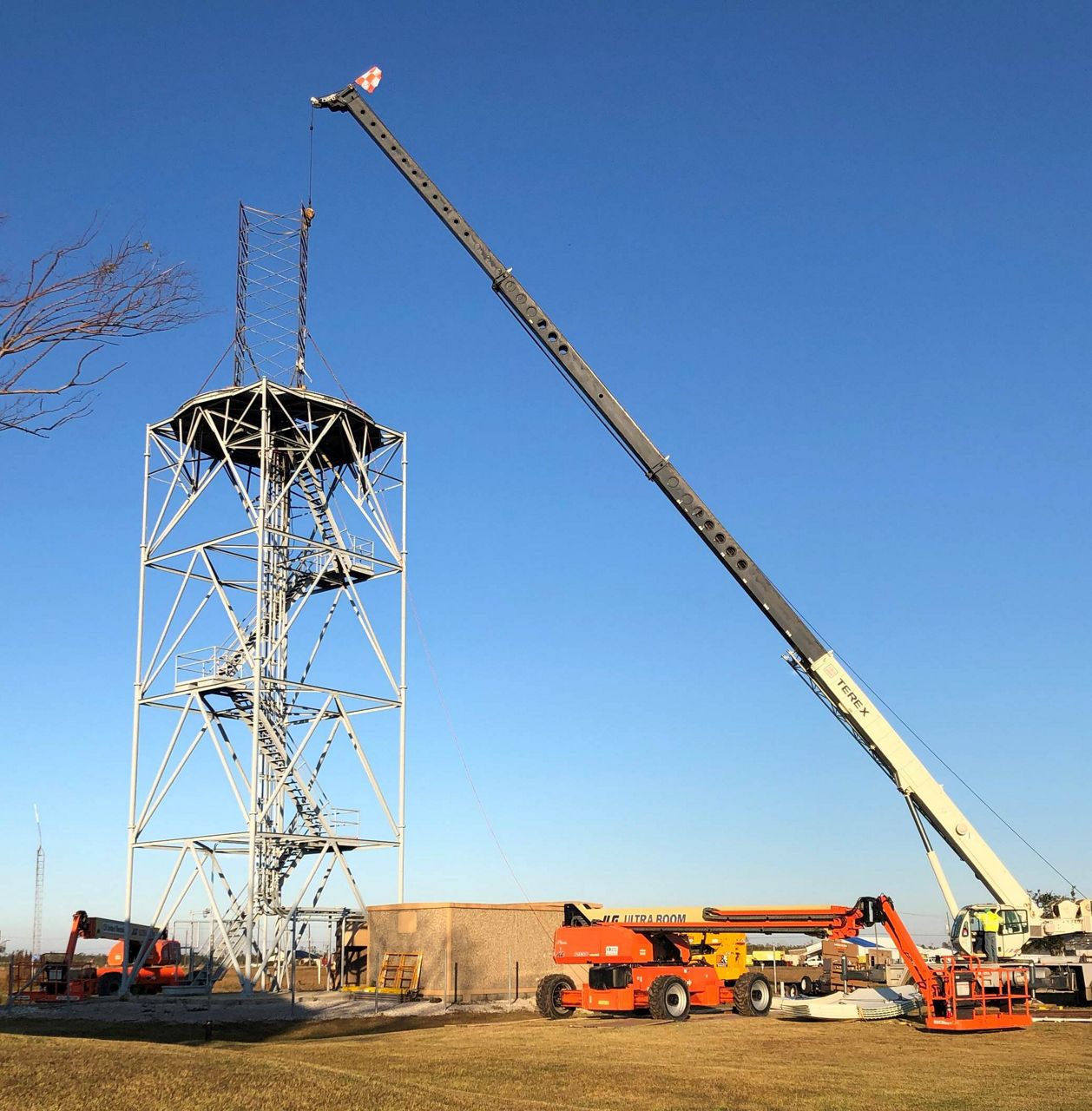 The first steps in rebuilding the dome and dish on December 6. Courtesy: NWS Lake Charles

The first big step has been taken as a new radome was just installed this week. This is the outer shell that protects the radar's antenna and electronics. 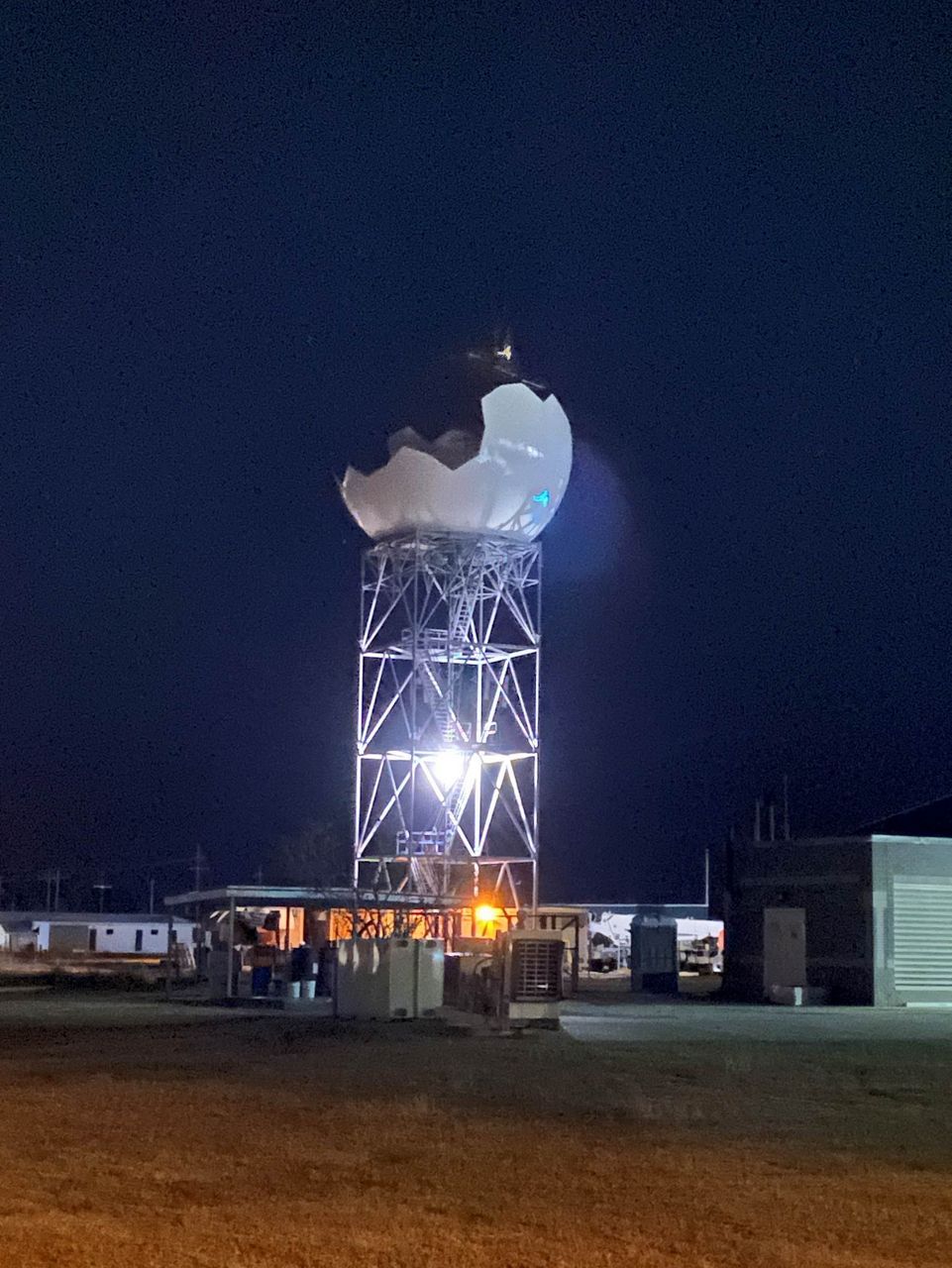 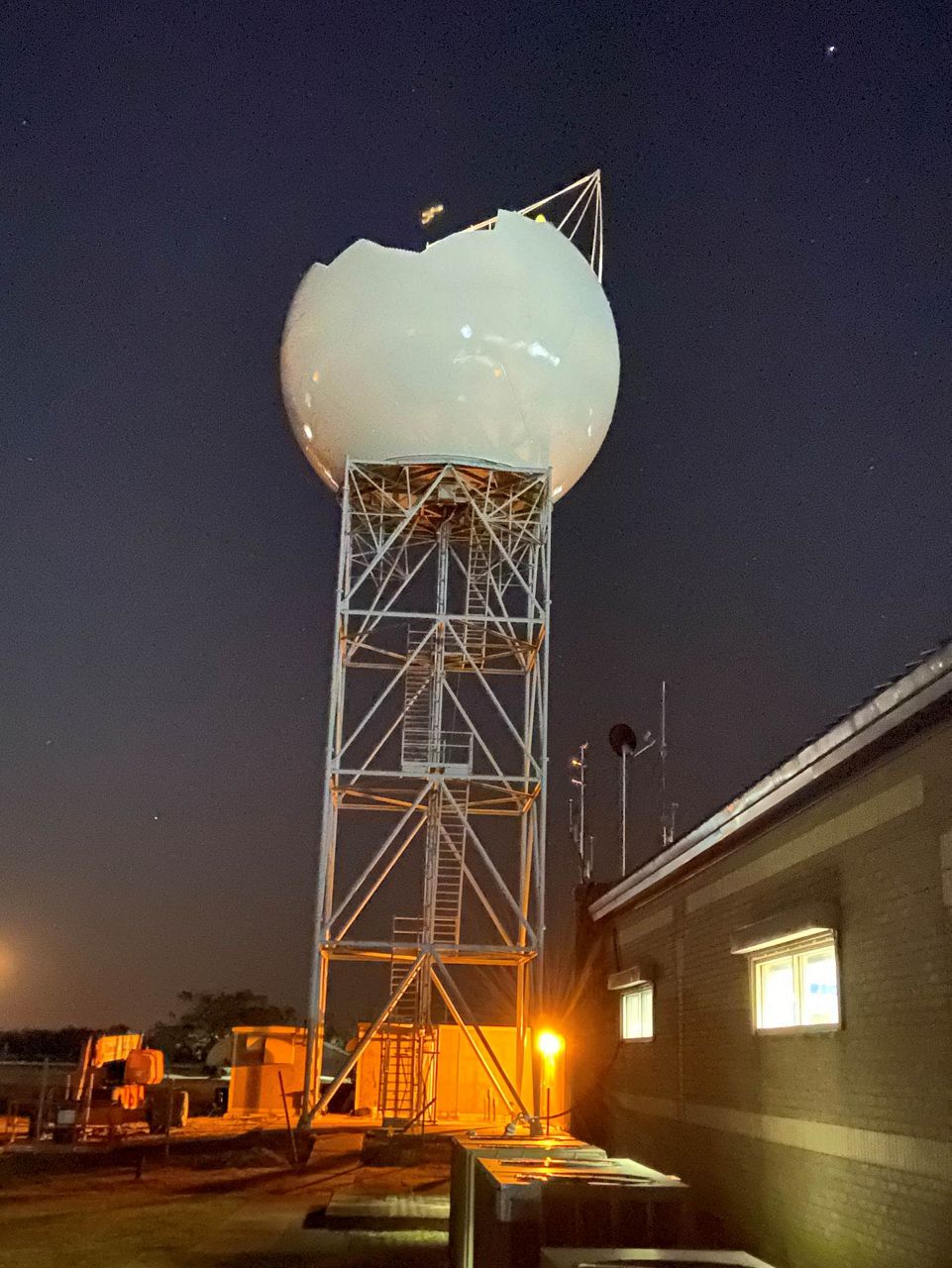 From here, the process of building a new dish antenna and installing a new pedestal will begin soon.  The electronics and calibration will take several months in 2021.

The price of these radar repairs will end up costing the U.S. taxpayers about one million dollars. 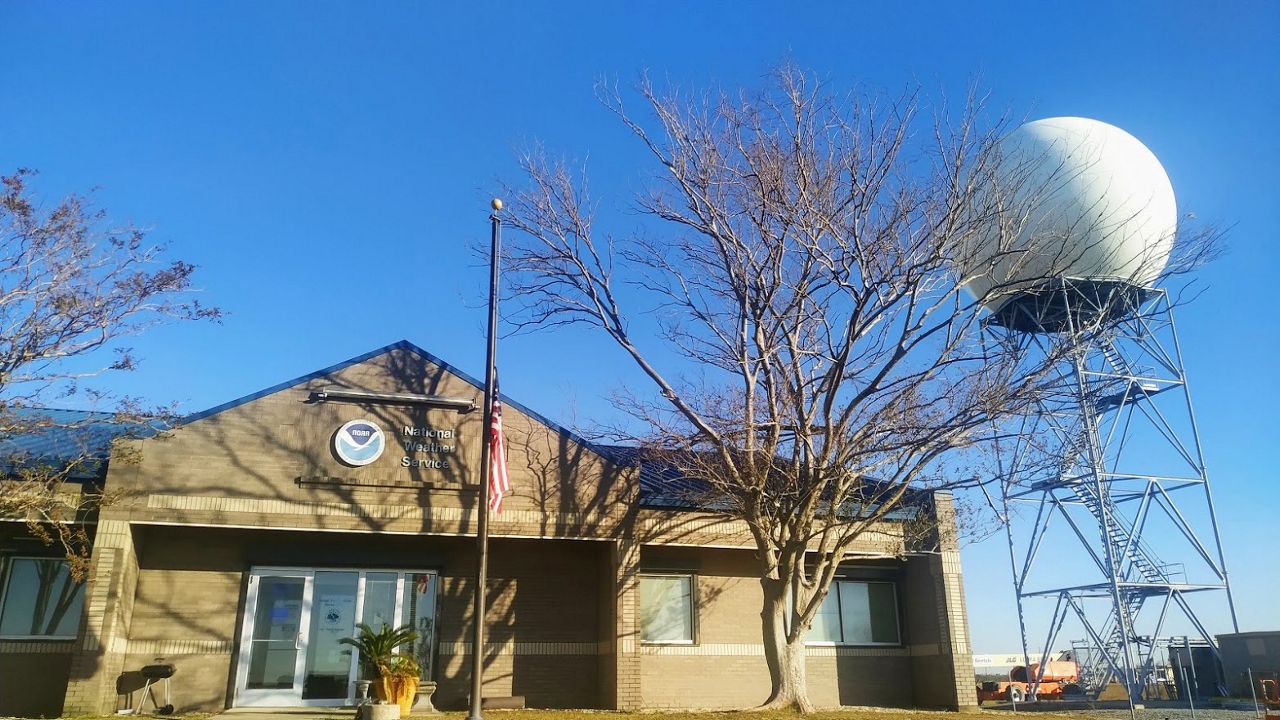