Damage from the Joplin, Missouri EF5 tornado in May 2011.

A look at the biggest and deadliest tornadoes: EF5s

The worst tornadoes are the rare and dreaded F5 and EF5. These tornadoes go down in history and the most deadly and damaging.

These violent tornadoes are exceeding rare but important to document. Once a tornado has been rated an EF5, a special team from the National Weather Service has to approve that declaration.

The official EF5 rating can’t happen without a considerable scientific review of the damage. Remember, the tornado rating scale is a damage scale. A tornado can only be rated if it hits something and the damage is calculated later.

They often come in bunches

Many of these top-end tornadoes have hit on historic days with tornado outbreaks. Most recently, there were four EF5 tornadoes in Mississippi and Alabama on April 27, 2011.

Northern Alabama was also included in the 1974 Super Outbreak. There were a remarkable seven F5 tornadoes on April 3-4, 1974, in Alabama, Ohio, Kentucky and Indiana.

The nighttime Guin, Alabama tornado traveled at 100 mph and was on the ground for 80 miles (24 killed). Earlier in the day, the famous Xenia, Ohio tornado was also an F5 in this outbreak (32 killed). 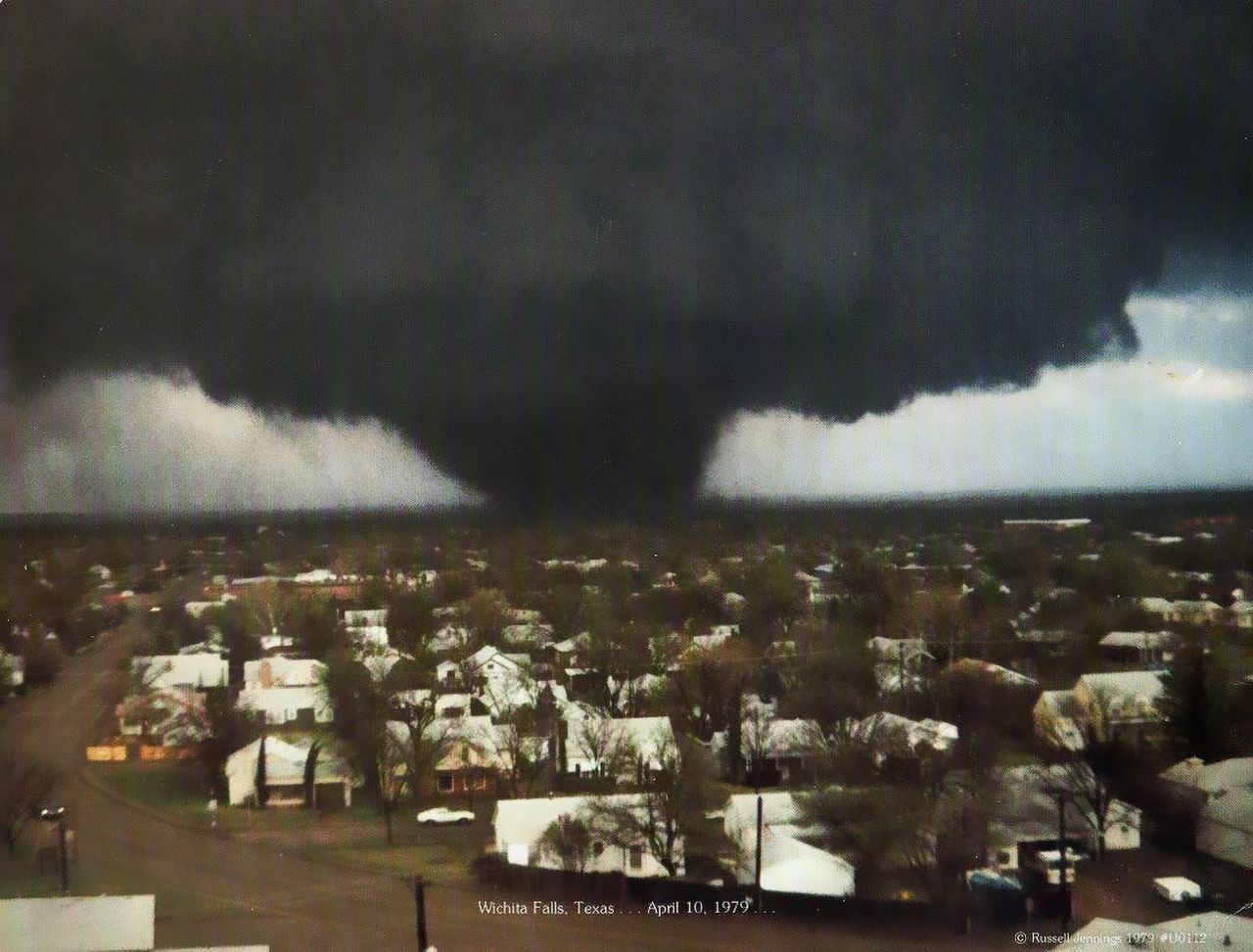 You might notice the list only goes back to 1950. That isn’t much of a period of record in weather terms. The U.S. Weather Bureau, as it was known at the time, didn’t even start counting and documenting tornadoes until 1950. There are also other oddities on the map. For example, Florida has never had a EF5/F5 tornado. The furthest west an F5 tornado was documented was in the Texas Panhandle in Lubbock, Texas, in 1970.

The furthest east F5 tornado was in Niles, Ohio in 1985. The southernmost was the monster and slow-moving Jarrell, Texas tornado in May 1997. The northernmost was in Fargo, ND in 1957.

Other oddities include two cities that were struck twice: Waco, Texas and Moore, Oklahoma. Waco, TX had F5 tornadoes in 1953 (killing 144) and in May 1973 (on the ground only 100 yards and causing no injuries or fatalities).

Moore, Oklahoma (a suburb of Oklahoma City) has also been hit twice and both twisters were devastating. Moore was hit in May 1999 (36 killed) and again in May 2013 (24 killed). 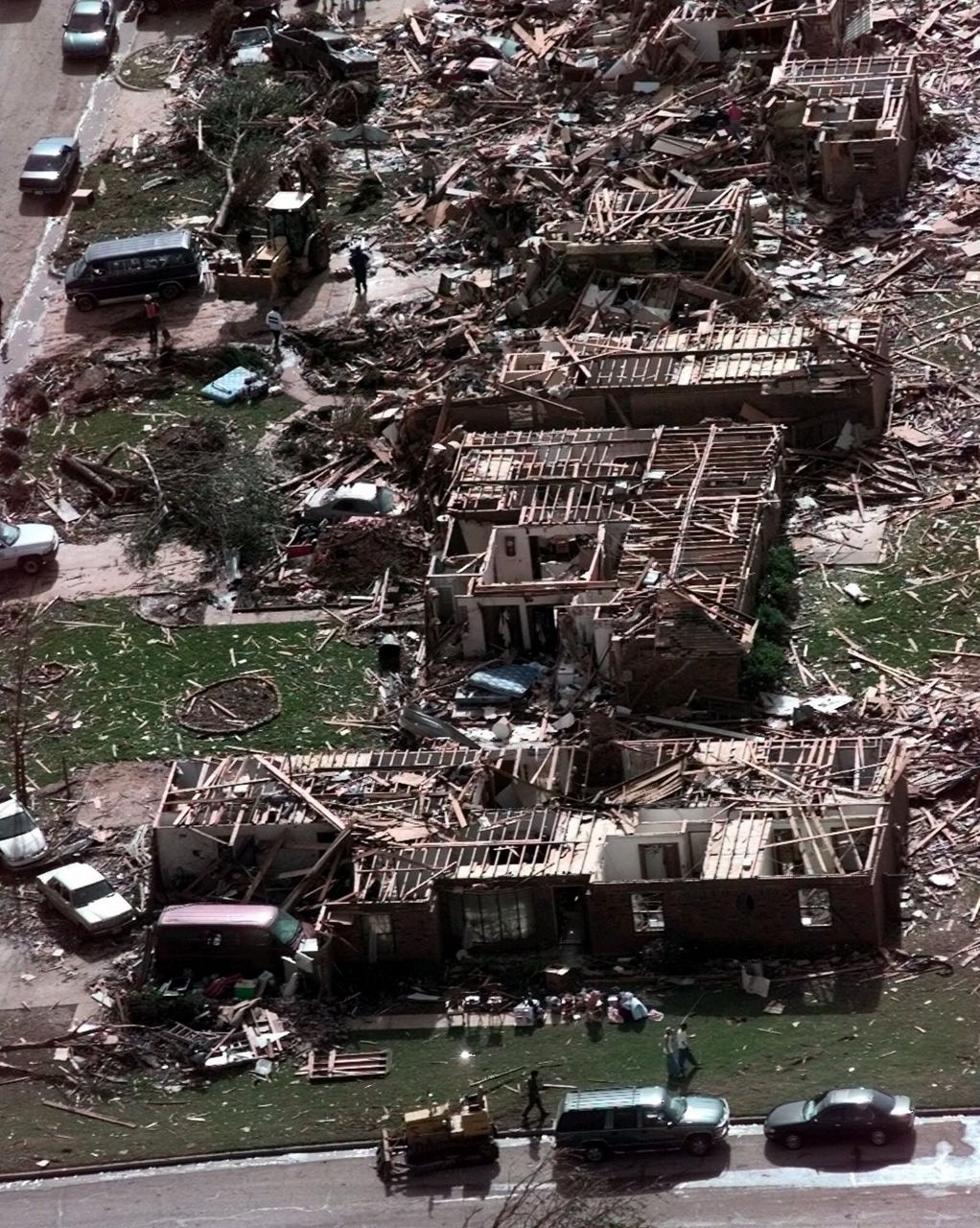 You can also clearly see the traditional Plains "Tornado Alley" from North Texas into Oklahoma and Kansas. Additionally, you can also see the so-called “Dixie Alley” in Mississippi and Alabama.

This is something we don’t want to jinx, but the U.S. has had a lack of these high-end tornadoes in recent years. Just like the long major hurricane U.S. landfall drought that went from 2005-2017, the lack of EF5 tornadoes will come to an end at some point.

The last EF5 tornado to hit the U.S. was in Moore, Oklahoma on May 20, 2013. There will be another one, but one good thing about these huge tornadoes is that they are easy to warn for, easy to see on Doppler radar and they usually come with a strong dynamic weather system that can be forecast days in advance.