Did Florida just lose its title as lightning capital of the U.S.?

Many think of Florida when the term lightning pops up in conversation. Florida has long been known as the lightning capital of the United States, but recent data suggests that's no longer the case.

Lightning strikes the Earth about 100 times a second! That comes out to nearly 3 billion strikes per year globally. 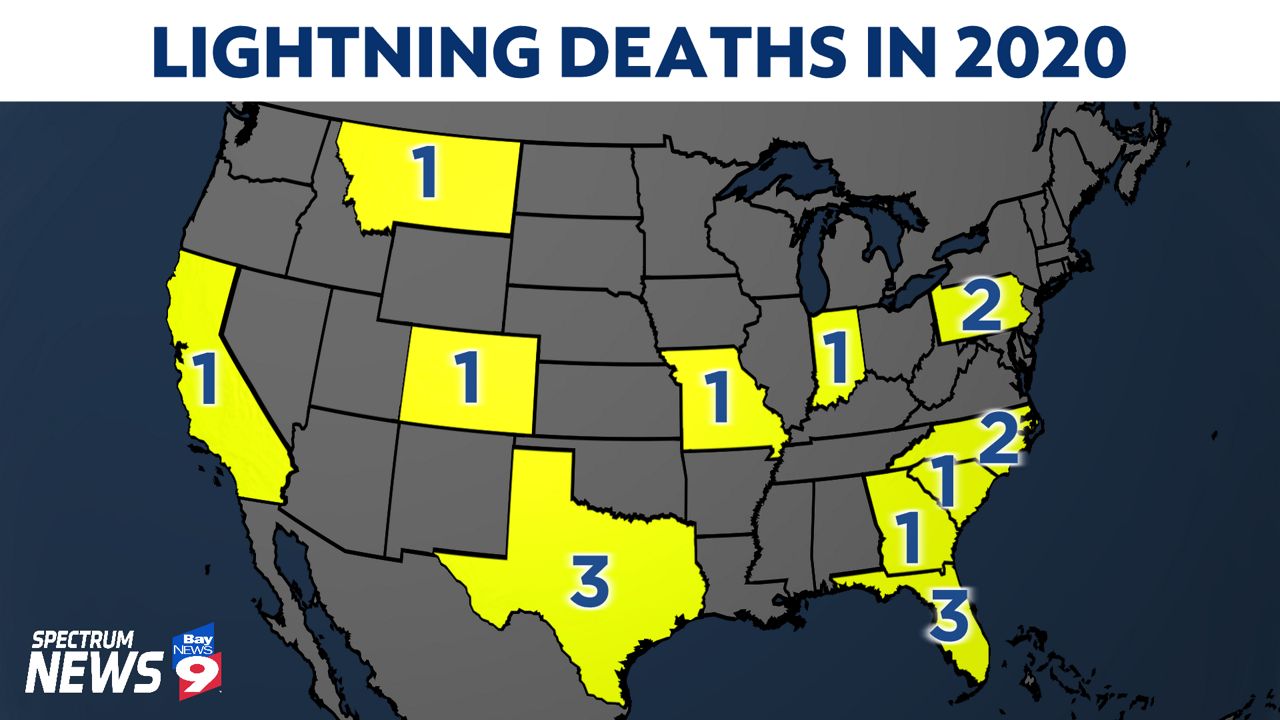 Over the last five years, Oklahoma and Florida have been neck and neck in lightning flashes per square mile each year. Chris Vagasky with Vaisala tweeted their findings that suggest Oklahoma wins the title of America's lightning capital.

BREAKING: Oklahoma has supplanted Florida as the #lightning capital of the United States, according to new data released today. Over the last 5 years, #OKwx has more total lightning per square kilometer than #FLwx. Find out more: https://t.co/K3WD25SR38 pic.twitter.com/ioQOxVlNJl

It is important to note that Vaisala owns and operates their own lightning detection network that detects cloud-to-cloud lightning along with cloud-to-ground lightning. For simplicity, we are using the term lightning flashes to include the total number of lightning events over each state.

You can't ignore that there is a margin of error for each value. Accounting for the margin of error, Florida could technically squeeze out Oklahoma as the lightning capital.

Either way, Seminole and Orange Counties in Florida outshine any other county in the United States for lightning. These two counties average nearly 160 flashes of lightning per square kilometer each year!

This means that ultimately, Orlando is the lightning capital of the United States.