Search and rescue personnel walk through floodwaters in the aftermath of Hurricane Rita, in Cameron, La. (AP Photo/David J. Phillip)

What might climate change mean for hurricanes in the future?

“It’s complicated” is probably the best way to describe the relationship between climate change and hurricanes. Researchers are confident about some trends but less certain about others.

Something to remember: Climate change doesn’t cause individual hurricanes. It does make some patterns more or less likely, though.

The 30-year averages for the number of tropical storms, hurricanes and major hurricanes changed in early 2021. The numbers for the Atlantic basin did increase from 1981-2010 to 1991-2020, but the reasons aren’t especially clear.

One theory has to do with air pollution. Several decades ago, pollution was so widespread that it blocked some of the sunlight that helps generate the big thunderstorms that can become tropical systems. As the air has gotten cleaner - good for many reasons - more sunlight has allowed warming in those areas, along with more thunderstorms that grow into tropical storms.

However, scientists don’t see a clear signal that the number of tropical storms and hurricanes in the Atlantic will continue going up because of global climate change.

Rapid intensification is a problem because a hurricane’s threats can multiply as it explosively strengthens in a short time. It’s hard to predict, which makes it even more dangerous. Across the globe, tropical systems are rapidly intensifying more often - especially in the Atlantic.

Overall, the peak strength of hurricanes has gone up, too. In the Atlantic, the odds of a hurricane hitting “major” status (Category 3 or higher) is double what it was in 1980.

Climate simulations show that hurricanes will continue to have higher odds of becoming major hurricanes in the future.

Globally, tropical systems have been slowing down near land more often. And in the Atlantic, they’ve also been outright stalling. According to Dr. James Kossin, a researcher with NOAA’s Center for Weather and Climate, the reasons aren’t clear, but the current thinking is that large-scale circulations may be slowing down because of a smaller temperature difference between the Arctic and tropics.

Whatever the reasons, slower hurricanes create big problems. First, the destructive conditions last longer. Second, they can dump huge amounts of rain - after all, they have literally an ocean of water underneath them to draw from.

A warmer atmosphere holds more moisture, and a slower hurricane drops rain over the same area for longer, which means the potential rainfall goes way up. 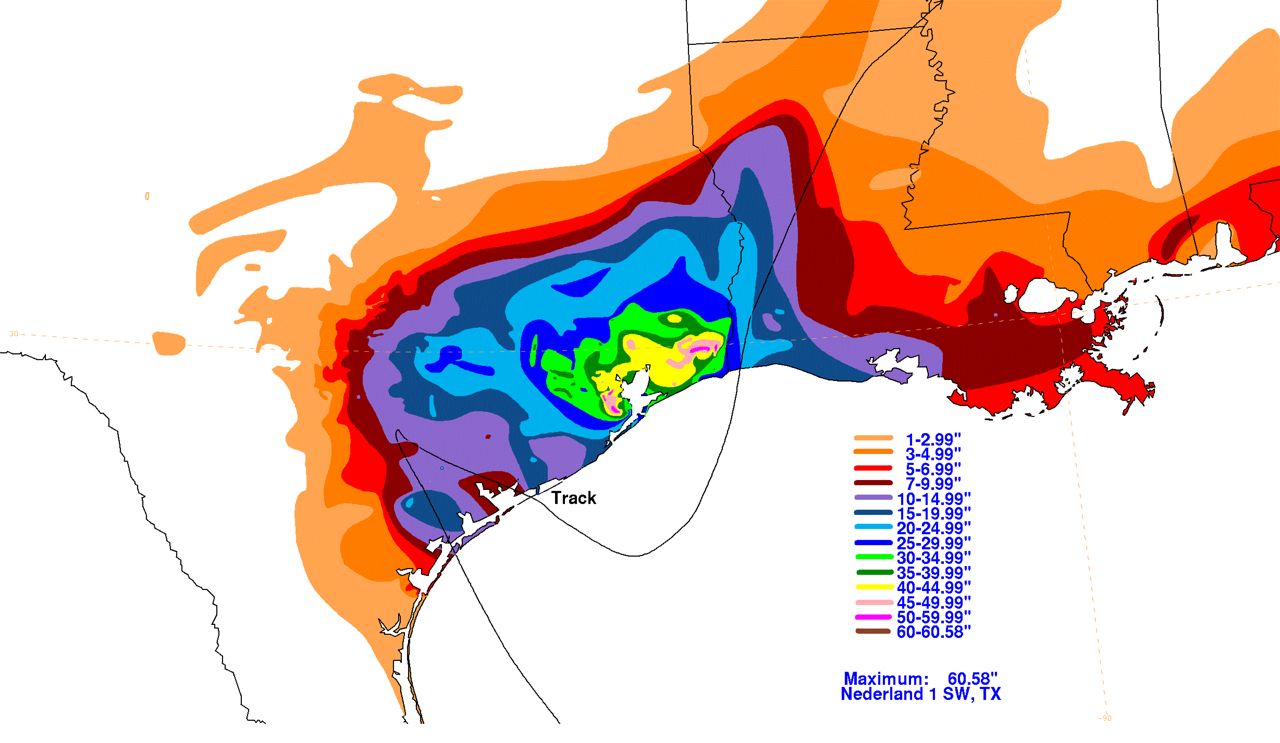 But there’s a catch

Scientists expect more hurricanes will have higher wind speeds and drop more rain when other conditions are favorable.

But does climate change make unfavorable conditions for tropical systems? It can.

Dr. Kossin says that wind shear - the changing winds with height - appears to increase with global warming. The same is thought to be true for dry, stable air.

“That vertical wind shear is certainly going to have a profound effect on genesis. Storms, when they’re forming, are very, very susceptible to wind shear," Dr. Kossin said. "A mature hurricane, especially a strong hurricane, less so. They tend to create their own protective environment around themselves.”

Regardless of how many, how strong or how slow, it takes only one hurricane hitting where you live to be life-changing. That alone is enough of a reason to be prepared. If the risks continue to go up as expected, being ready will become even more important than it already is.