Meteorologist Diane Kacmark set out on a journey to Iceland, where she visited an erupting volcano near the capital of Reykjavik.

In part two of her volcanic trip, Diane describes what it's like to visit this volcano up close.

At 8 a.m., June 14, we set out on the trail to the volcano. I chose Trail B because I heard that lava blocked Trail A. Trail B was a longer and more challenging hike, but we were not in a hurry.

After using the ropes-attached-to-posts, designed to help climb the steepest part, we were near the top of the mountain next to the volcano. We followed the cairns (pile of rocks) across the stark landscape of an old, chunky lava field that formed a few thousand years ago. It was filled in with moss.

Finally, we got close enough to see. Wow!

There was a steaming sea of blackish lava with spots of orange filling the expansive valley. The cone in the middle was bigger than I thought. I couldn't believe that none of this was here just two months ago!

Where the end of the trail met the edge of the lava field, you could hear through the wind what sounded like glass breaking.

Grayish-black crust covered the still-very-hot lava. There were cracks and crevasses where the 1000-degree, red-orange lava showed through.

From this area, you could not see into the crater. The lopsided rim was angled away. Occasionally, we could see blobs of lava spouting up from the edge. We wanted to see more, so we kept hiking or carefully stepping, I should say, along the hillside above the field of lava.

I was surprised that it did not smell like anything. I’ve been to hot springs, geysers and mud pots and know that sulfur smell.

The magma from this volcano comes from deep below the surface, straight from the Earth’s mantle about 10 miles down. The mantle does not contain much sulfur.

The gasses we needed to worry about were carbon dioxide and carbon monoxide, which don’t smell. They monitor sulfur dioxide and hydrogen sulfide gasses. If these gasses are at dangerous levels, the trails will close for the day.

This can happen when winds are very light. But, winds are not often light in Iceland! It was quite windy this day.

The wind blew a beautiful pyrocumulus cloud south to the ocean. This is where geology and meteorology come together. The heat and ash rose from the crater, forming a cloud.

This pyrocumulus cloud blew south with the prevailing wind. As the cloud cooled, some light rain fell near the coast.

Eventually, after many picture stops and snack stops, we reached the end of Geldingadalur Valley. The edge of the crusty lava field was broken open where Trail A was abruptly cut off by the lava flow.

It smelled weirdly like barbeque here. I guess it was the moss burning as the lava approached. Since there was a river of lava where the trail had been, people were scattered across the steep hillside, wobbling and sliding down, trying to get up the hill from Trail A or get down from the top.

After we decided to slide down the rocky slope to what was left of the trail, we followed the edge of the lava, watching it flow like a river, or ooze out of the channel, setting the moss on fire. This type of lava is called helluhraun in Iceland or pahoehoe in Hawaii.

As we headed for the car, we had no idea that this amazing adventure took eight hours! I collected a pocket full of tephra that the volcano sprayed out a few weeks before the trip. 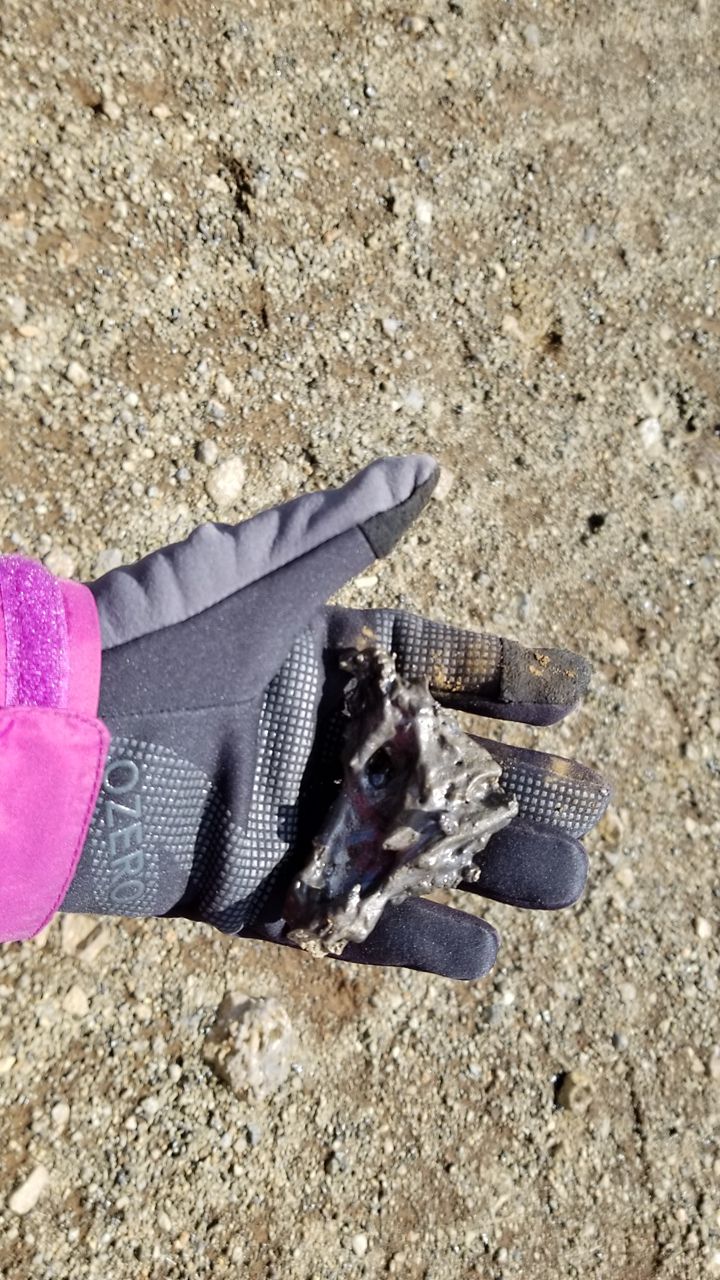 Tephra, which came from the powerful blast of the volcano

When we arrived at our cute little cabin on the harbor in Grindavik, 10 minutes from the volcano, a rainbow at the end of the pyrocumulus cloud greeted us! 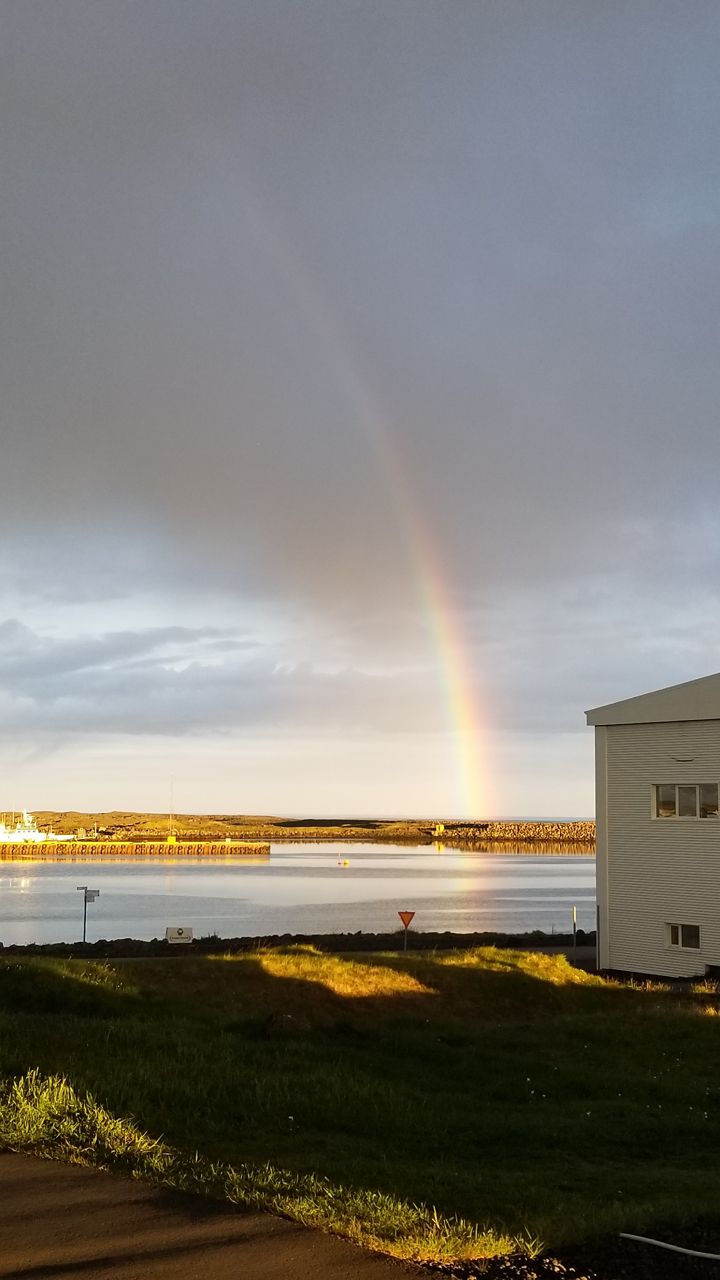