One of the most brutal hurricanes to ever strike our state took place over the Labor Day weekend in 1935. Known as the Labor Day Hurricane, it remains the strongest hurricane ever to make landfall in the United States.

Coming up on Labor Day weekend, weather reports of tropical storm conditions were coming out of the Bahamas. A strengthening storm was headed west toward south Florida and the Florida Keys.

Our nation was in the midst of the Great Depression at the time. The technology to detect hurricanes wasn't close to what it is today.

At this time in 1935, the cat 5 Labor Day Hurricane was hitting the middle-FL Keys. It was very small & intense. pic.twitter.com/QWAmw0wsUG

The federal government created jobs to employ World War I veterans and several large-scale construction projects were ongoing, especially in the Florida Keys. The government sent nearly 700 veterans to the Keys to work on the projects.

Leading up to Labor Day weekend, nearly half of the veterans took a trip to Miami for the weekend, while the rest remained in place on the Florida Keys. There were some alerts that hurricane conditions were possible during Labor Day weekend and some residents began to board up, but many others paid little attention to the storm.

Nobody knew how bad the hurricane was going to be.

The Labor Day Hurricane started to undergo rapid intensification as it neared the Florida Keys. It became a whopping Category 5 hurricane with a very small eye, estimated to be about eight miles wide. 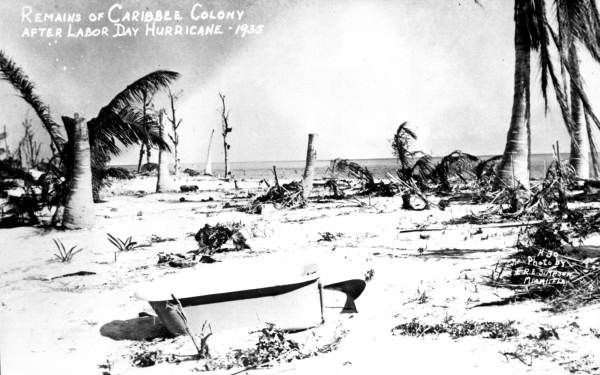 The hurricane made landfall on Long Key during the evening of Sept. 2. Historical weather records say the calm weather in the eye lasted for 55 minutes before the ferocious weather returned.

All wind instruments were destroyed, but an engineering analysis was conducted on the aftermath, estimating the sustained winds reached a peak intensity of 150-200 mph with gusts as high as 250 mph. The damage was unimaginable, but it only covered a small radius of 15 miles, since this was a small but powerful hurricane. 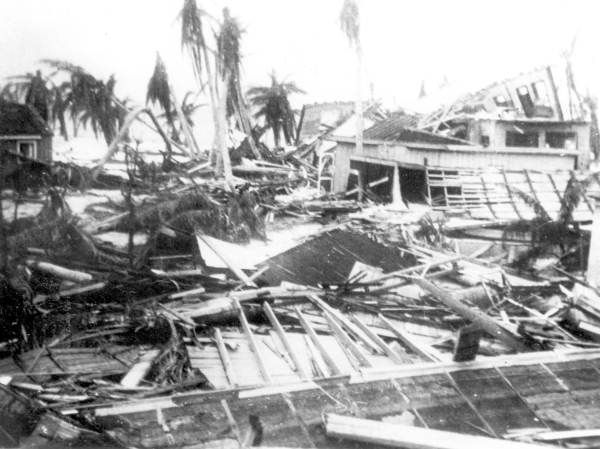 A barometric pressure of 26.98” was reported on Long Key at 10:20 p.m. before the barometer was washed away by a historic storm surge. The lowest official barometric pressure was recorded in Craig, Fla. at 26.35”, or 892 mb, making it the most intense hurricane to ever strike the United States.

A surge of 18-20 feet above normal inundated the Keys and washed away the famous Henry Flagler railroad to Key West. 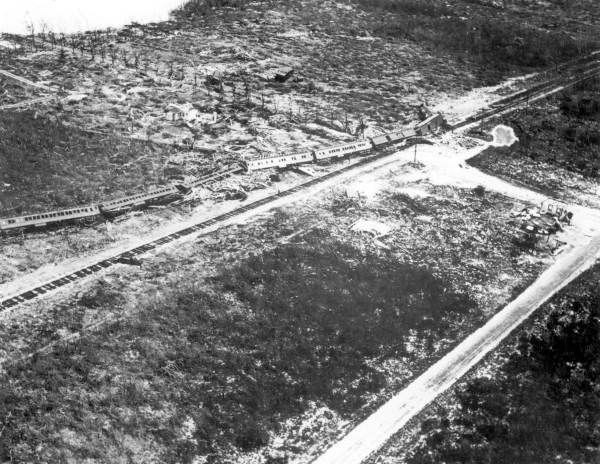 The railway could have been rebuilt, but this was at the height of the Great Depression and the Florida East Coast Railroad was near bankruptcy. To stay operational, the railroad sold the right-of-way to the state for cash rather than rebuild.

Therefore, the Great Depression is to blame for not having a railway to Key West rather than the Labor Day Hurricane itself.

Les Standiford wrote a lot more about this in his book “Last Train to Paradise.” 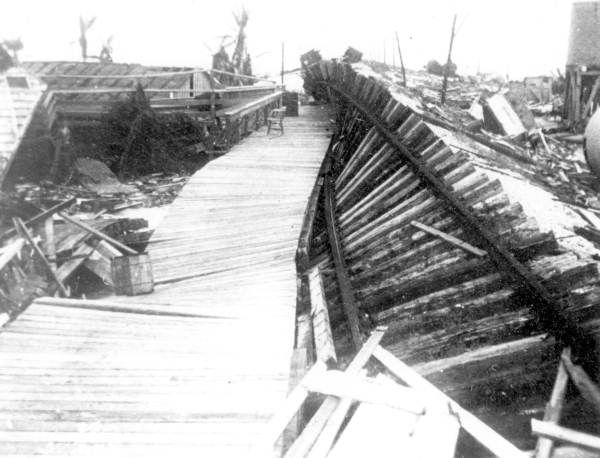 As the hurricane pulled away from the Florida Keys, it began to curve north, tracking along Florida’s West Coast. On the evening of Sept. 3, the hurricane passed just offshore of Tampa Bay before striking Cedar Key the following morning.

Tampa measured hurricane force winds of 75 mph, 7.3 inches of rain, and a 5.3-foot storm surge as the hurricane passed by. It almost hit Tampa Bay directly from the south, but it rapidly weakened and stayed just offshore.

Unfortunately, the storm killed many people in the Florida Keys. It is reported that 252 veterans were killed and 106 additional were injured. It is estimated that the hurricane killed a total of 408 people, including three in Cedar Key. 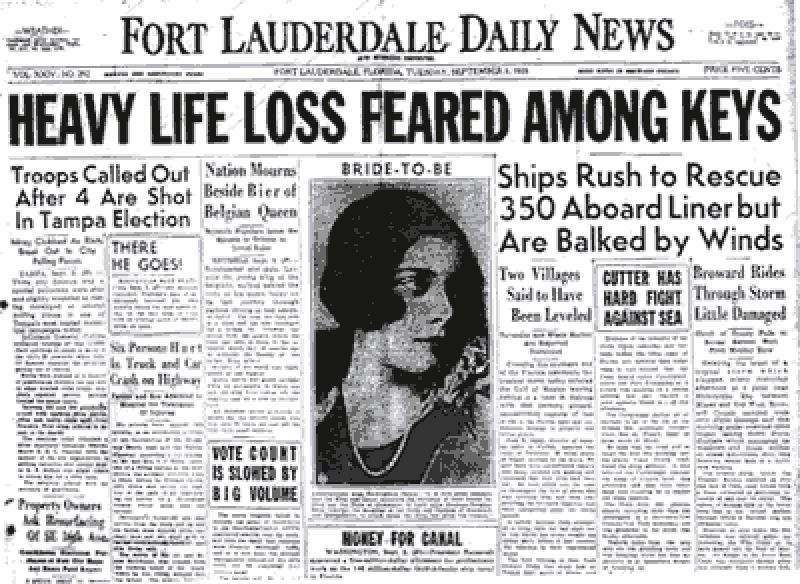 Headline in the Fort Lauderdale Daily News following the Labor Day Hurricane of 1935.

Most of the deaths were believed to be caused by the storm surge.

Had the storm surge not washed away the railroad and killed so many people and the pressure hadn’t been measured, this storm could have easily been missed from the record books because of the small size of the hurricane itself.

Since 1935, technology has advanced considerably. There may have been many storms that were missed in the early 1900s, especially before the satellite era. Today, a variety of instruments and new satellite technology make it easy for meteorologists to spot tropical cyclones. A century ago, meteorologists relied heavily on ship data to pass along information regarding ocean storms.