Sam was a major hurricane for a full week

Even though Sam spent its life in the open Atlantic, it was still a noteworthy hurricane.

Sam came off the coast of Africa as a tropical wave. It was designated Tropical Depression Eighteen on Sept. 22.

The next morning, the depression strengthened into Tropical Storm Sam. It wasted no time getting stronger, rapidly intensifying into a hurricane early on Sept. 24.

On Sept. 25, it reached Category 3 status. It reached its peak intensity on Sept. 26 with top estimated winds of 155 mph, just below Category 5 strength. Sam had a secondary peak of 150 mph winds on Oct. 1. It also remained a major hurricane for seven days.

#Hurricane #Sam has finally weakened to a Category 2 hurricane. Sam was a major (Cat. 3+) hurricane for 7 3/4 consecutive days. Sam is tied with Edouard (1996) for 4th most consecutive days at major hurricane strength in Atlantic in satellite era (1966 onwards). pic.twitter.com/ylDRZe6SMd

Sam passed east of Bermuda the evening of Friday, Oct. 1 into early Saturday, Oct. 2, prompting a Tropical Storm Warning for the island. As Sam moved over cooler waters north of the Gulf Stream, its top winds gradually fell. However, its wind field grew larger in size, covering a significant part of the North Atlantic.

Sam stayed over open water over its entire life, although it had indirect impacts on the Caribbean Islands, Bermuda and the U.S. East Coast. The hurricane created large swells, leading to rip currents and numerous beach rescues. 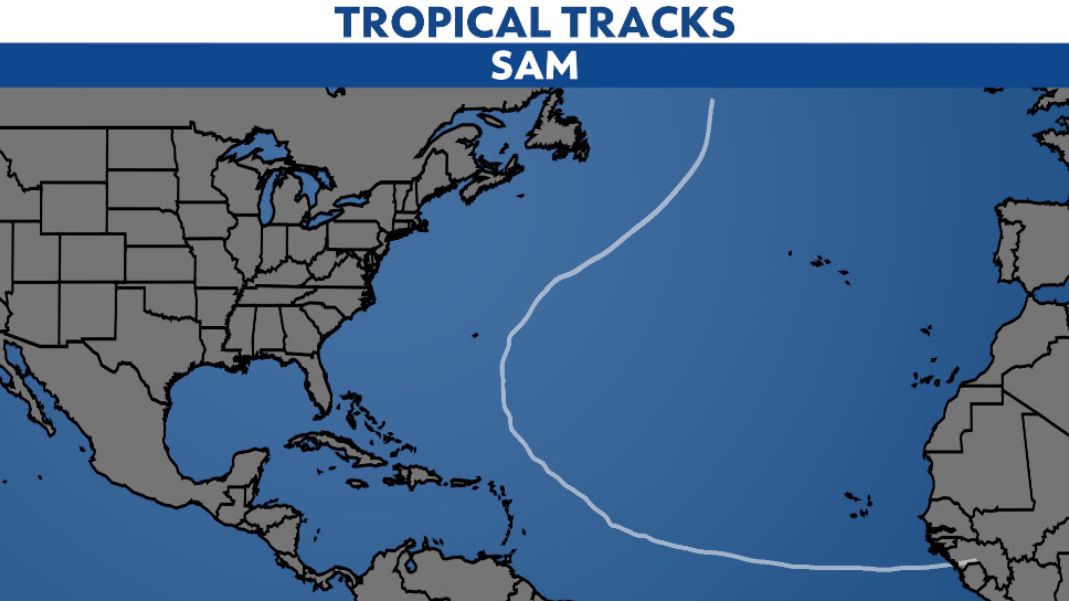