Get an inside look at Klystron 9's new upgrades

Klystron 9 has served the Tampa Bay area for about 14 years, bringing you the clearest view of our Florida thunderstorms and tropical systems. But technology moves on and it was time for upgrades and replacements for Tampa Bay’s No. 1 weather radar.

We waited until the end of hurricane season and the normal dry season to do the week of work. The tower crews certainly appreciated the 70-degree weather with no lightning alerts going off.

Here's what was replaced.

The purpose of the radome is to protect the turning antenna inside from wind and rain. This project replaced our second radome, which was installed in 2007, with a new high-tech dome.

Weather radars don’t operate as well when the radome is wet since it is harder for them to detect the tiny signal bouncing back after hitting a raindrop 300 miles away. This new radome has even better capabilities to shed water when it is raining at the radar site. It is also made of a new composite material that was designed for the military. 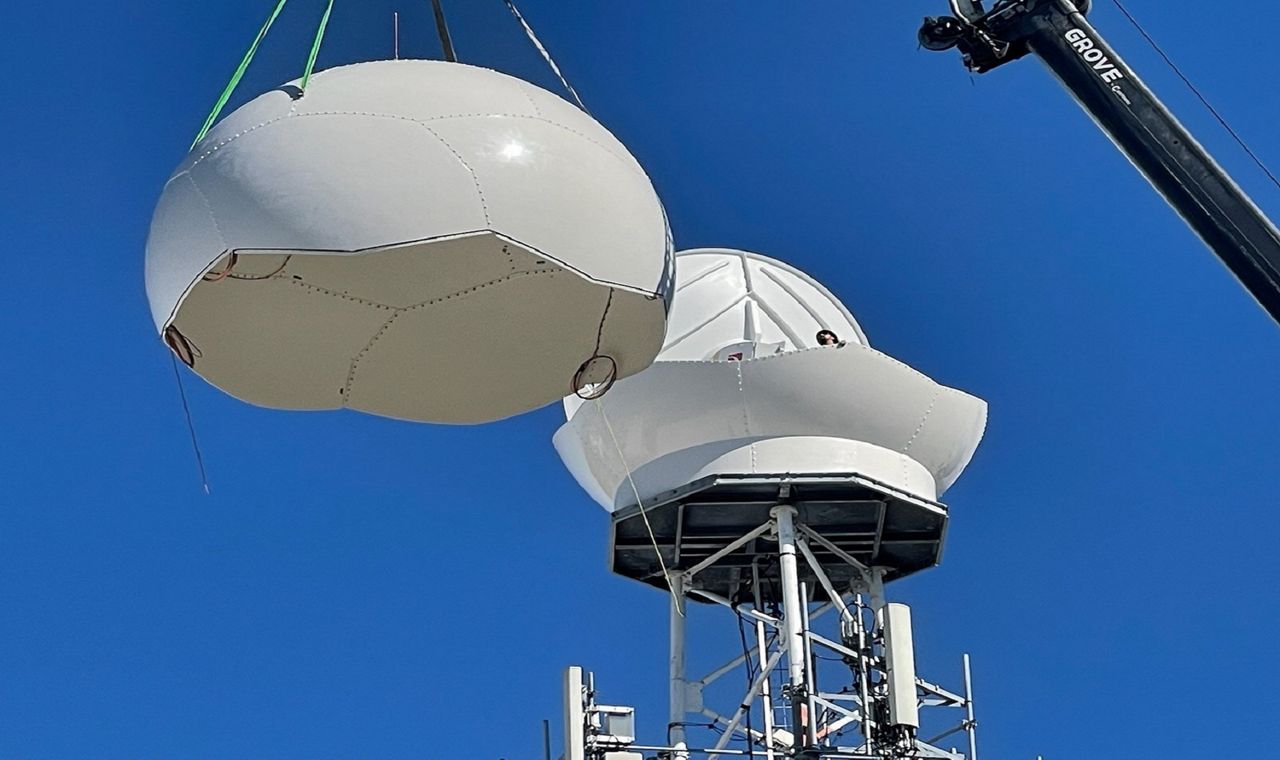 The new dome is rated to 150 mph winds. A radome failure in a hurricane can lead to catastrophic damage, as we saw at the National Weather Service radar in Lake Charles, La. during Hurricane Laura in 2020. This radome is stronger than the one it replaced and the design of the parts' pattern is better for operating a dual-polarization radar.

The dish inside the radome turns 360 degrees twice a minute. Most of the time, a weather radar is “listening” for the pulses to come back. Our Klystron transmitter (the first at any TV station) sends out 200 pulses per second. In between pulses, the sophisticated receiver listens for those pulses to come back. 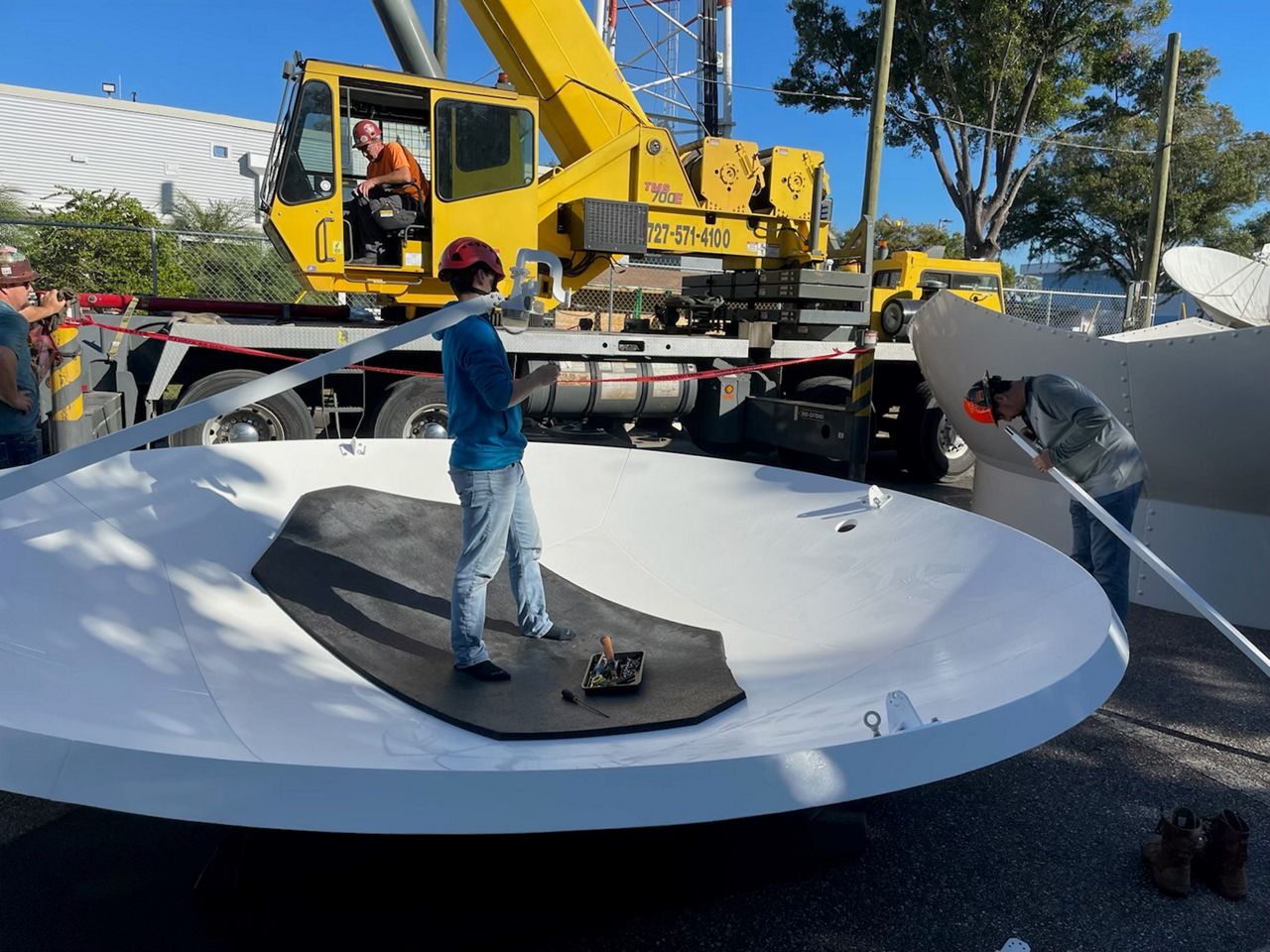 New dish being assembled for Klystron 9.

The bigger the dish, the better, since the beam being transmitted is smaller. It's about the size of a basketball when leaving the dish. We have upgraded the side of the dish, using every inch inside the radome for it to turn.  So, our radome is the same size as before but the new dish inside is bigger.

To capture the minuscule signal of the returning pulse to judge the shape and size of what it reflected off of, incredibly sophisticated electronics have to function on the back of the dish, turning at two to four rotations per minute. 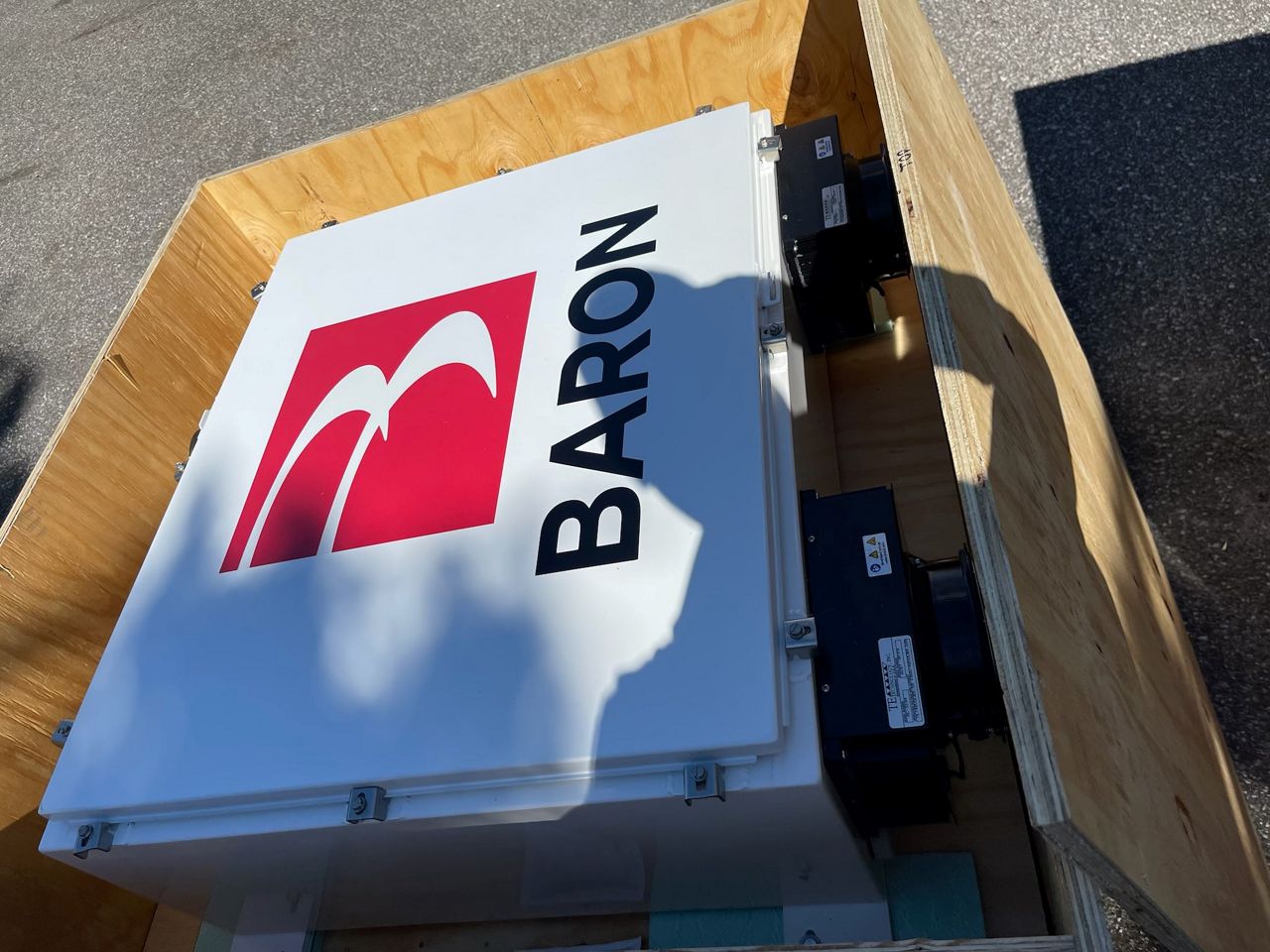 Dual-polarization electronics still in the box, later mounted behind the antenna dish.

Klystron 9 was one of the first five dual-polarization radars installed in 2008, years before even the National Weather Service had the technology. Actually, our design was used by the NWS when all of their radars were upgraded to dual-polarization years later.

This was cool to watch! #Klystron9 @BN9 pic.twitter.com/vMam3UABw2

The design has been perfected and it was time for us to upgrade to a more modern design that is easier to repair. These changes are now on the back of our radar dish.

The pedestal is a huge piece of equipment weighing about one ton. It holds the dish, and a motor inside turns that dish two to four times each minute. We will have the capability of doing rapid scans to track small-scale weather features, such as a tornado.

A meteorologist at Bay News 9 can move the large antenna vertically, giving a 3D scan of storms. Best of all, engineers will have a much easier time with maintenance and repairs.

#Klyston9 getting a new, stronger radome, bigger dish, and new dual pol electronics on the tower today. Weather couldn’t have been better for the crew. pic.twitter.com/DR3MLSuGfu

Our Klystron tube was replaced a few years ago and is still in fine shape, putting out over one million watts to give you the most powerful scan of storms.

The work we are doing on Klystron 9 now will keep it scanning the skies and keep you updated on Spectrum Bay News 9, online and with our Spectrum News app.