While strong hurricanes are uncommon this time of year, weak storms are not. Historically speaking, the Florida Gulf Coast is especially susceptible to tropical systems early in the season.

Hurricane season in June is always one to watch because weakening fronts that stall over the Gulf of Mexico can trigger tropical development. That's why these early season storms impact Florida's Gulf Coast in some sort of way.

A tropical cyclone forms in June every other year, on average.

There are two hot spots that favor tropical storm formation in June: the Northwest Caribbean Sea and the Gulf of Mexico. 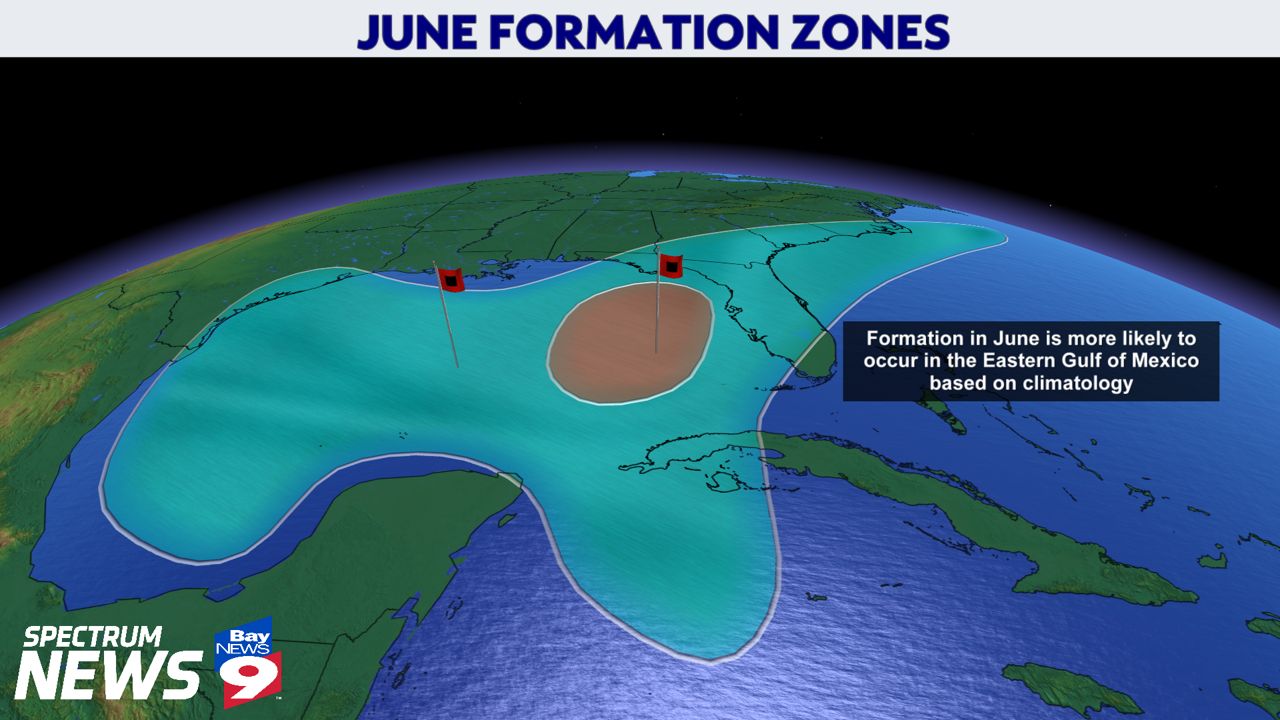 It’s fairly uncommon to see tropical formation out in the middle of the Atlantic this time of year because of excessive dry air from the Sahara Desert. Therefore, the Caribbean Islands like St. Marteen, Puerto Rico, Cuba, etc., are less at risk than areas along the Gulf Coast.

There are two favored tracks during the month of June. 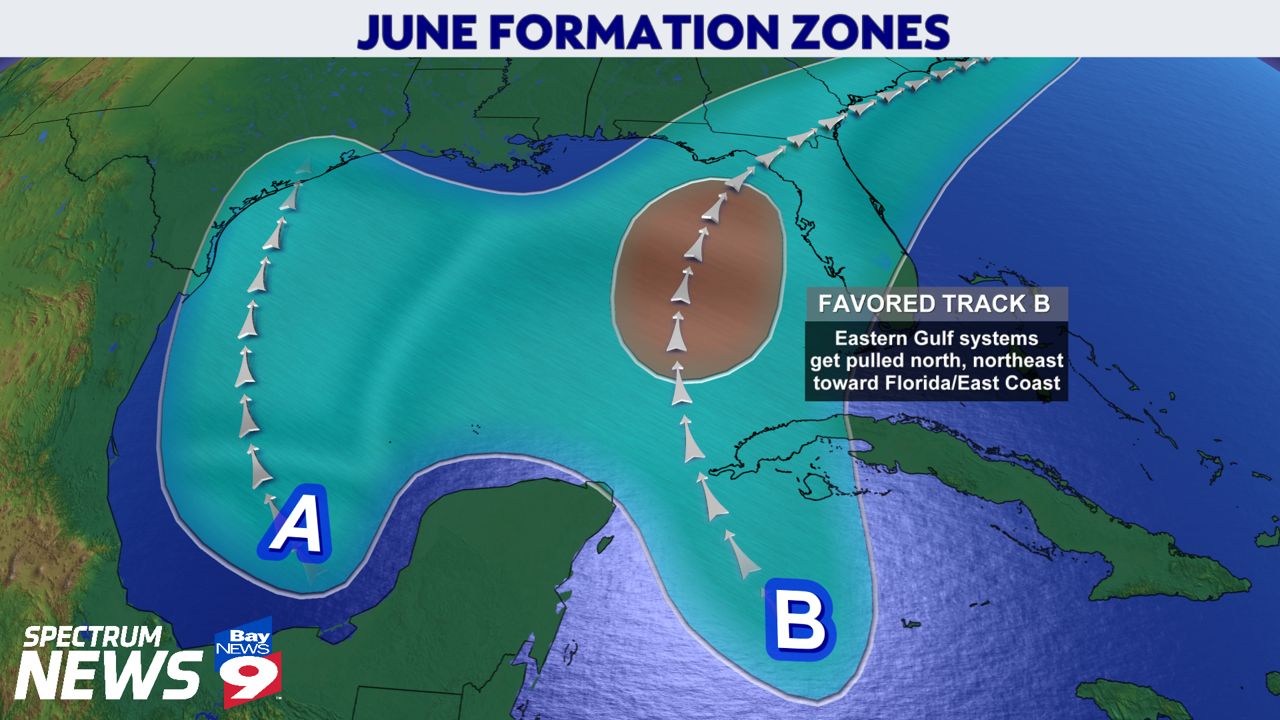 Track A occurs when storms over the western Gulf of Mexico move north toward the West-Central Gulf Coast.

Track B occurs when storms over the eastern Gulf of Mexico move to the north and northeast, usually toward the Florida coastline.

Many storms take a north-to-northeast track over this location. We see this often in June, although most of the storms during this time of year tend to be weaker ones or even subtropical storms.

The first name on the list this year is Alex. Hurricane season ends November 30. 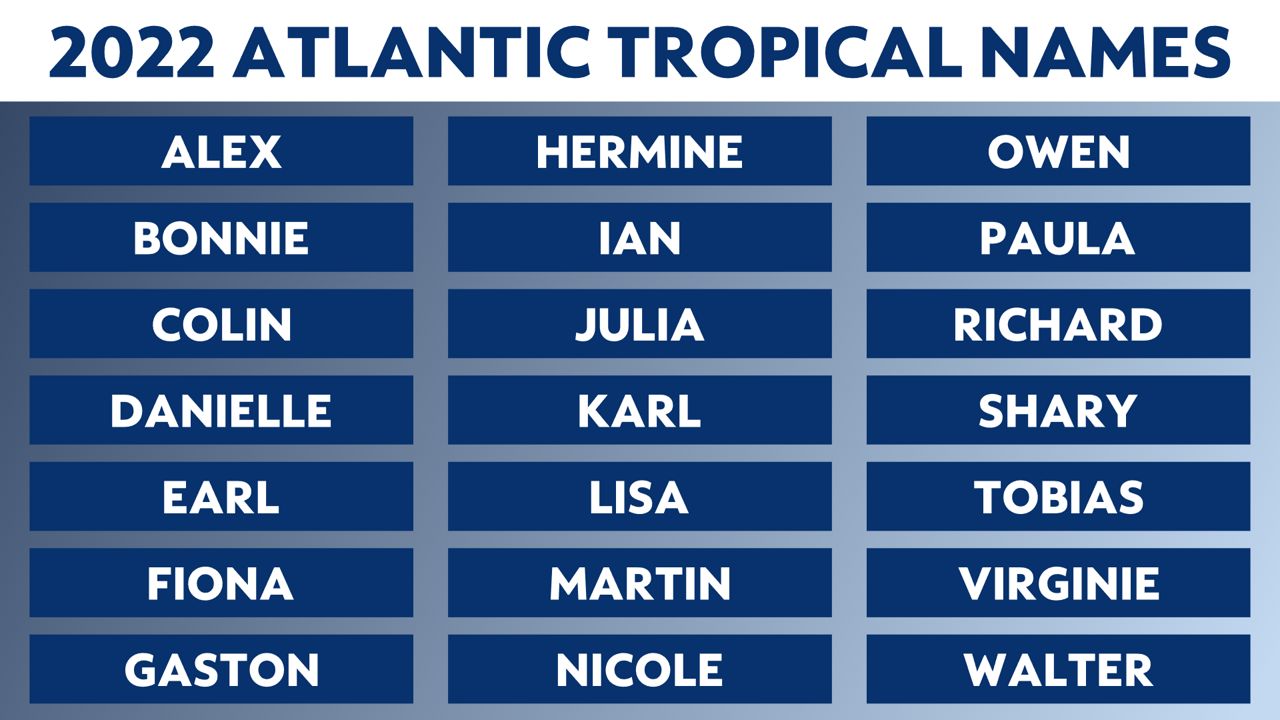