The year was 1950, and the United States Weather Bureau was using the military phonetic alphabet to name tropical storms.

So, the fifth named storm of the season was called 'Easy.'

An area of lower pressure developed into Tropical Storm Easy just south of Cuba. It quickly intensified into a hurricane and moved north. Easy continued to intensify as it moved northward, paralleling the Gulf coast of Florida just west of Tampa Bay and ultimately becoming a major hurricane.

Because of weak steering currents, the storm stalled and looped just west of Pinellas County. It then slowly moved north before stalling again near Cedar Key and doing another loop.

Hurricane Easy then drifted southward, moving into the Homosassa Springs area before turning back to the north and moving toward Georgia.

This slow, weird movement ended up causing major flooding in many west Florida areas. To this day, this is still one of the highest rainfall totals ever in U.S. history from a landfalling hurricane, with 45 inches in Yankeetown, Fla. 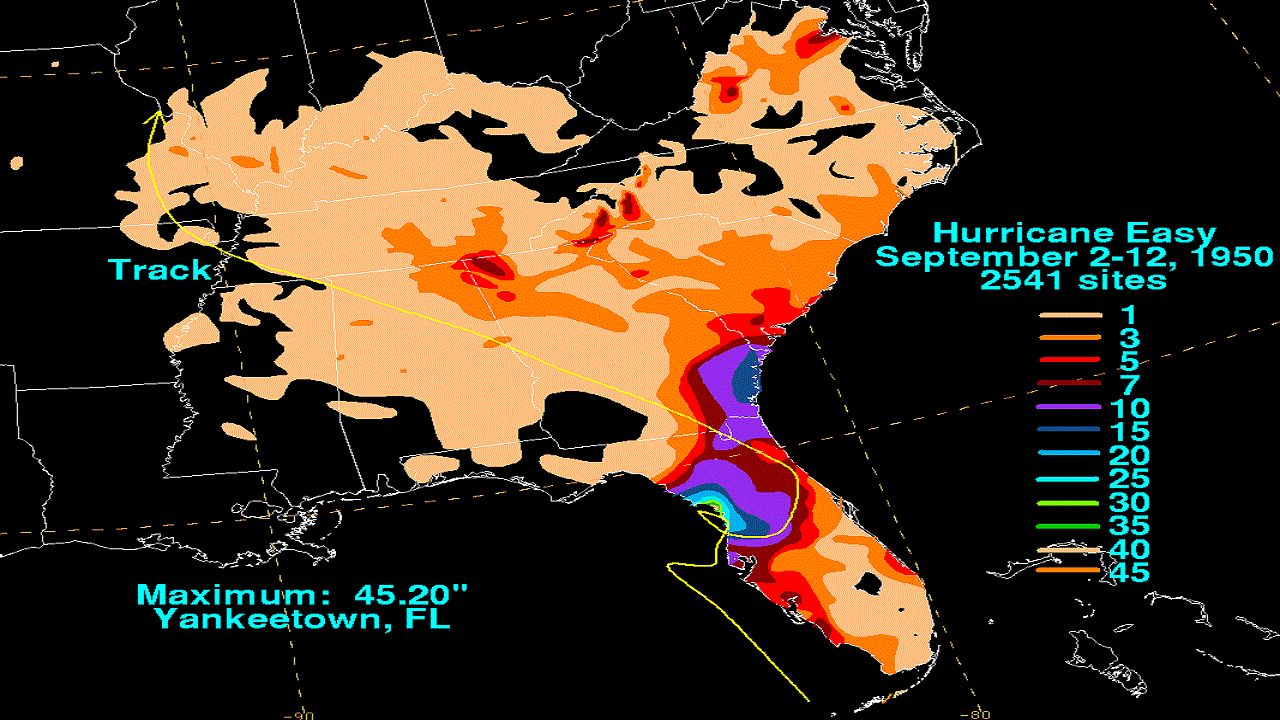 Most areas in west central Florida were not that populated at that time, so there's limited information about the hurricane. The hardest hit area was Cedar Key, where Easy destroyed half of the homes and damaged 90% of the others.

In Tampa Bay, there was a storm surge of 6.5 feet. That was the largest since the historic 1921 storm and still one of the largest ever for the Tampa Bay region. The weird double loops and slow movement were very unpredictable at that time, as weather forecasting was in its infancy.

Research done many decades later theorizes that the storm was caught in a Fujiwhara effect because of the proximity to Hurricane 'Dog' that was to the east of Florida.

The Fujiwhara effect is a phenomenon where two low pressure areas circle each other cyclonically in the northern hemisphere.

Let's hope a storm like this never happens again, as the damage would be much more severe now that the population in this area is much larger.