Ian has brought catastrophic storm surge along the coast, along with the hurricance-force winds and heavy rainfall. Residents inland aren’t in the clear, just yet.

This major hurricane is producing torrential rain as it moves ashore. This can become an urgent situation for the region’s rivers, lakes and creeks.

A wet September in the Tampa area, receiving nearly 10 inches of rain through Sept. 27, 2022. Almost double the amount the region normally sees for the month. This means the heavy rain from Ian will fall on already saturated soils. 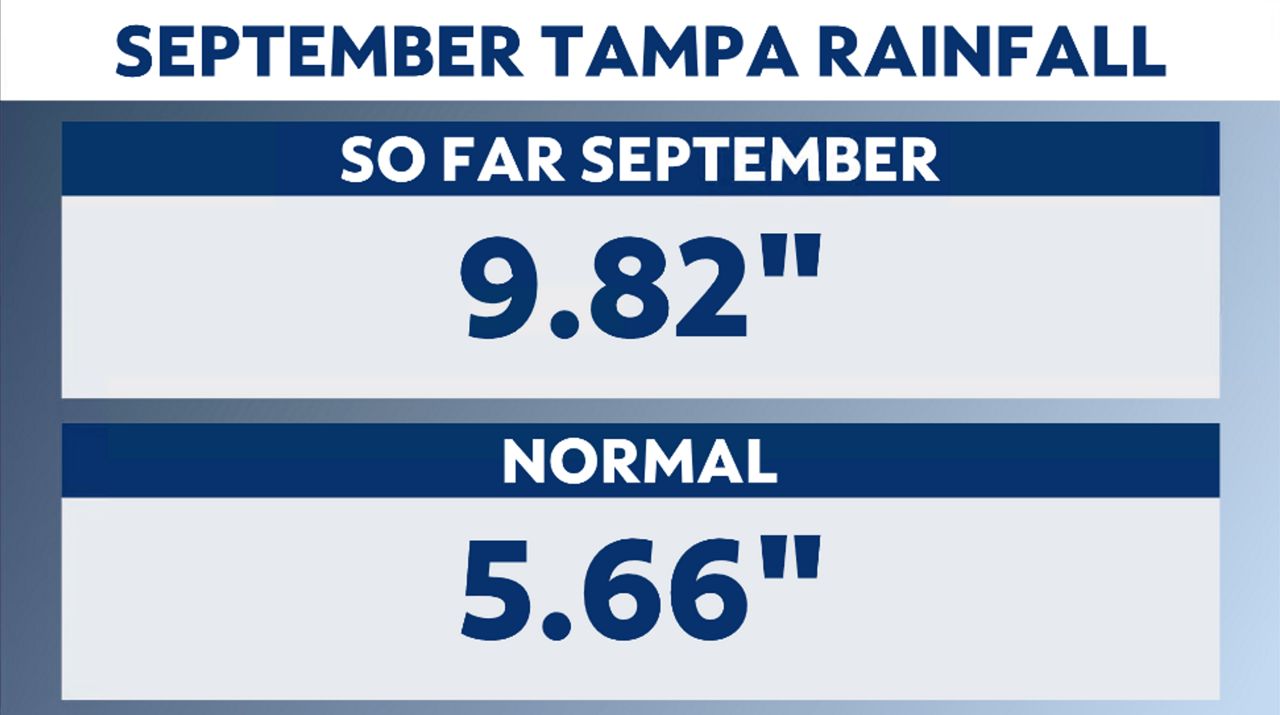 As Ian made its way up the coast on Wednesday morning winds were blowing from the northeast, pushing water from Tampa Bay out from the Bay and into the Gulf, leaving behind muddy grounds. Some residents who didn’t evacuate, ventured out to witness this anomalous sight. 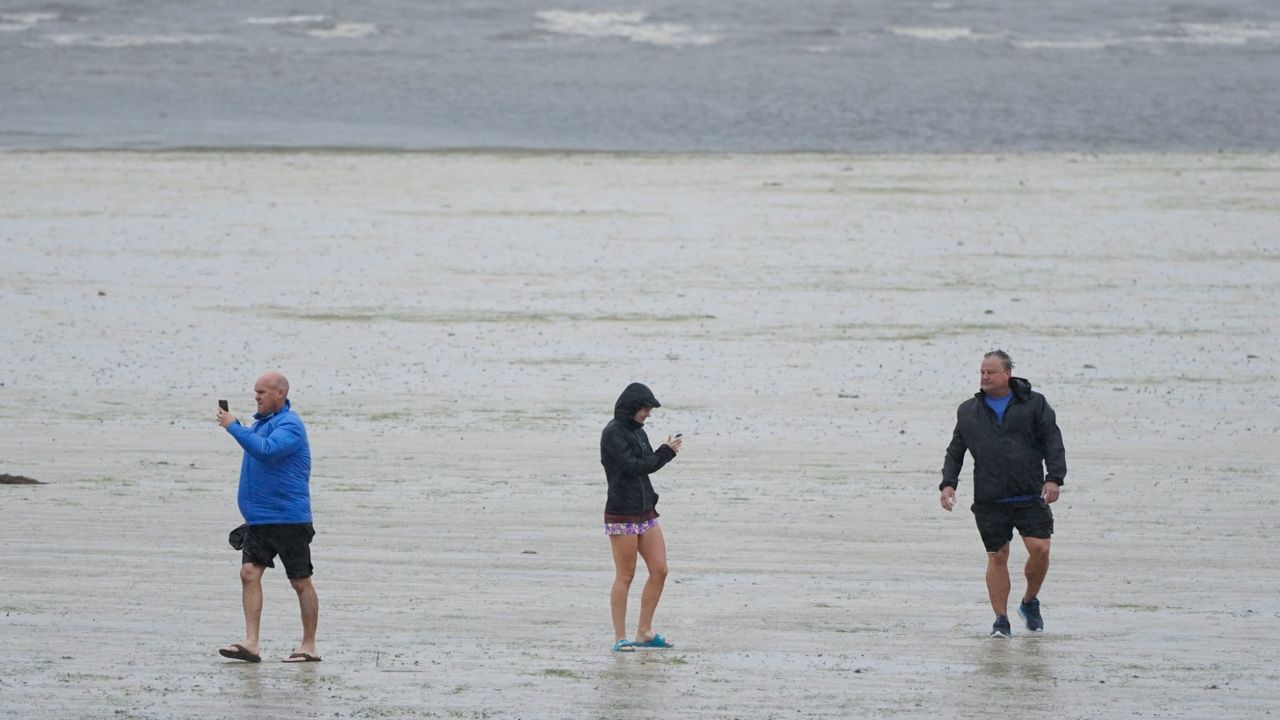 Water from Tampa Bay was pushed out to the Gulf of Mexico. Photo Credit: AP Photo Chris O'Meara.

Spectrum Bay News 9 Tampa Meteorologist Brian McClure explains the concerns along the waterways in the region.  “All rivers could flood the next couple days because of the long duration of heavy rain. So, although I don't know the specifics of all areas, it's possible there will be river flooding on any/all of our rivers.”

Adding that Tampa has wind direction in their favor: “What's helping us though is that we continue to have that northeast wind helping to push the salt water away and allowing the fresh water therefore to flow more freely. Hopefully that will continue to be the case long enough to help us get through this.”

Checking on the hydrographs from the local waterways, the Bays showed low water levels as the water was pushed out. As for some of the bigger rivers that run inland, the Anclote River at Elfers was below flood stage on Wednesday with water levels at 13.52 feet. Flood stage is 20 feet and the river is forecast to rise to Major Flood stage (25.3 feet) by early Saturday morning.

As for the Hillsborough River including Morris Bridge, Temple Terrace, Hillsborough River State Park...Major flooding is forecast. The river is expected to rise above flood stage early Friday morning and continue rising to near 35 feet Saturday morning. Record crest occurred from Hurricane Irma with a crest of 34.66 feet on Sept 14, 2017. 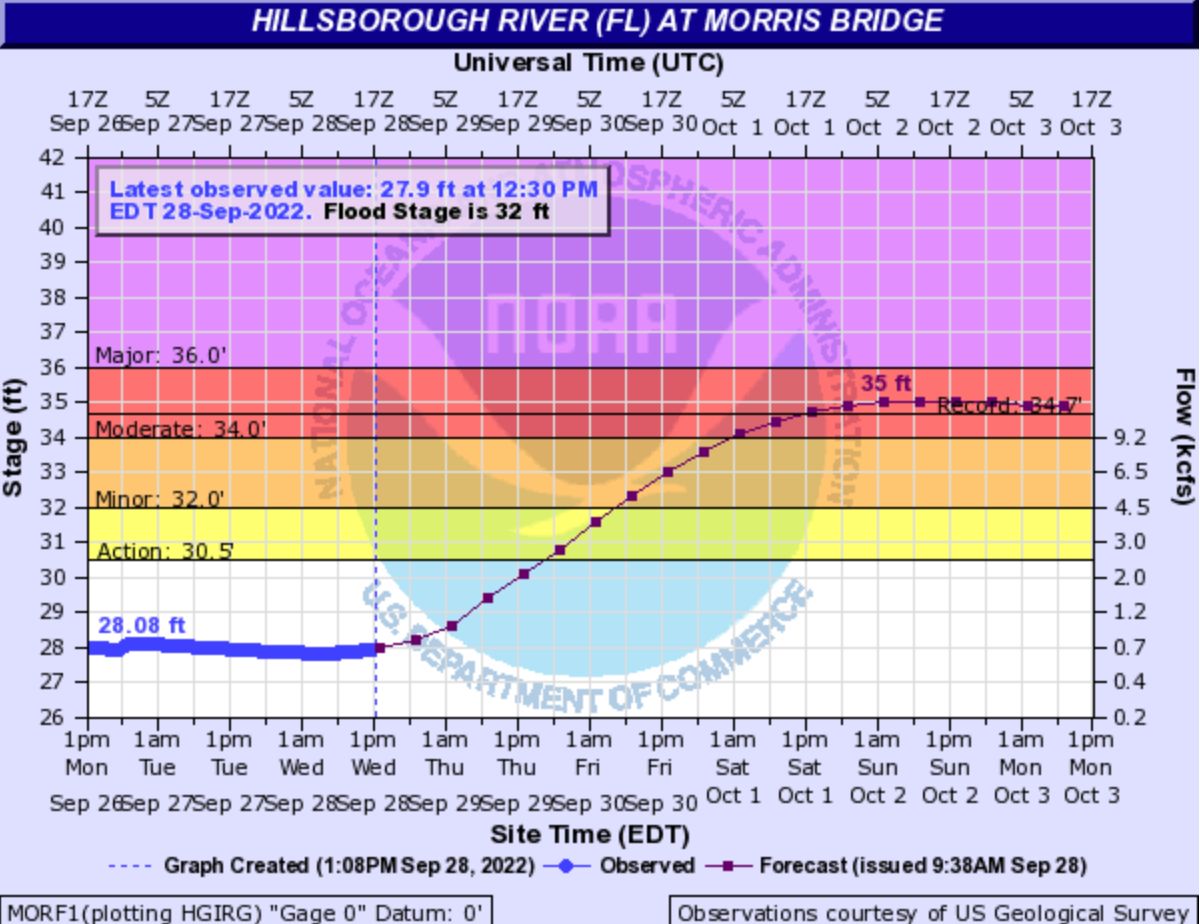 Hydrograph of the Hillsborough River, NOAA

For the Alafia...including Lithia, Riverview near US 301...Major flooding is forecast. The river is expected to rise above flood stage late this afternoon and continue rising to a crest of 25.9 feet Friday evening. Flood Stage is 13 feet.

For updates on the local waterways, you can click here.