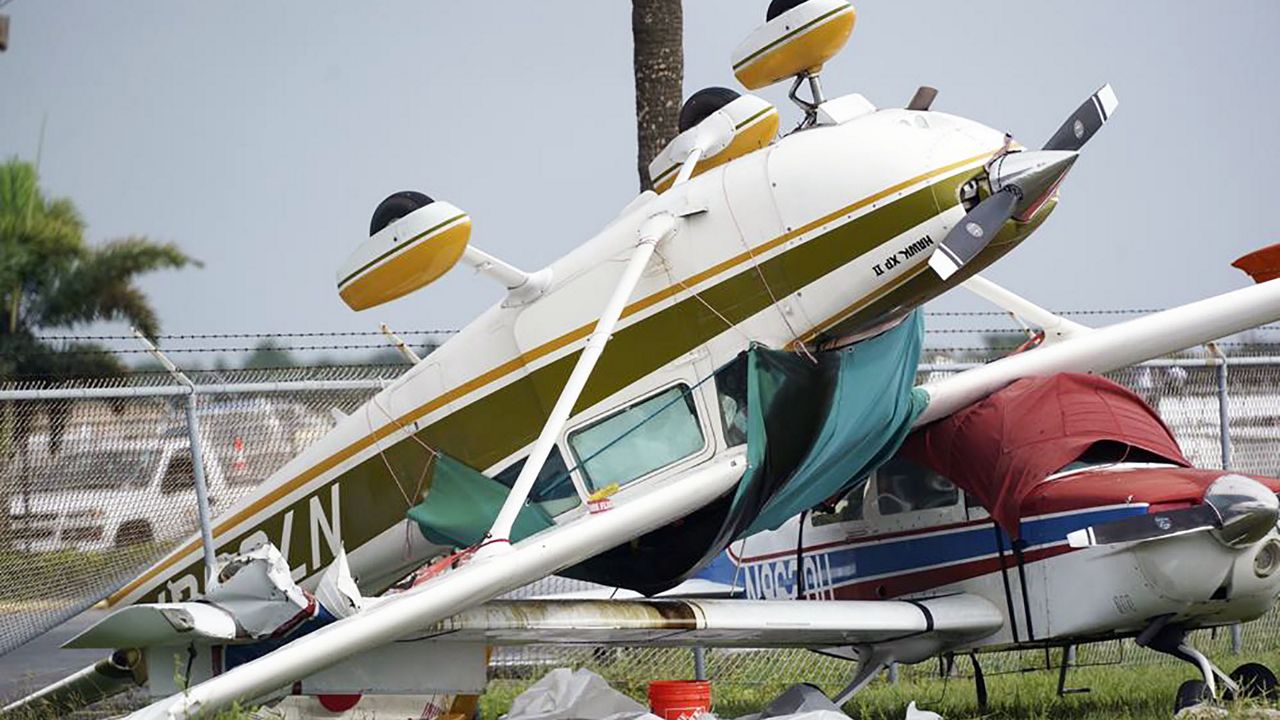 Many neighborhoods and communities in southwest Florida are feeling the effects of Hurricane Ian. The hurricane has brought catastrophic flooding, heavy rain and destructive winds.

Ian made landfall in Cayo Costa, Fla. with max winds of 150 mph. Then after that, it made a second landfall as it moved inland south of Punta Gorda near Pirate Harbor with max wind speeds of 145 mph.

A CLOSER LOOK: See the washed out portions of the Sanibel Bridge after Hurricane Ian wreaked havoc on multiple spans of the roadway. https://t.co/3D73sMPeni pic.twitter.com/H6WXiFB8lS

One of the primary of threats of the storm was storm surge. Heavy rains have flooded parts of Naples, Fort Myers and other communities in central and southwest Florida.

VIDEO: Homes surrounded by water in Kissimmee as a result of Hurricane Ian.

See what a deer 🦌 can do in flood waters? Your car can’t! Be safe folks. @MyNews13 @MyNews13Weather pic.twitter.com/omAGBXBW9q

Ian knocked out the power to tens of thousands of homes. The strong winds brought down trees and power lines.

The storm has also opened up sinkholes too.

Another example of the impacts #Ian has on Central Florida. This sinkhole is in a Winter Springs neighborhood that’s partially flooded. Many residents are without power. @MyNews13 pic.twitter.com/UkWG0YItVq

Ian is now headed toward the Georgia and the Carolinas. As Ian moves up the Atlantic, President Joe Biden declared a state of emergency.