December’s full moon happens the night of Wednesday, Dec. 7, and it’ll perform a disappearing act with Mars for many North America skywatchers.

This month brings us what’s often called the “Cold Moon.” Most of the Native American names have a similar theme with a focus on winter or night.

As usual, the moon will appear full for a couple of days before and after the true full moon, which happens at 11:08 p.m. ET Wednesday night. 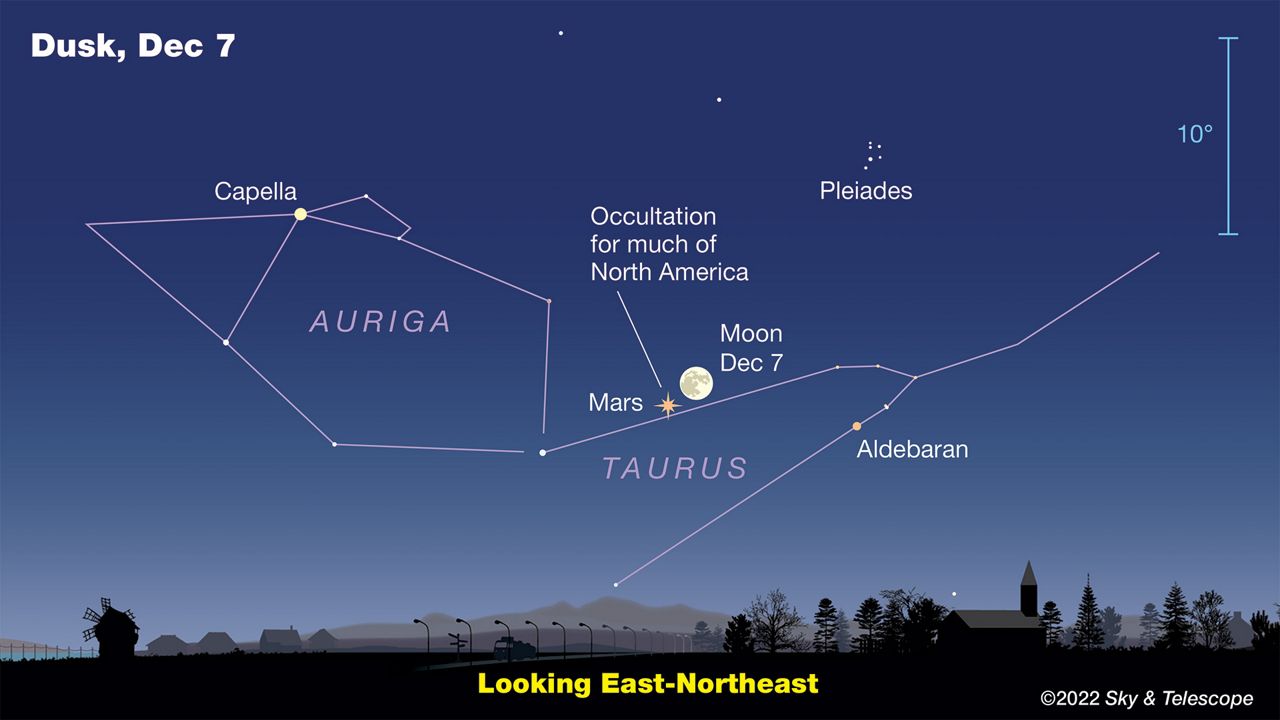 A lunar occultation happens when the moon passes in front of something–in this case, Mars. This will be visible throughout a good share of North America, although those in the Southeast U.S. and up most of the East Coast will just barely miss out. Even so, Mars will be easy to spot near the lower edge of the moon. 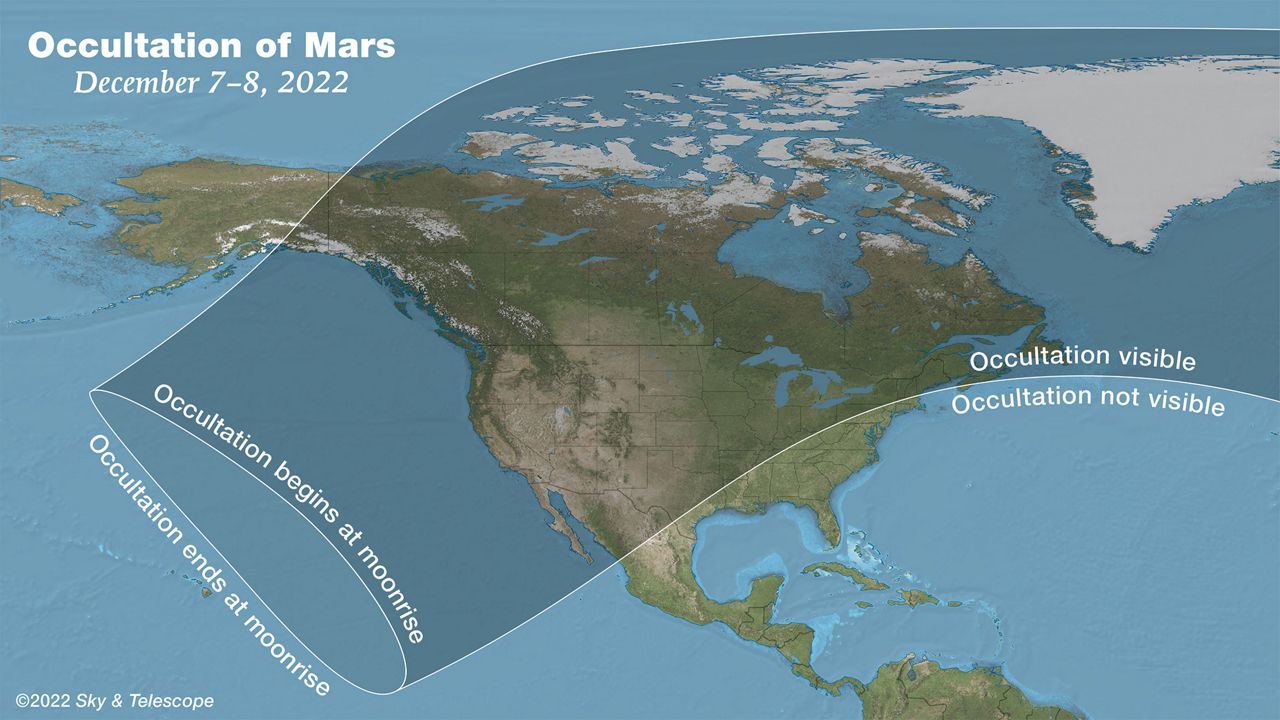 NASA says that the moon will begin its occultation sometime between about 6:30 and 9 p.m. local time, depending on where you live. How long it lasts will also depend on your location. 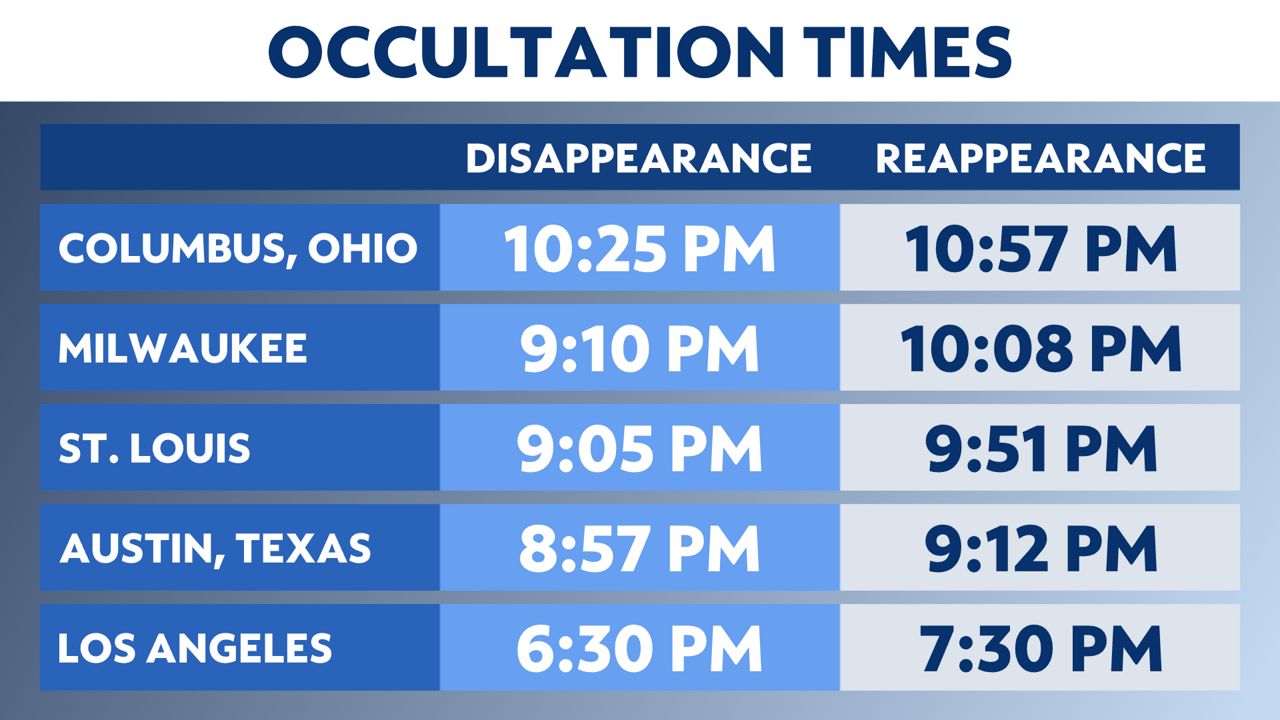 According to Sky & Telescope, the next moon-Mars occultation visible in North America will be Jan. 13, 2025.

A telescope will give you a better view of the event, but binoculars will also work well. You might also be lucky enough to catch a shooting star from the Geminid meteor shower, which peaks Dec. 13 to 14.

Of course, check your local forecast before you head out to look up.

Other than the Geminids, we have a couple of other celestial events to wrap up the year.