Tampa saw record-breaking warmth and above normal rainfall in 2022

Tampa broke a record for the warmest average annual temperature in 2022. It was also in the top 15 wettest years on record.


We saw an average annual temperature of 76.4 degrees in 2022 at the Tampa International Airport. This barely beat out 2017 and 2020 for the warmest year on record by a tenth of a degree.

We calculate the average annual temperature by taking the high and low temperature of each day and dividing it by two to get a daily average, then dividing the sum of all the daily averages by 365. This is the standard for measuring how hot or cold a year is.

Brooksville, Lakeland, Ruskin and Sarasota-Bradenton did not tie or set any annual records, but all of them saw above normal temperatures for the year that are in the top 10 on record.

Overnight lows at Tampa International have been running much warmer than other nearby sites in recent years, at least partly because of urbanization around the airport since the mid-2010s.

Concrete can hold in more warmth overnight than open land or grass. This may explain why the top eight warmest average annual lows occurred in the last eight years at the Tampa airport.

While 2022 was undeniably a warmer than normal year across the area, Tampa’s urban heat island around the airport may be the reason it broke the annual record, while less urban sites were not as warm.

Rainfall was far more abundant than usual in April, June, July, September and November. Overall, it was the 13th wettest year on record for Tampa with 61.95 inches of rain. The annual average is 49.48 inches. 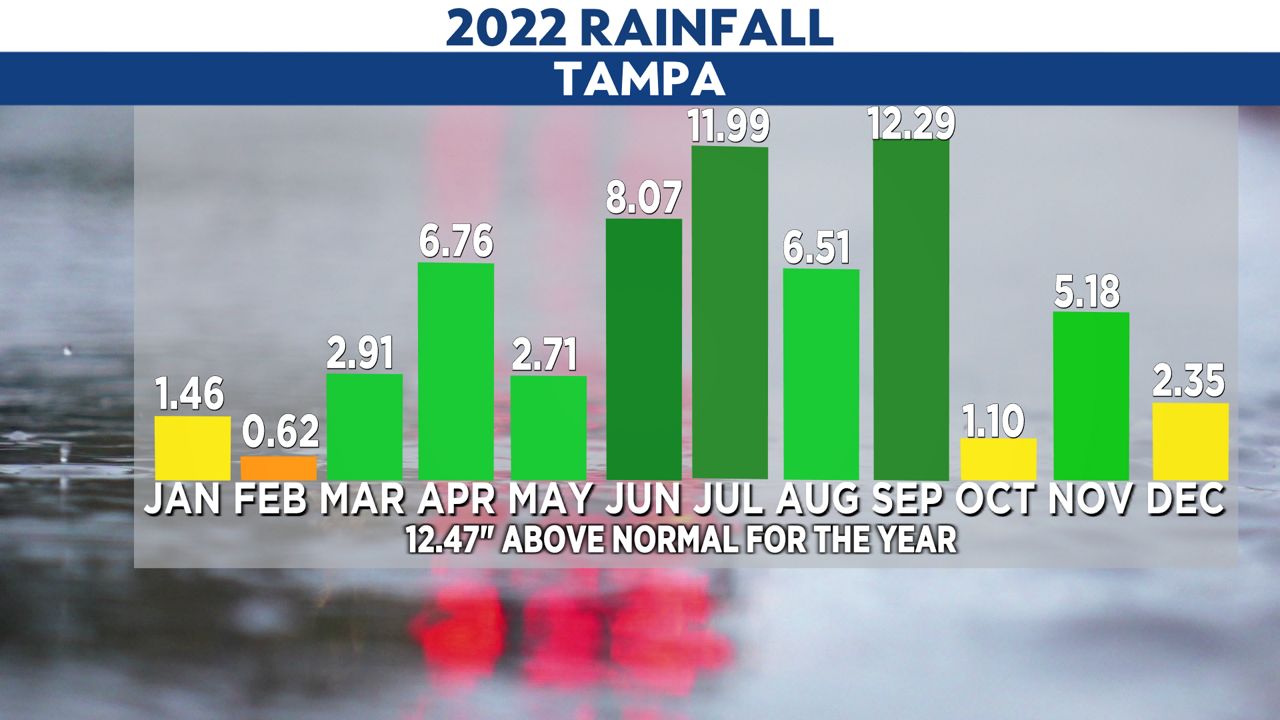 Observed rainfall for 2022 in Tampa

Part of the reason for above normal rainfall in November was Hurricane Nicole, which brought more than half of November’s rainfall. Nicole was mainly a rainmaker across the area, but it brought some power outages and minor wind damage as well.

Hurricane Ian added more rainfall to an already wet September in our area, particularly south and east of Tampa Bay. The extreme wind was south of our area with Ian, but we still saw scattered power outages and some wind damage. 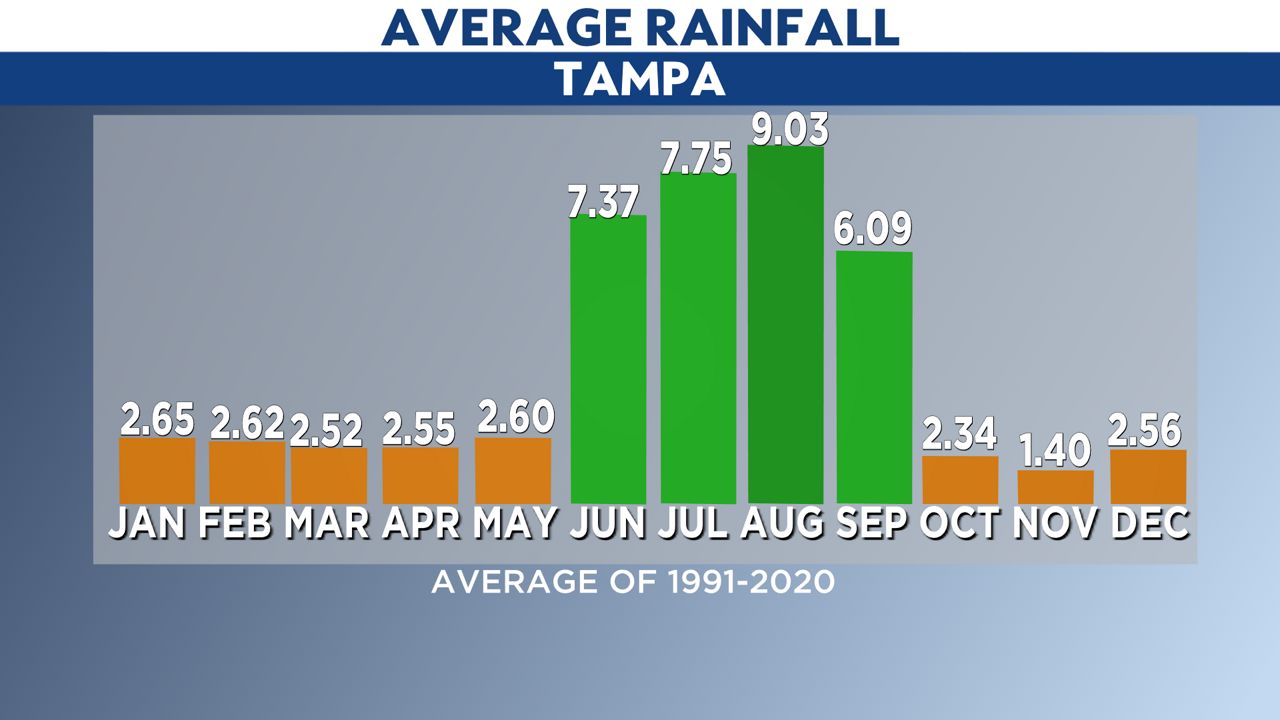 Outside of tropical impacts, fall had more temperature swings compared to earlier months that were consistently above normal. September, October and December saw slightly below normal temperatures.

It was a cold #Christmas afternoon across the #TampaBay area. Record chilly afternoon. The old records for "lowest maximum temperature" were set in 1989. #Florida. Diane Kacmarik pic.twitter.com/rVuRzdXs9l