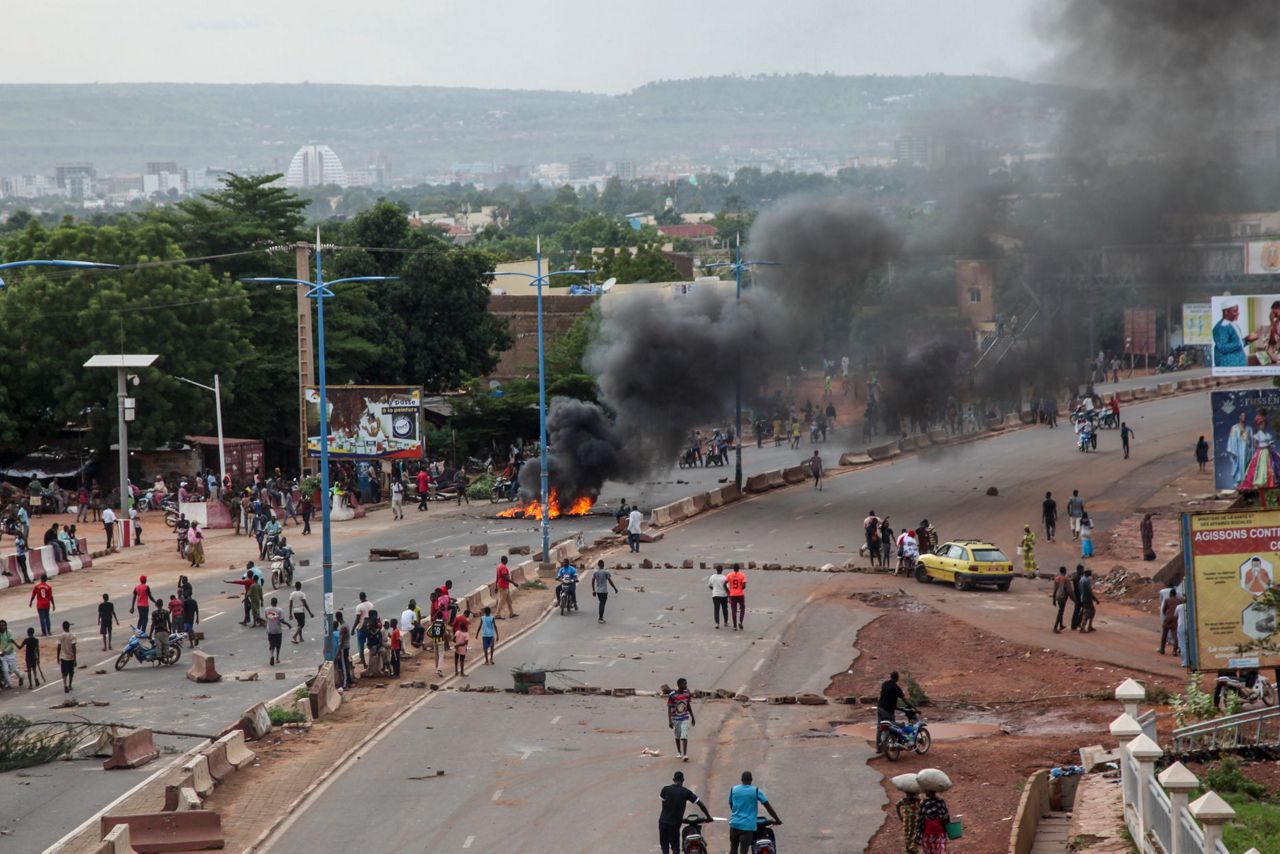 Protesters ransacked a building belonging to President Ibrahim Boubacar Keita's political party on Sunday, underscoring the tensions that remain in Mali, even after the president met one of their top demands.

The latest unrest at a neighborhood headquarters for Keita's RPM party came as mourners returned from funerals to bury several of the victims who have died during political demonstrations in recent days, witnesses said.

Only hours earlier, the president had announced in a televised speech that he had dissolved the constitutional court as demanded by the opposition movement and was willing to consider re-doing contested legislative elections.

The movement's leaders are no longer calling for the resignation of Keita, who has three years left in his final term. But Sunday's unrest showed there are still elements deeply dissatisfied with his leadership.

Eleven people were killed in the violent demonstrations held Friday and Saturday, officials said. The police crackdown now threatens to further escalate the crisis, with one political party already criticizing the government for deploying anti-terrorism forces to the streets during the demonstrations.

Dissolving Mali's constitutional court had been a top demand for the protesters because the body had released official results from legislative elections this spring that now are being disputed by several dozen candidates. Keita also told Malians he was willing to consider re-doing the legislative elections in those areas, saying such concessions are needed to save Mali from further violence.

“We must go beyond ourselves and only consider Mali,” the president said in his televised address late Saturday.

The president, who was elected in 2013 and won a second term five years later, had promised last week to dissolve the court. Demonstrators, though, have said they also want the National Assembly dissolved, a move Keita has yet to endorse.

On Friday, thousands marched through the streets of the capital, even briefly occupying the state television offices. The unrest in the capital continued Saturday, when police fired tear gas on crowds that were smaller than the day before.

All scenarios are still possible in Mali, where the last democratically elected president was overthrown in a military coup in 2012, said Baba Dakono, a researcher and political analyst.

“It is difficult now to say whether President Ibrahim Boubacar Keita can still benefit from the support of the army,” Dakono said.

Even if senior military officers are loyal to Keita's government, lower-ranking officers and army rank-and-file can be unpredictable, he said.

When Keita was elected in 2013, a French-led military operation had ousted Islamic extremists from key towns in northern Mali just months earlier. In the seven years since, though, those militants have regrouped and continue to launch deadly attacks on Malian forces despite the presence of U.N. peacekeepers, French troops and regional forces.

The violence wracked by extremists also has greatly expanded into central Mali during Keita's presidency, fueling tensions between ethnic groups seen as allying with the jihadists and those seen as loyal to the Malian government.

Last year was particularly deadly as hundreds of soldiers were killed in the north, forcing the military at one point to close down some of its most remote and vulnerable outposts. It prompted criticism of how Keita's government has handled the crisis. A similar wave of violence targeting Malian soldiers in the north, launched by separatist rebels, precipitated the 2012 coup that overthrew President Amadou Toumani Toure.

The coup's leader later handed over power to a transitional civilian government following international pressure, and democratic elections were then organized which Keita won.