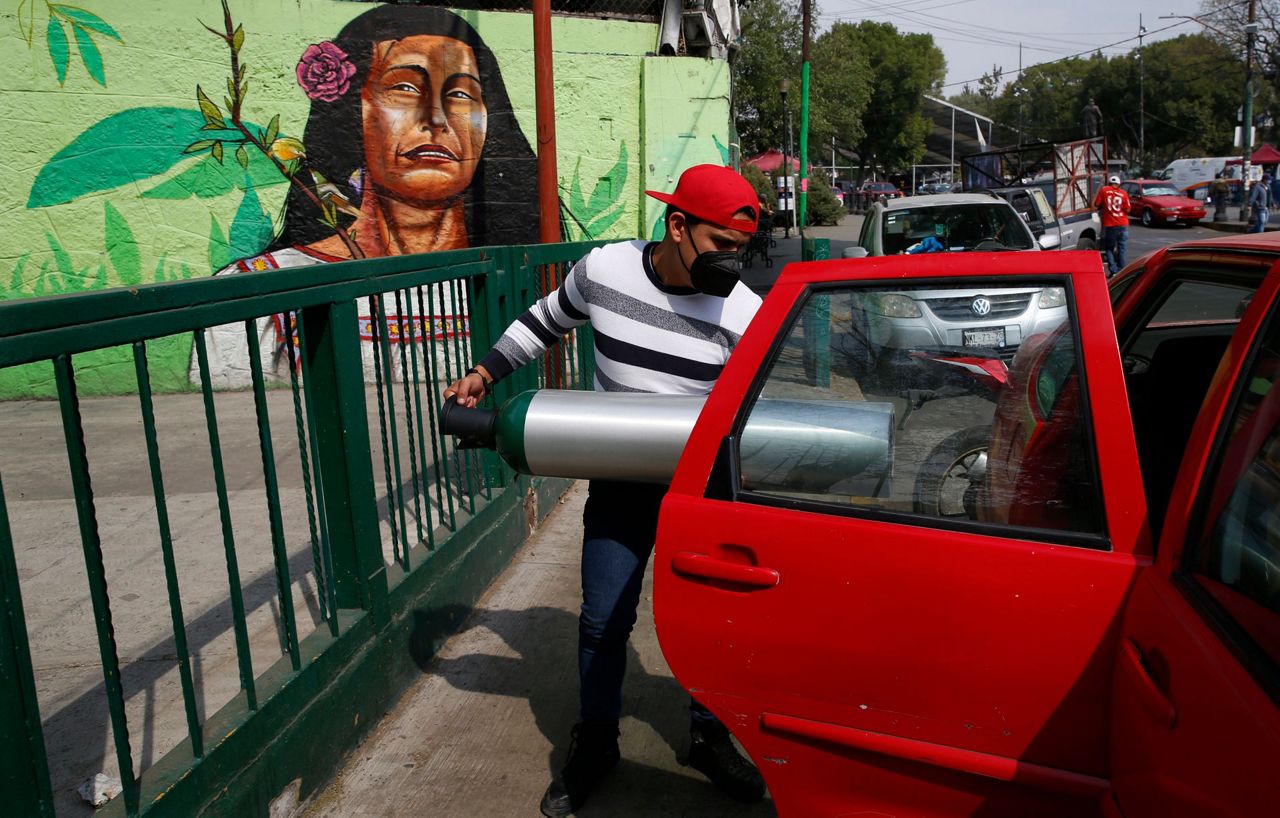 MEXICO CITY (AP) — Mexico is recording some of its highest daily death tolls since the coronavirus pandemic began, with 1,539 deaths reported Wednesday and 1,584 the previous day.

There was also a near-record one-day rise in new virus cases of 20,548 Wednesday.

Mexico has seen almost 1.69 million confirmed coronavirus infections and over 144,000 test-confirmed deaths related to COVID-19. The country’s testing rate is extremely low, however, and official estimates suggest the real death toll is closer to 195,000.

Hospitals in Mexico City, the current center of the pandemic in Mexico, were at 89% capacity Wednesday, while 61% of hospital beds nationwide were filled.

The difficulty in finding open hospital beds has led many families to try to treat their relatives at home, which has created spot shortages of oxygen and tanks, and sparked an uptick in thefts targeting oxygen tanks.

An armed thief stole oxygen tanks from a hospital in northern Mexico on Tuesday, and other thieves stole a truck carrying oxygen tanks near Mexico City.

On Wednesday, federal police said armed thieves kidnapped a man in Ecatepec, north of Mexico City, to hijack the truck in which he was carrying 44 oxygen tanks to distribute to COVID-19 patients. Police chased the truck, rescued the driver and arrested the two suspects.

Mexico has received only about 750,000 doses of the Pfizer vaccine, with about 500,000 administered so far. The country has 750,000 front-line medical personnel, all of whom will need two doses.